I think it's about time for the lowboys for both games(both base game and DLCs).Car transporter is a wish for me,but the wait has been long for the lowboys.
What makes SCS not releasing them lowboys?
Top

I hope it's a new model and not the one we already have in game, those ETS1/GTS/UKTS trailers really need to be replaced ASAP
Top

@Marcello Julio I think you could be right. As soon as that blog for Iberia's car industry was made, I made a post way back in May that would need to happen to ATS in this post. I can see SCS revamping it for ATS as well eventually. But it has to be totally revamped. I am not sure if you guys noticed, but in the last couple of dlc's, SCS has been making a lot more car lots and bigger ones. One thing I always mention for those that wanted dedicated car transports in ATS, that SCS has to make more and various sizes of car dealerships. The current ones are too small to make delivers fun. I think we have been getting groomed for a revamp for awhile and never knew it...........until that Iberia blog came. There is a good half dozen companies that ties into that industry for both games. Ports, car manufacturers, train depots, vehicle parts, dealerships, rental fleets.....it will be great for both games.

Typically what one game gets, the other gets. Sure there are exclusives but for the most part, the same industries exist in both countries. The trend should be to have both games feature the same industries when or if they exist for both countries. Obviously ETS2 is much larger and older so more areas in ETS2 are exposed to more. ATS is much much further behind and not all industries are available yet because SCS just hasn't mapped that state that introduces it yet. That part is understood. Yet ATS can still be deeper in other industries but it isn't really. Hopefully that's starting to change as we move forward.

@Virgo91 yeah we are still waiting for lowboys and other tankers still. The two most requested for ownership still missing since 1.32. That was what, summer 2018 right. Some tankers are in but not all. In ATS, I don't think we need rebuilt lowboys. The hh dlc took care of that. ETS2 is a different story though. But imho, I think there are several customized parts that are needed to come with lowboy ownership. ATS trailers has a few more parts to them. First off, which ones will be ownable. Articulated, single pivot, ones with the spread/booster. Do we get the booster to be raised. If owned, can the game stack the booster and the jeep like with F4 like the below pic? Can ATS get at least a light tuning pack that comes with owned low boys. Not need to have to wait for all 7 truck brands in. We could get them all this year anyways. Light bars, strobe lights on truck and trailer, not just beacons, banner/flag options to remove without service shop visits. All these need to come with owned lowboys for both games. Car Transport trailers in ATS for sure needs a massive overhaul. The current trailers are too short for one. But the tricky part is, do truck parts come to make dedicated car transporters. Does this require licensing adjustments. Those dedicated haulers don't have 5th wheels. Does SCS just stick with 5th trailers for ATS. I can see people complaining if dedicated trucks don't come but what can you do. It will be interesting how the ATS side plays out. Me personally, as long as we get the 7 vehicle variant vs the too short 5 vehicle variant, I am cool. Both games haul vehicles on different trailers both countries have both 5th wheel and dedicated. Now in NA, dedicated is all over. But I don't know if the same is for Europe. How does SCS handled dedicated haulers for both is the question. We might not get it or options come to make them dedicated. It's a nightmare when the night is pitch black, at the yard or at the truck stop
Sorry, out of office
Top

Oh GOD... my eyes is burning. Look at those wires. 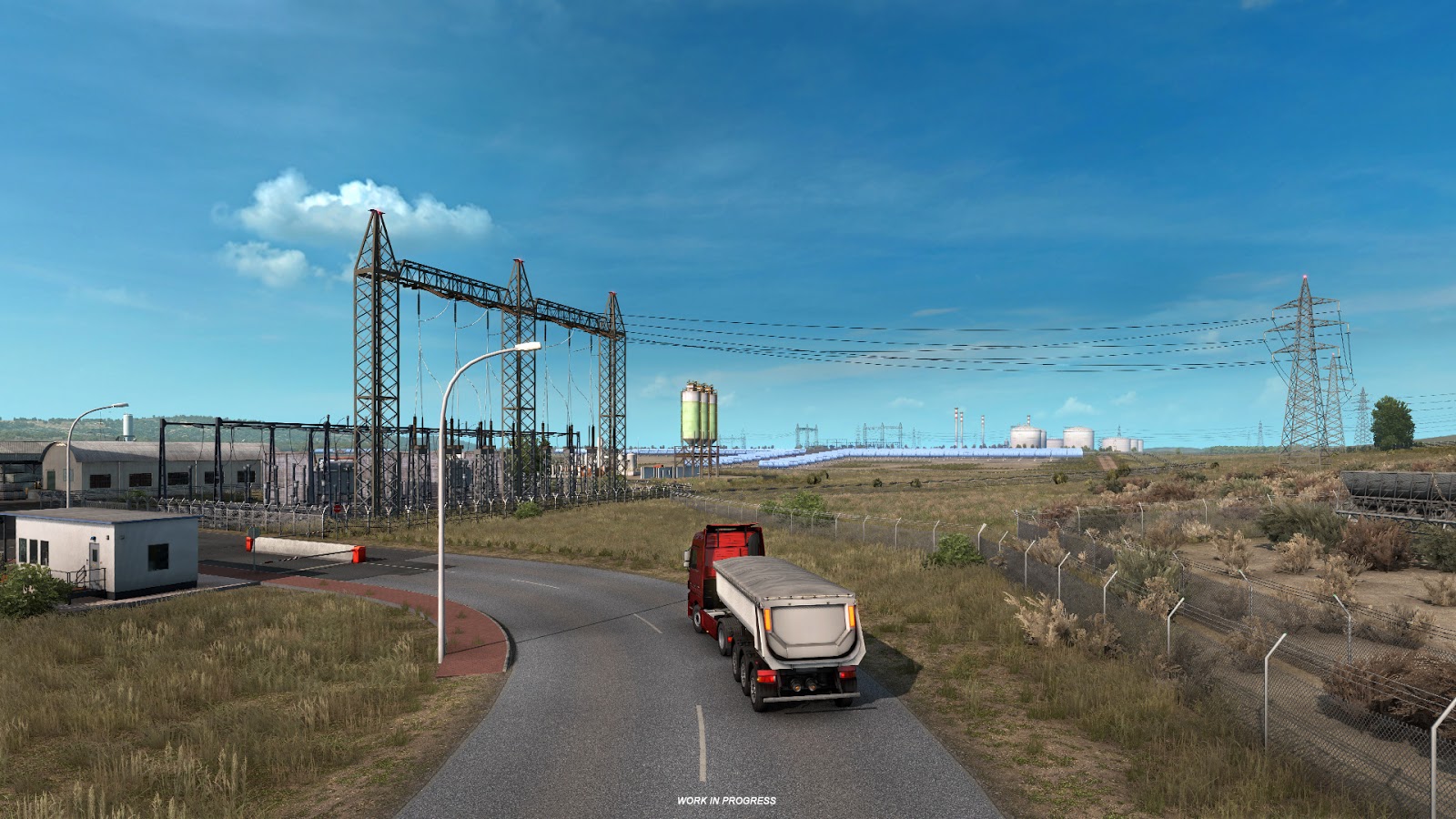 And not only wires... there is flickers everywhere. This is the reality of the game.

@Virgo91 Right... with a big cost of FPS. But instead SSAO, i'll prefer NPI for better AA .