Forum rules
SCS as a company do not wish to have paid mods on this forum. While we understand that not all paid mods use the Intellectual Property of other companies/people, it is very hard to moderate what is and isn't acceptable when money is involved. There are also concerns that it could look unfavorable to potential work partners going forward if SCS allow mods that may potentially use unlicensed branding.
Posting in the Mods forum (ATS and ETS2) is restricted to sharing free-to-the-public mods and providing support for mods. For more details, please check chapters [4] and [5] of Forum Rules.
Post Reply
9 posts • Page 1 of 1

Hey folks, some of you may know me from my ATS map, Island Map. If not, let me introduce myself. I began mapping content for ATS in late 2018. I made several small maps that never were released. I released Project East (now discontinued) in May of 2019. In November of 2020, I released Island Map. I will continue to update and add new things to that map. A couple of months ago, I started mapping in ETS2. It took a while to get used to some of the differences in the ETS2 editor. But now, I'm confident that I am on a path to release some content for ETS2.

Version 0.1.0 will add and revise Irish roads and cities. It will be added to the existing Irish Promods. Therefore, Promods ETS2 is required and subsequently, all map DLCs are also required.

Version 0.1.0 will contain one city, Tuam. But it will refresh a lot of existing Promods content. It will also redo the entire road network around Galway. Now, you'll be able to travel the M 18 and connect to the M 6, without having to travel on a 2 lane N road. I have a video showing that too. See below.

Screenshots & Videos
I will update this periodically.

The video above might not work for some. https://www.youtube.com/watch?v=5ugo5G2xruw
- Duckie
Map Modder for ATS and ETS2.

Looking forward this this!
Top

Video: i don't see anything of ireland only highway
Top

@donpeppe That's the point of the video. It showcases a reworked motorway in Ireland. I can't show too much. I understand that your excitement. Be patient though, it's coming soon.

I'm happy to announce that Ireland Map is finished. Well... at least content wise. Ireland Map needs to enter an extensive testing period before it is deemed stable for the public. Usually this process takes around 1 - 2 weeks (since my map is relatively small). With that said, the release date for Ireland Map 0.1 is set at:

This first update will include one city (Tuam) and a rework of Galway. Ireland Map will also rework the motorway network in Western Ireland and Dublin. This includes the brand new (~ 3 years old IRL) M 18 / M 17 extension to Tuam (This is shown in the video on the front page).
M6, M 20, M 18 and Dublin Area Motorways will be reworked.

This update is just the foundations of Ireland Map. There will be more to come. Especially in rural areas!

Here's a teaser of Tuam: 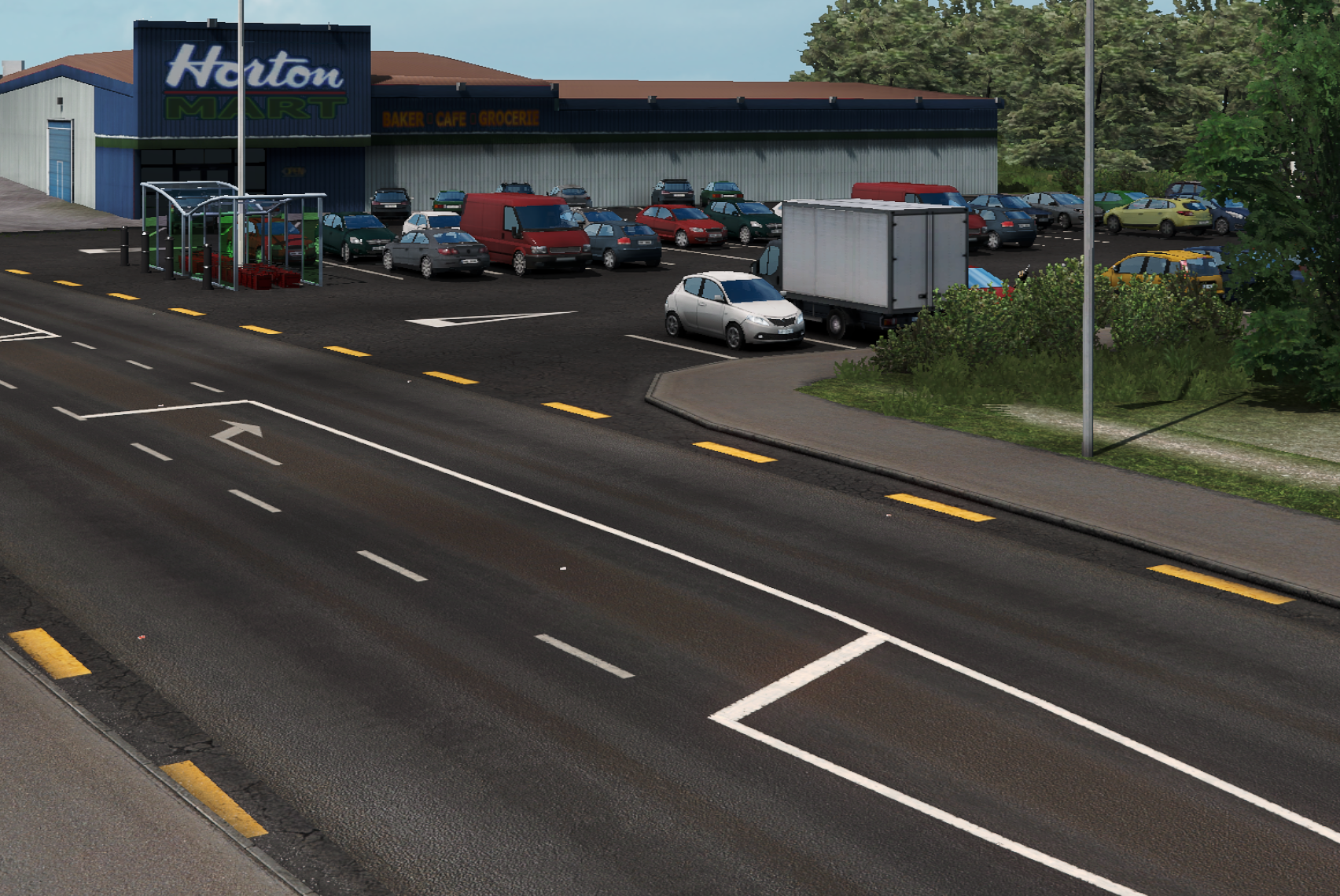 UI MAP
Yes, I know there is a road that ends abruptly. This will be deleted in the public version. 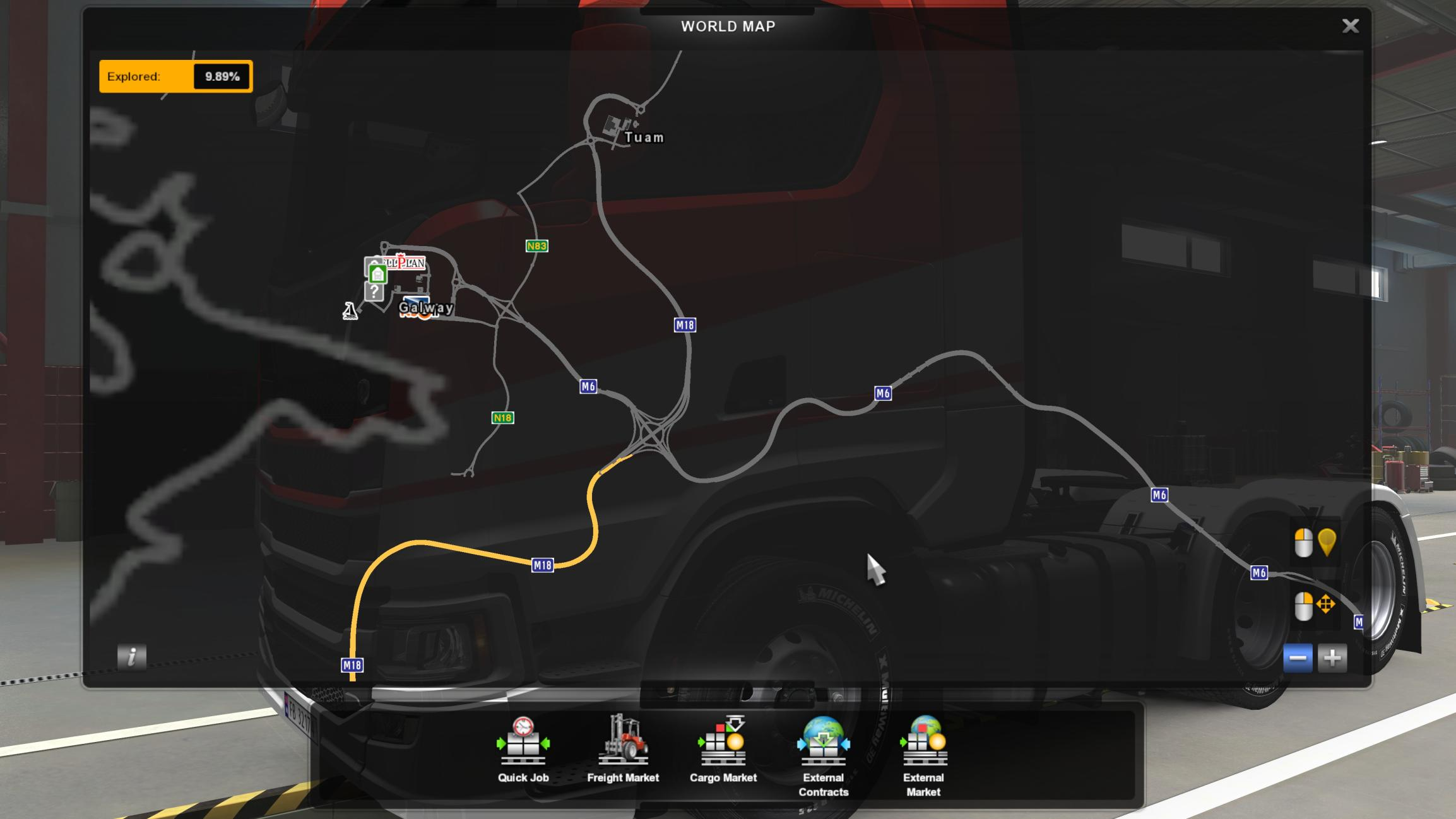