You seems to not understand – gas stations are shared by all countries in the same map. So even if I would change Rompetrol to Petrom, there would be Petrom in Bulgaria, and again, there is
no Petrom in Bulgaria, only OMV. Then I would have Bulgarians protest, and they would be right.
You can't separate gas stations by country unless you edit map in case you don‘t know, and I am not a ProMod mapper. And I wrote this because so many times people complained in Steam why
they see X gas station in Y country when there is none. Like I created the maps and not SCS

...and in game – the same round design for sunflower, yellow-white combo, gas tanks are grey, price stand is white-grey – on the contrary Petrom uses blue colour, too, and gas tanks are yellow.
See, it‘s represents both companies, and because there are a lot of Rompetrol gas stations in Bulgaria, too, the case‘s closed.

Vortex painting in Blender is not going to happen. I tried again with the new 2.81 Blender and add-ons install, and it‘s even bigger disaster than the last summer

.
It‘s too much complicated and finding barely usable tutorial is impossible. And there is no way I‘m going to learn to work in Blender just to recolour two gas stations…

TL;DR
Mod is updated and finished as much as possible in DX9/OGL. The only updates are going to be:
1) formal one when game is updated as always happens, and
2) Iberia DLC if possible without work in Blender.
-------

I used fly mod to check every g.s. in the base and East DLC as it‘s obvious that some things are not right. But before that, I‘m going to post stats from the real life.
It‘s the number of g.s. and in the brackets are countries where you can find them, but without DLCs after East as East uses the same g.s. as base game.

And you know what? Eni doesn‘t even have the biggest retail g.s. network in Italy since 2018. Nope, it‘s Gruppo api with over 5.000 g.s. since they completely
bought off TotalErg. This means that I‘m going to replace Eni if I manage to find good sources for textures. Not much can be done, but still...

France
Somehow, 4 small original one survived. However, there is one broken south from Geneve...
4x small (3x Avia, MOL) 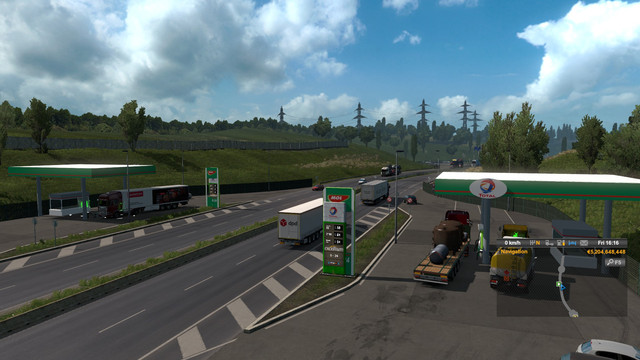 Italy
Nothing is left – everything is converted to Ini :/.

2) What is done to medium g.s. is a crime. They are barely used in the base game outside UK (that happened because of Germany rebuild), and there is ZERO in East DLC!
Even worse, gas_station_green is only used in the one place in the east of Wales! I finally found it as I was sure they were totally wiped. It uses Azirus model, and I‘ll leave it
as a easter egg. 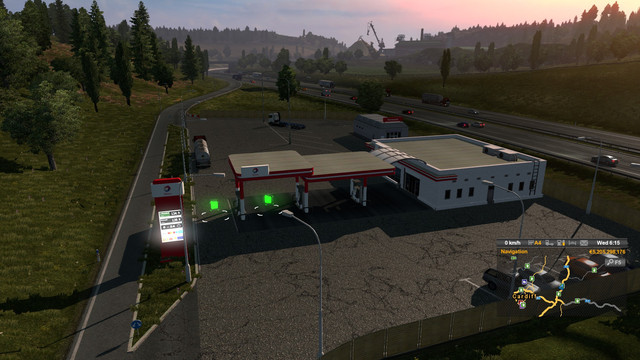 3) I don‘t know why SCS spammed borded (small g.s.) all over / everywhere – 63x MOL. I knew I saw MOL too much but I couldn't imagine in the wildest dream

PROPOSED SOLUTION
I‘m going to swap g.s. to better represent market share and where you can find them IRL. It‘s impossible without massive map overhaul, but it‘s going to be better than is.
1) Shell and BP are going to swap. That would bring Shell to and eliminate BP of B and CZ like IRL, and BP would have 5x g.s. in UK.
2) Q8 and Orlen are going to swap. This way at least is CZ fixed as there are Orlen g.s. IRL (just under Benzina brand).
3) Avia is obviously going to be border g.s. as not only has 50% more g.s. than MOL or OMV, but because they are in much more countries, too.
Border1 is going to be OMV, and border2 MOL. And that would fix H.

If you have better solution, suggest. If no objection, I‘ll update tomorrow evening after playing a bit.

I did think it was strange when I passed an OMV gas station in the UK, but then I am using a combination of 6 different map mods, so something has to act stange...

Thanks for the info, dear NiHao!
Top

Thank you for your update, NiHao

I take my words back about Black Sea DLC. After playing just a bit, I can see that SCS did again terrible job with gas stations. They almost repeated situation like in Scandinavia DLC but nobody
cared then and after so they are going to do bad work again and again. Can‘t imagine how they are going to screw Iberia (probably Repsol and Galp Energia)…
They reused their favourite prefab from France (Eco) and I mean literally – you can just see the famous green prefabs. That‘s how much the mapper(s) were lazy! Then you can see they mixed
some yellow and red prefabs with Petrin and Filgas instead of using just one colour.
Lazy, don‘t care, or rushed – nobody cares

In the light of those findings, I decided to recolour price stands as greyish in RO, and white in BG and TR. At least that way there would be some a bit better looking gas stations. 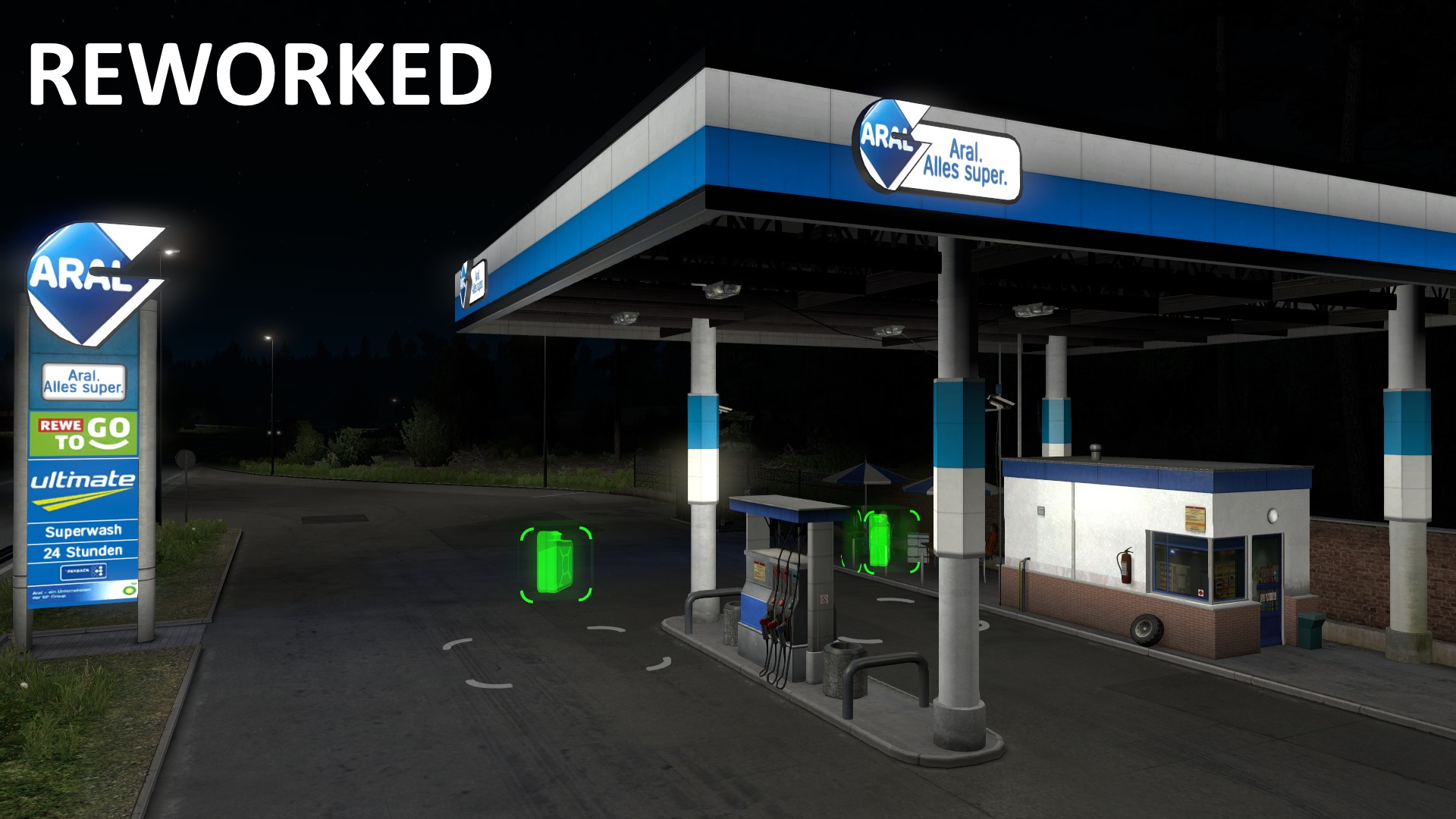 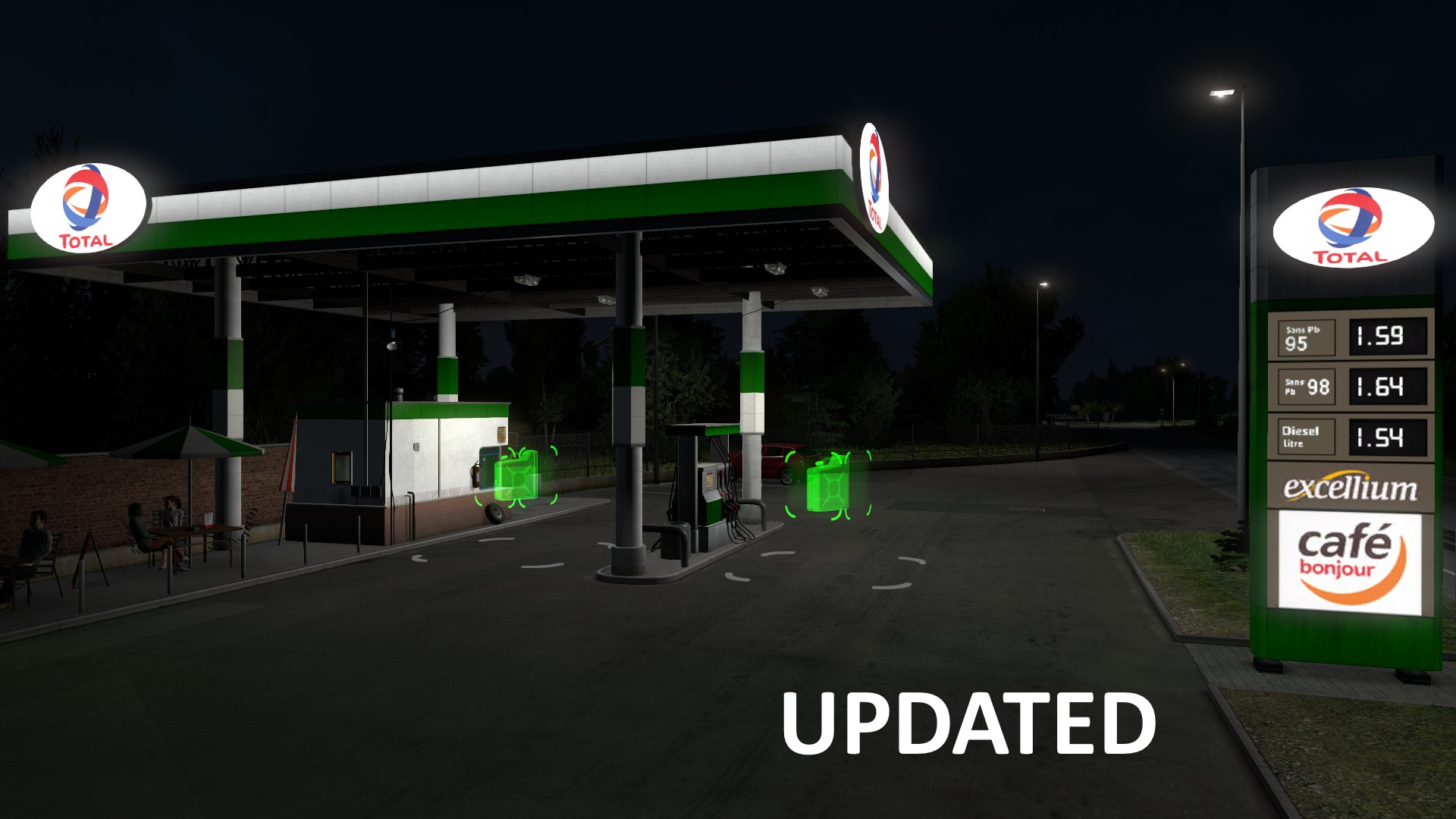 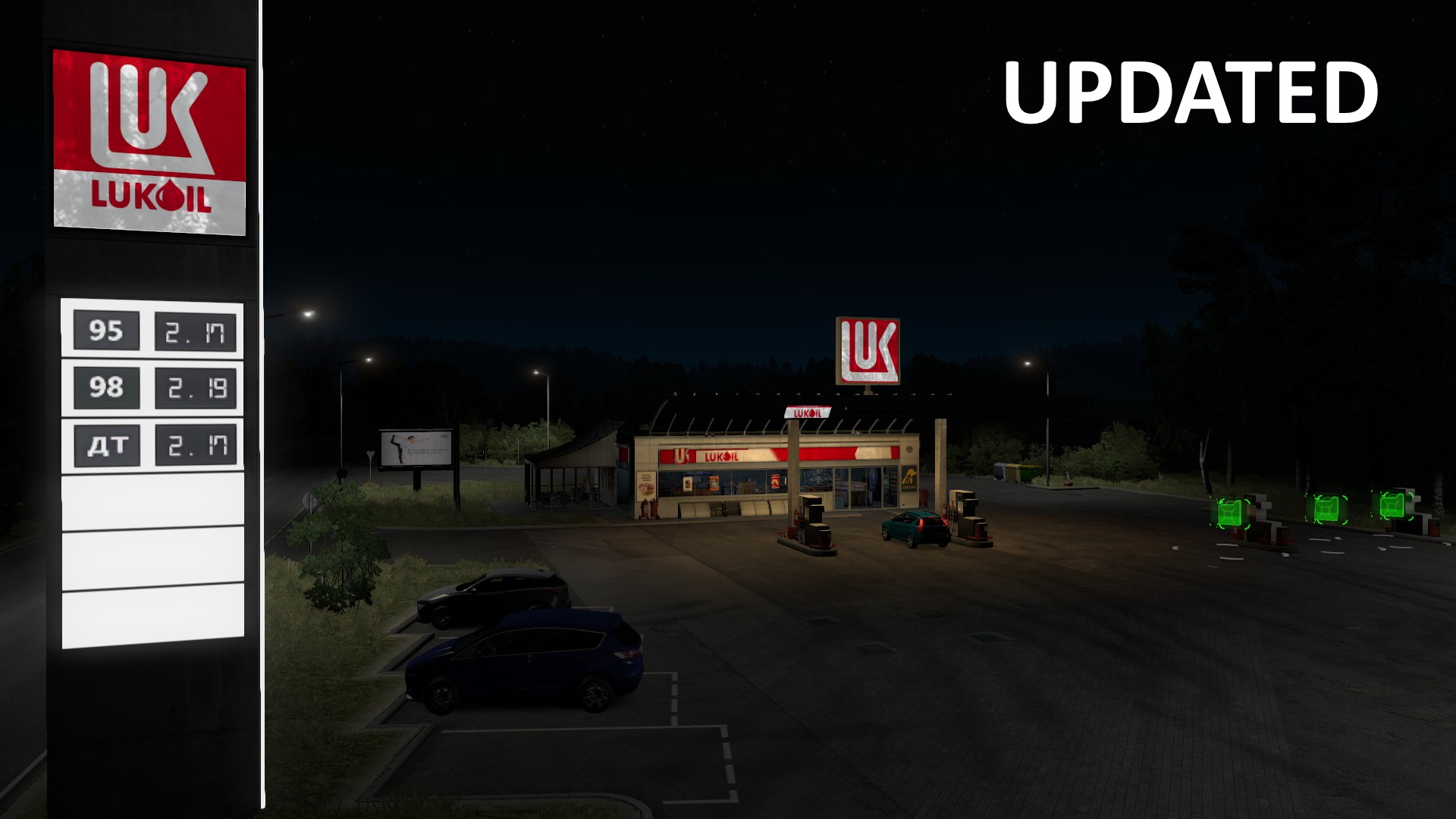 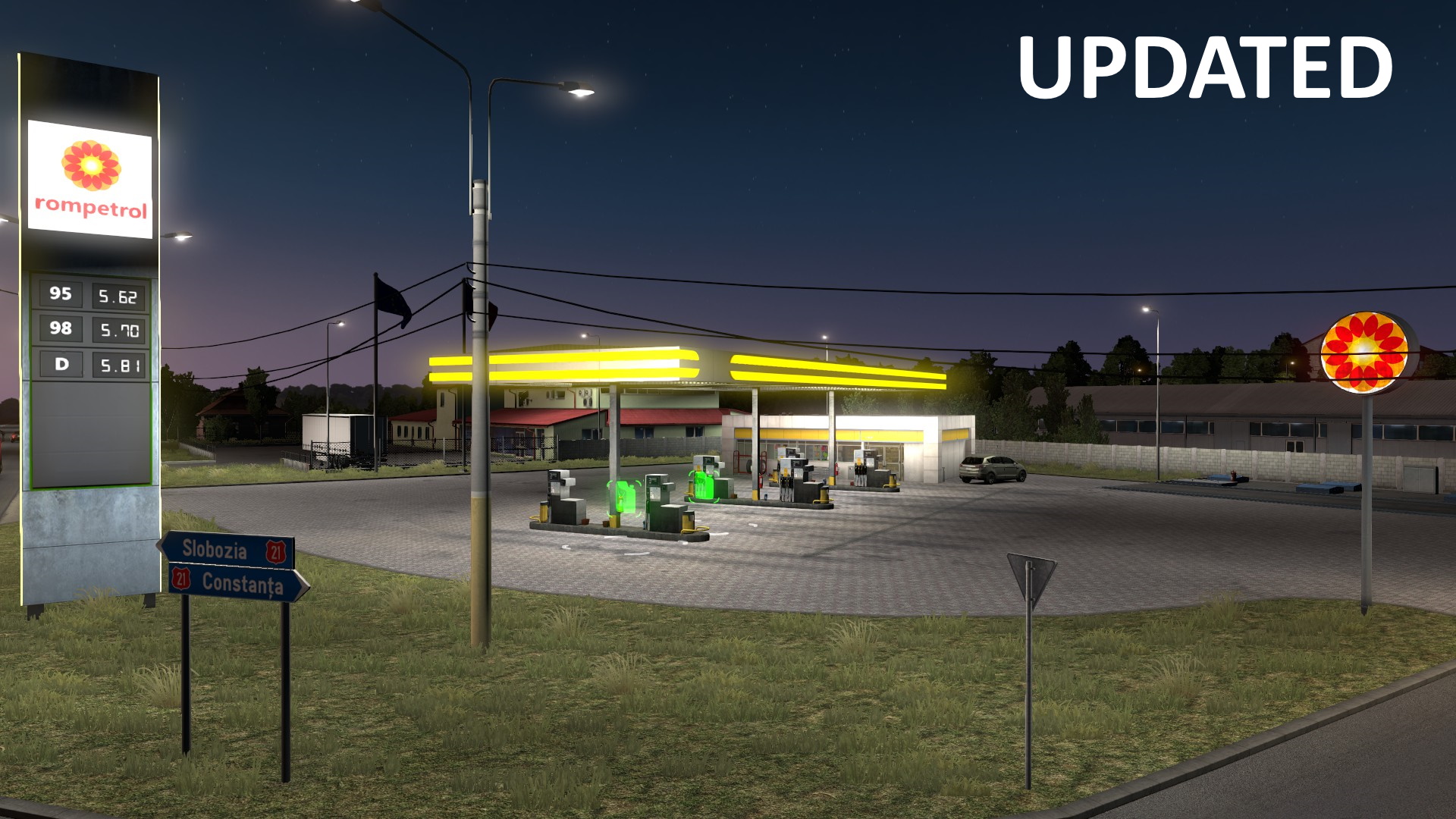