Forum rules
SCS as a company do not wish to have paid mods on this forum. While we understand that not all paid mods use the Intellectual Property of other companies/people, it is very hard to moderate what is and isn't acceptable when money is involved. There are also concerns that it could look unfavorable to potential work partners going forward if SCS allow mods that may potentially use unlicensed branding.
Posting in the Mods forum (ATS and ETS2) is restricted to sharing free-to-the-public mods and providing support for mods. For more details, please check chapters [4] and [5] of Forum Rules.
Post Reply
10 posts • Page 1 of 1

Hey, i stumbled accross Season changer in ETS and thought it was a neat idea. I had some problems getting it working and also disliked the idea of opening a batch file everytime i wanted to play the game. So i made my own version of it

MOST RECENT VERSION OF THIS README: https://github.com/Bluscream/season_cha ... stallation

This tool allows syncing the day of year and summertime ingame with real-world values.
It also allows you to specify seasons which can by linked for you at certain

How that work ??
Calculate time from computer data and time ??

I hope that I have all correct doing

But at 5am in Germany is too bright. 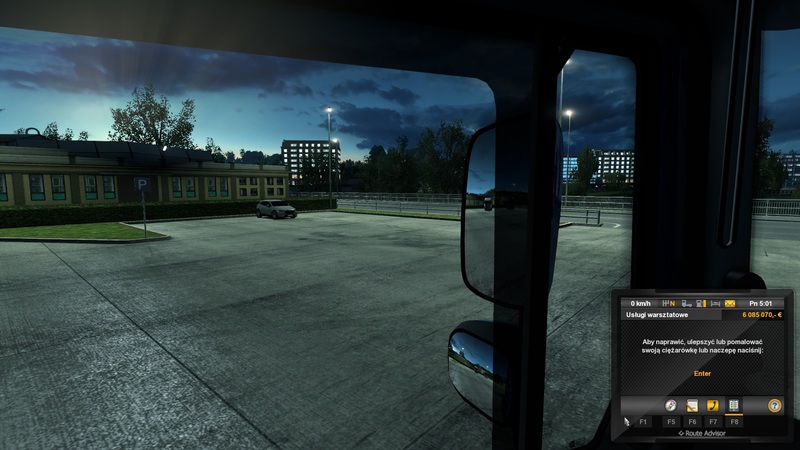 All what you want to know is here https://github.com/Bluscream/season_cha ... cs#L30-L31

And yes, it's all local for now. However i am working on a weather sync mod that will connect to a weather services and set the game weather according to your location
Top

Wow - this is exactly the tool I had in mind as I thought about a new programming project for my free time. I looked up your program.cs on GitHub and as I understood your source code, the program renames the season files from the ini to a unified scs file (depending what season currently is). That means that this "current season scs" file is the only one I have to activate manually in the mod manager and your tool updates it automagically with the current season. Nice. Will try it immediately

Edit: Well, I can't get it to work. I set up my seasons.ini as follows:

I had to split the winter because you seem to have forgotten to take the change at the end of the year into account in your example and the program crashed with the message that there was no valid season for day 2 (today).
I named all seasonal scs files to "SEASON - Winter", "SEASON - Spring" and so on in my mod folder to correspond to the entries in the ini.
Top

Very intersting, but i have a problem, the Season Changer.exe, the program don't open when i click on... You have an issues ?
Don't mind my English, i'm a French guy.
Top

.
Keep up the good work.

Sorry for not responding for so long, i wasn't really into ETS for some time and now i'm kinda stuck (viewtopic.php?f=109&t=272295) i will pick up development as soon as this is resolved
Top

Users browsing this forum: No registered users and 13 guests