Forum rules
SCS as a company do not wish to have paid mods on this forum. While we understand that not all paid mods use the Intellectual Property of other companies/people, it is very hard to moderate what is and isn't acceptable when money is involved. There are also concerns that it could look unfavorable to potential work partners going forward if SCS allow mods that may potentially use unlicensed branding.
Posting in the Mods forum (ATS and ETS2) is restricted to sharing free-to-the-public mods and providing support for mods. For more details, please check chapters [4] and [5] of Forum Rules.
Post Reply
21 posts

This package contains the Undiscovered Roads for ETS2 v1.38 mod.

This mod is tested with all official DLCs (Going East, Scandinavia, Vive la France!, Italia, Beyond the Baltic Sea, Road To The Black Sea).
I haven't tested this mod without the official DLCs so use it at your own risk. 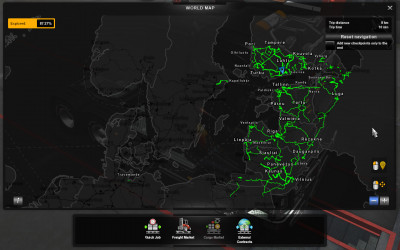 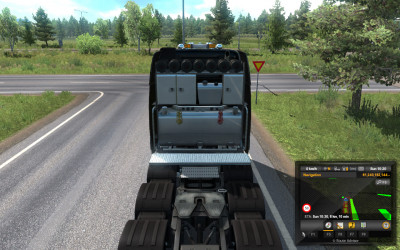 N.B. Gas stations, rest areas and repair shops are, like all other icons, not visible. So be aware! Use this mod only to discover undiscovered roads and prefabs. Don't use this mod for normal gameplay!

Download - Older version:
Undiscovered Roads for ETS2 v1.35 (for use with official DLCs only)

Undiscovered Roads for ATS v1.38 can be found here.

Good luck with finally getting the 100% achievement!

Undiscovered Roads for ETS2 (RM) v1.35 released. See 'Download' section in the first post. Use this version if you have RusMap installed. It also might work with other map mods (ROExtended, ProMods, TSM, etc) but I have not tested that. So use it with caution.
...also ETS2 v1.38 versions available of ALL of these mods.
Top

Undiscovered Roads for ETS2 (SuperZoom Edition) v1.35 released. See 'Download' section in the first post. Use this version if you have installed map mods like ProMods, RusMap, etc. As I don't yet have installed all available map mods (like RoExtended, TSM, Yksrsk, AfroMap, The Great Steppe, PJ IndoMap) I cannot yet guarantee that the map will be displayed correctly. So as always: use it with caution.
...also ETS2 v1.38 versions available of ALL of these mods.
Top

So you used my zoom values from SuperZoom and it's all fine? 'coz dont see any link to original mod or my name on it.

BTW, using this will crash the game on zooming. This is why the original is version 2 now, because is developed by it's creator. Good luck.

You're right. I didn't thought about that. Sorry for any inconvenience. For now I removed the SuperZoom Edition. I'm working on a Global Edition, but I don't want to be dependable of other (zoom)mods; I will try to find the values myself.
...also ETS2 v1.38 versions available of ALL of these mods.
Top

THANK YOU Vinnie
I had almost lost hope, trying to find the last 0.001%. Actually, other mods didn't even show the missing undiscovered roads but your mod finally made my 2019 end in the best way possible.
Thank you thank you thank you.

Look at this sneaky bastard that was remaining at the end.

Don`t have pictures but it works on 1,36 and in Road to black sea
Top

Have reached 100% with DLC "Road to Black Sea" but there are a few points in the map which can not be finished:

Gas Station south of Edirne, Gas Station near Kapnobo, 2 little points in the northeast of Bukarest, one closed lane at border from BG to TR and one point somewhere on the map.

Maybe SCS can fix it.

Only found this little pieces with this mod. In normal map I didn`t find out what was missing.
Top
Post Reply
21 posts