yozza wrote: ↑
09 Jun 2020 21:30
When you subscribe to these mods on Steam do they automatically update on your game when the mod is updated

All right, I found out proper replacement for Baltomorsk

. That and 12 Bl.S. companies should be done by Thursday. And then there are several more (bonus) things to be done,
too which means full mod launch should be for weekend.

There are some problems related to a few Black Sea companies.

Why is Ocean Solution Group listed as a boating company in wiki? It‘s clearly a shipyard, and guess what? There is one in Ruse, 5 in Varna and one in Mangalia. Of course they are
different companies. I wasted time looking for boating company until I checked and found out it‘s not :/.

About food industry – I really wanted to replace Kolico with Caroli Foods Group as is obvious spoof. Project is scrapped as logo sources are very bad and there is no upscaling
magic which can fix them :/.


yozza wrote: ↑
09 Jun 2020 21:30
When you subscribe to these mods on Steam do they automatically update on your game when the mod is updated

Thaanks for keeping us posted, and for all your efforts!
Top

Thanks for the replies guys and for the great mod and updates.
Top

NiHao wrote: ↑
10 Jun 2020 07:43
About food industry – I really wanted to replace Kolico with Caroli Foods Group as is obvious spoof. Project is scrapped as logo sources are very bad and there is no upscaling
magic which can fix them :/.

The decision to go as only DX11 compatible cost me a lot in Steam Workshop popularity but who cares? Quality over quantity

There you go – only two companies are left to be replaced

. Maybe I‘ll do them today, maybe tomorrow. Also, both me and my friend who did initial version of Real European Gas Stations Reloaded
are going to work on the bonus content for a weekend.

About new forestry company in Baltic DLC – Bergs Timber owns the largest sawmills / wood companies in Latvia and Estonia, and since there is no Baltomorsk in EE, it means Byko Lat and Vika Wood
in LV. They are both represented on the trailer. Bergs Timber bought them from Norvik, but they payed in shares so Norvik owns 65% of Bergs, and that happened just two years ago. Norvik also 100%
owns Norwood SM in Russia. 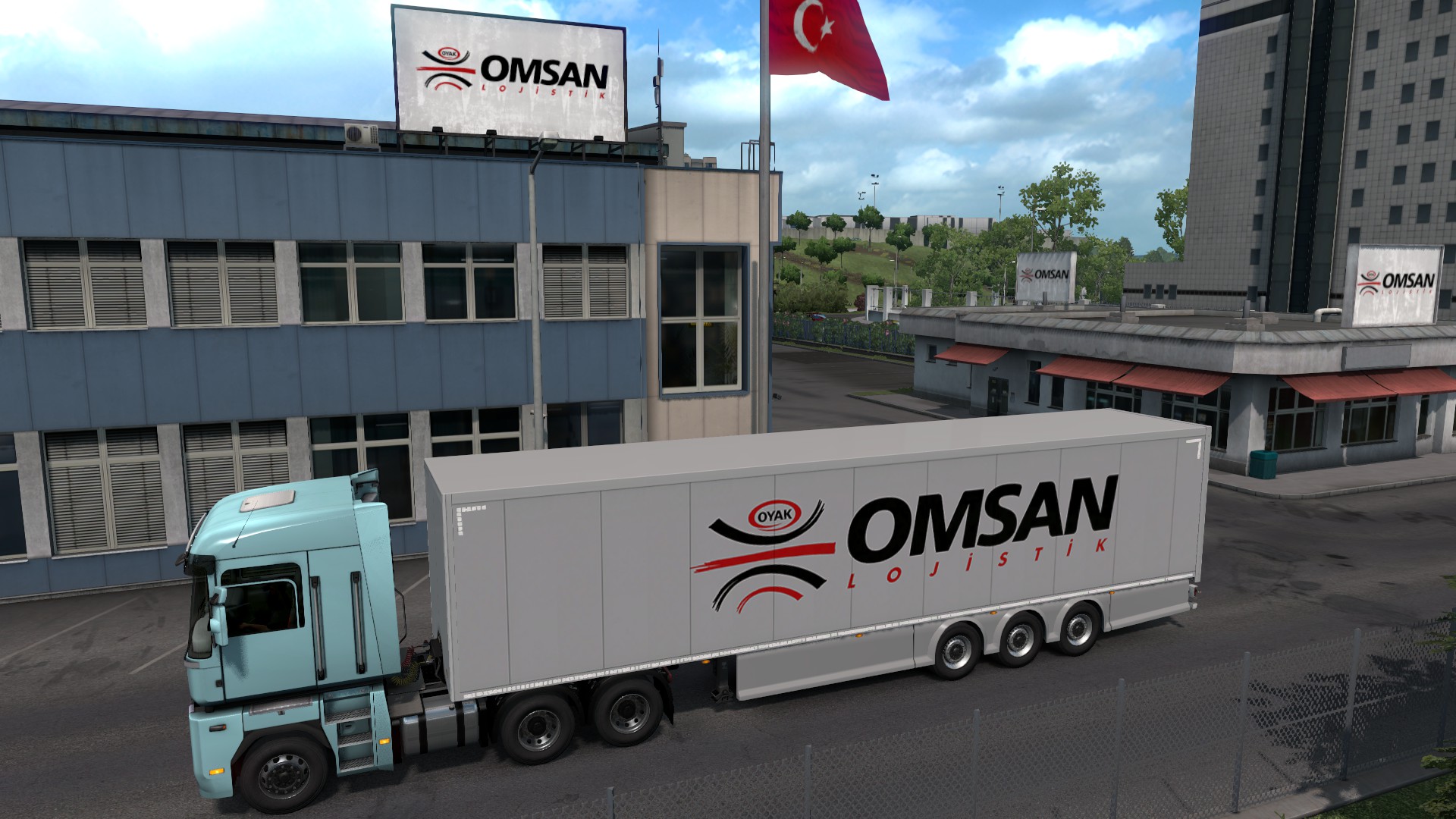 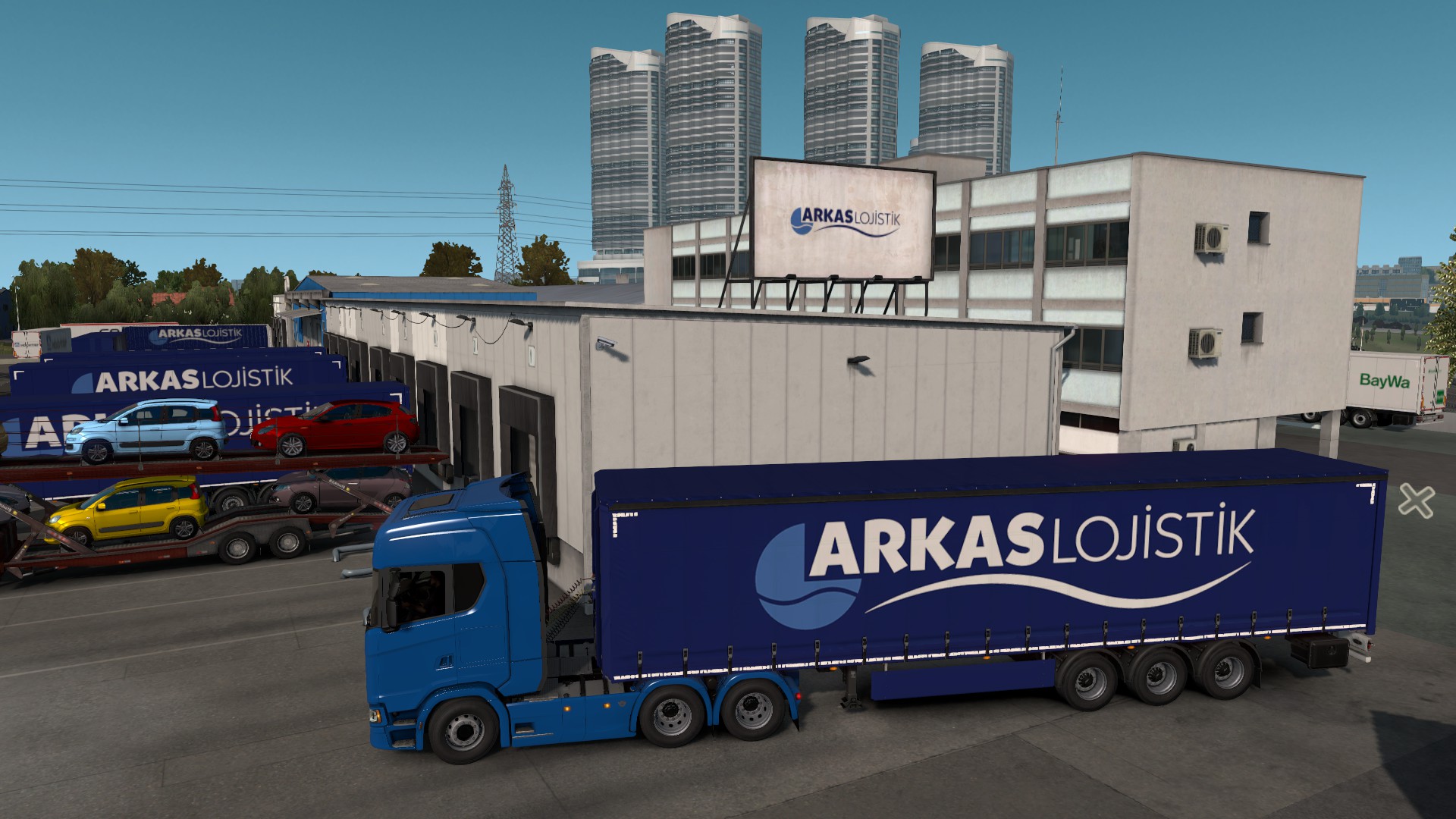 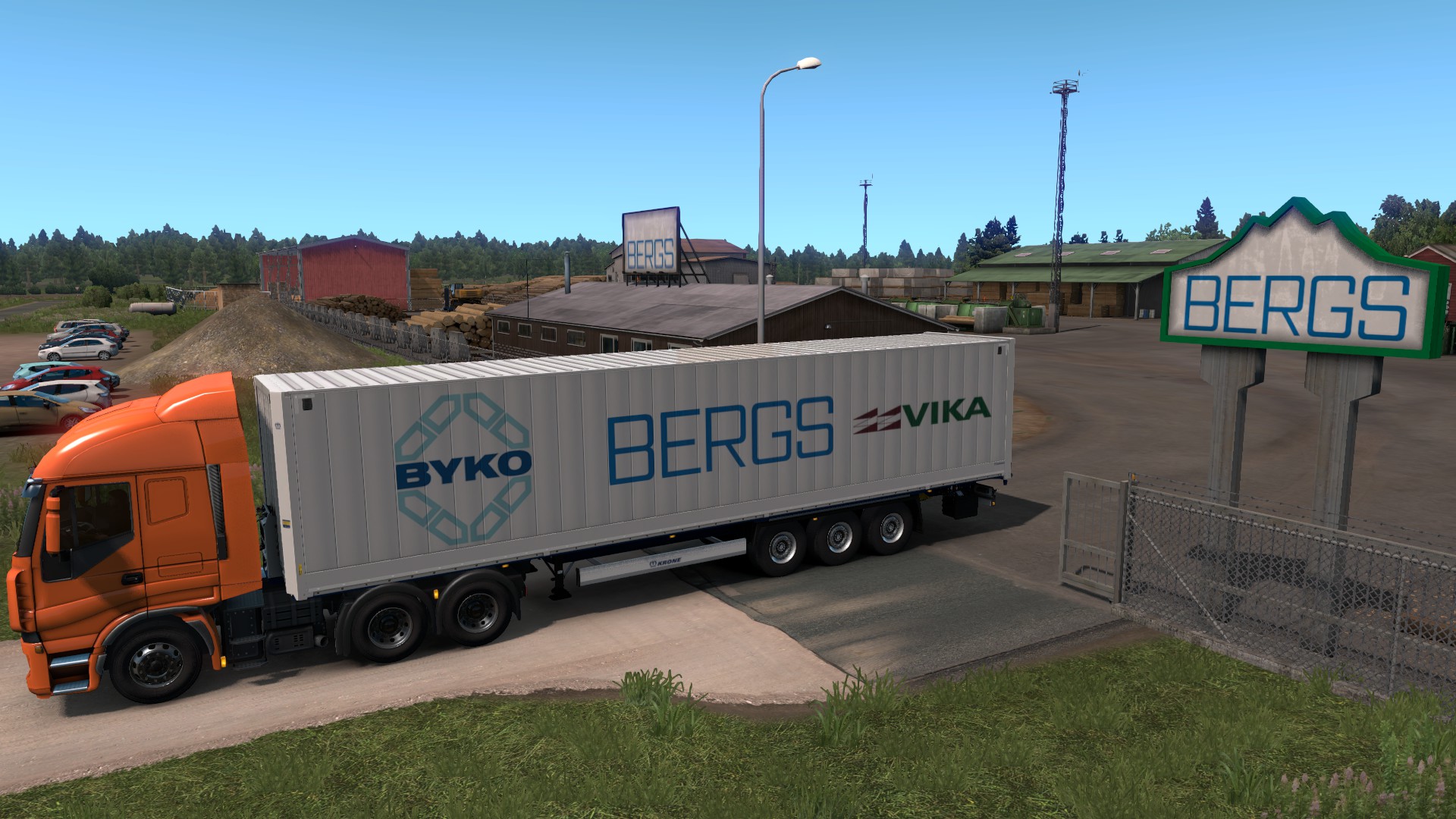 I'm glad you made the decision to work on DirectX11!

Thanks again for all the updates.

The "spots/traces" (I don't know what to call them) that some posters, is due to the sun and rain that has been affecting over time, right?

Excellent mod. The hard work is clearly visible, thanks for your time and effort.
Top

Yes, this is true dedication. It's nice to see...

Thank you all for support

That‘s not done by me – it‘s done by SCS in Blender, and I both hate and love them

but that‘s a long and different topic.

-------
There is a change about bonus content – it‘s going to take some time as I still do research what should I try to improve. Some textures are going to get update for sure but some other,
I don‘t know yet.
Regardless, I‘ll release tomorrow the last two replaced companies and that means mod is finished 95+%. Bonus content is just that – it‘s not the core part of the mod. I‘m much more
keen to recolour those two gas stations / companies in France and Italy...

And finally, just like we created real gas stations, there is a plan to do the same with companies i.e. Real Companies Reloaded. Research is already fully done.

Even mod is DX11, it doesn‘t lower fps at all. My best friend has some old Athlon II X4 CPU, 8GB DDR3 and Radeon HD 7750 and game works equally. I didn‘t increase resolution of textures
– they are as SCS made them.

COMPATIBILITY with other mods
1) MAPS
There is nothing to add as is already well known – it works flawlessly with the all major map mods which are extension to the SCS maps.

2) TRAFFIC
If you don‘t have fast single core CPU and plenty of RAM you should avoid them as they destroy frame rate, but your call

For some reason, even my mod always has higher priority, these two mods: painted_bdf_traffic and painted_truck_traffic_pack – they just override my mod and I never saw my trailer skins
used by AI trucks :/. Maybe some of you have different experience, but that‘s my so I don‘t use them. To each their own