Mr. Fleming this a remake of your work

No I did not make that one, I have only done it on Volvo, Daf and Iveco so far, but they are not released.

I have seen that someone released a mod with the axle removed on them all.

I did not protect the mod, so anyone can go in and remove an axle, but I don't want to remove, I want to keep,
and give the choise of 6X2 and 6X4 along..

Good news. We will wait with impatience.

Replacing: No model will be replaced. This is standalone. 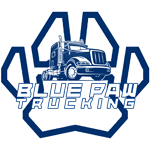 Yes I could do that, but all my models will also work and act like stock model, which then all other mods should see it as.
So eighter if my mod is there or not, this should not affect other mods, as long as they are loaded afterwards.
Files in my mod that do the tandem different, will never be overwriten by other mods. So I see no problems, correct me if I am wrong.

But Thank you for the tip, I will surely look into it and see the ++ and -- about it. Maybe even change it when times come.

You mod will not affect mods than add stuff to original truck models. Although mods that alter ingame models in some way (my Scania Rework, ohaha's Volvo tweaks) don't work. Why? The game reads full model list from "truck" files. Mine, ohaha and yours mod have their own "truck.pmd, .pmc and pmg" files which get overwritten. So for example if I load your streamline tandem and then my streamline reworked the game reads your .sii files - ok I get your chasis in menu, but if I choose it the game crashes as it's uploading model lists from last loaded "truck..." files (mine) which don't have your chasis in them.
Switching the names to truck1 solves this problem entirely.
How? For the Streamline example: Game loads your .sii files and your truck1 model file and then loads my truck model file - as they have differrent names nothing is overwritten and both mods work correctly.
This method doesn't change anything in the suitability things at all - so if something was suitable for 8x4 chasis in "truck" it will be still suitable in "truck1". If you still don't understand how it works you may try my 10x4 chasis for Scania (viewtopic.php?f=34&t=34250) as it uses the exact method discussed here.
Just please don't get me wrong my friend. I don't want to offend you in any way. I think your mod is great but as I am already using quite a few mods that overwrite original trucks your mods are simply not compatible for me because of the overwrite issue :/ (Also I'm posting this explanation widely, to help to improove our moding community

GT-Mike wrote:Just please don't get me wrong my friend. I don't want to offend you in any way.

I don't and no you do not offend me. I am happy that you tell me this, so we all can do it the best way.
I understand all you wrote, but what happen if I call my truck1 and you and ohaha also do this?

Well, I already know the answer, so who will make a list where we all get our own number and find one to admin that list.

Somebody (Killer Spama) has released my mod pack as Truck Pack BDF 6x4x2 version 2
Usual I don't have any problem with that and this is what happen on the net. I knew that.

BUT, I will not give support on this mod, while it's more a mess than a fine mod.
He took all the trucks and deleted the 3th (1th) Axle on all models. Simply just deleted it.
He did not make it possible to choose between 6x2, 6x4 and 8x4. He did not changed the .SII files which tell the truck
how to handle and act on the road, these files and the game does still think it has 3 rear axles.
He left a mess of files in each truck folders also. This does not have any impact, other than many files is now twice..
I will release a mod update later which will give you the choice of 6X2, 6X4 and 8X4, so his mod will be outdated.
But to make a long story short, I will not give any support on any tandem mods version 2.

I understand your point here mate. But jost to note - it may be any name you wish - it doesn't even have to use truck name inside so you can call it like devil_tandem and still it will work

But I have seen several calling the truck exact what you wrote, and this will leave us nowhere.
As said, I will think about it, try it and see what happens.