@thunderhawk, I suggest you to not translate his language directly to german, but from his language to English and English to German

thunderhawk wrote:@wik412: Sadly, I have no idea what you mean.

@Merkava: Thanks - Just high settings in the game and a touch of photoshop (brighter, less saturation, ...)
@SilvaTrucker: However, i am just trying to understand/answer his question.

@-Raiden-: Found it - an flare is missing - Either "it has been lost", or SCS added this during our long development of the mod.

@thunderhawk, I found a little bug when using your mod together with davidzoli's actros plastic parts. With both activated, the luxury steering wheel on your SLT become missing. Could you take a look on it?

Thanks for such great mod!
Top

Thanks for the report! I will have a look.
So there isn't a prob with David's mod and it only affects the luxury wheel of our mod.?
Best regards,
Stefan
REL Big Stars - Actros/Arocs SLT
My first project for ETS2 - Scania Upgrade V2 - OUTDATED!
Thundermods @ Youtube / @ Facebook
Top

Exactly, when his mod is activated, doesn't matter the loading order, the luxury steering wheel of your SLT disappear. On his Actros everything seems fine.
Top

I can confirm that I have the same effect as CMarrasca - the Standard wheel is there, but the Luxury wheel is missing.
My public Google Drive
My Flickr Photostream
Top

thunderhawk wrote: @-Raiden-: Found it - an flare is missing - Either "it has been lost", or SCS added this during our long development of the mod.

Don't worry, SCS had the same thing missing when they introduced the New Actros in public beta back then.

I did the same bug report for it at that time

Does someone know some fitting trailers for the beast? I did use some of Roadhunter's trailers some time ago, but he obviously decided to make them payware, so they are not an option for me anymore.

Searching for alternatives now...
SCS-trucksim veteran - ETS2: since December 2012 / ATS: since release in February 2016 / Several 18WoS parts even before that

@CMarrasca & LadenSwallow: Seems that David changed the original "wheel file", so our exclusiv wheel can't be loaded. ... No problem at all, i will add or own file for the wheels.
@all: Added to 1.2.1: Svestka by Scalid 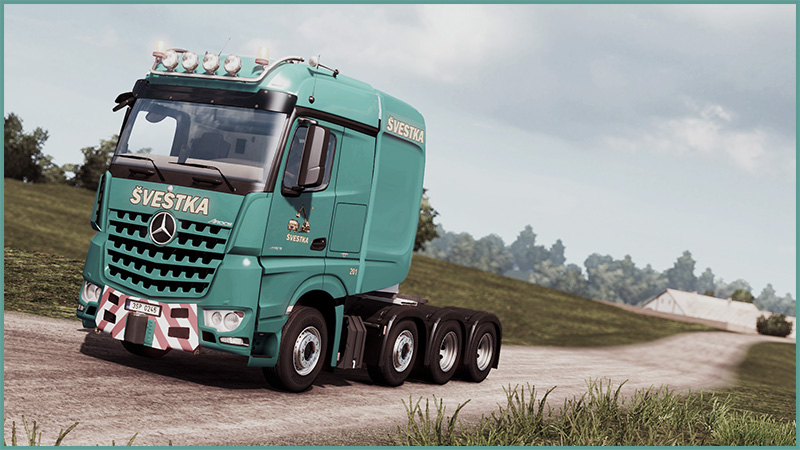 Now "switching" to the steering wheels.

thunderhawk wrote:@wik412: That is currently not planned.

Очень жалко. Прошу извинить за беспокойство!
Sorry for bad English
Просите, и дано будет вам; ищите, и найдете... (Ask and it shall be given you; seek and you will find...)