@plykkegaard Aren't those two separate signs? The first one you showed is an intersection sign, and the second one is a merge sign. Or at least that's how I understand it when comparing it to the signage in the United States.

@mackintosh Yeah, the signage in ATS is done by natvander and team of a few other people.

the second sign is only used in 14 European countries, the rest doesnt have these but Spain does

AI driver behaviour since Iberia as added
Not my finest work

But you can see what's going on 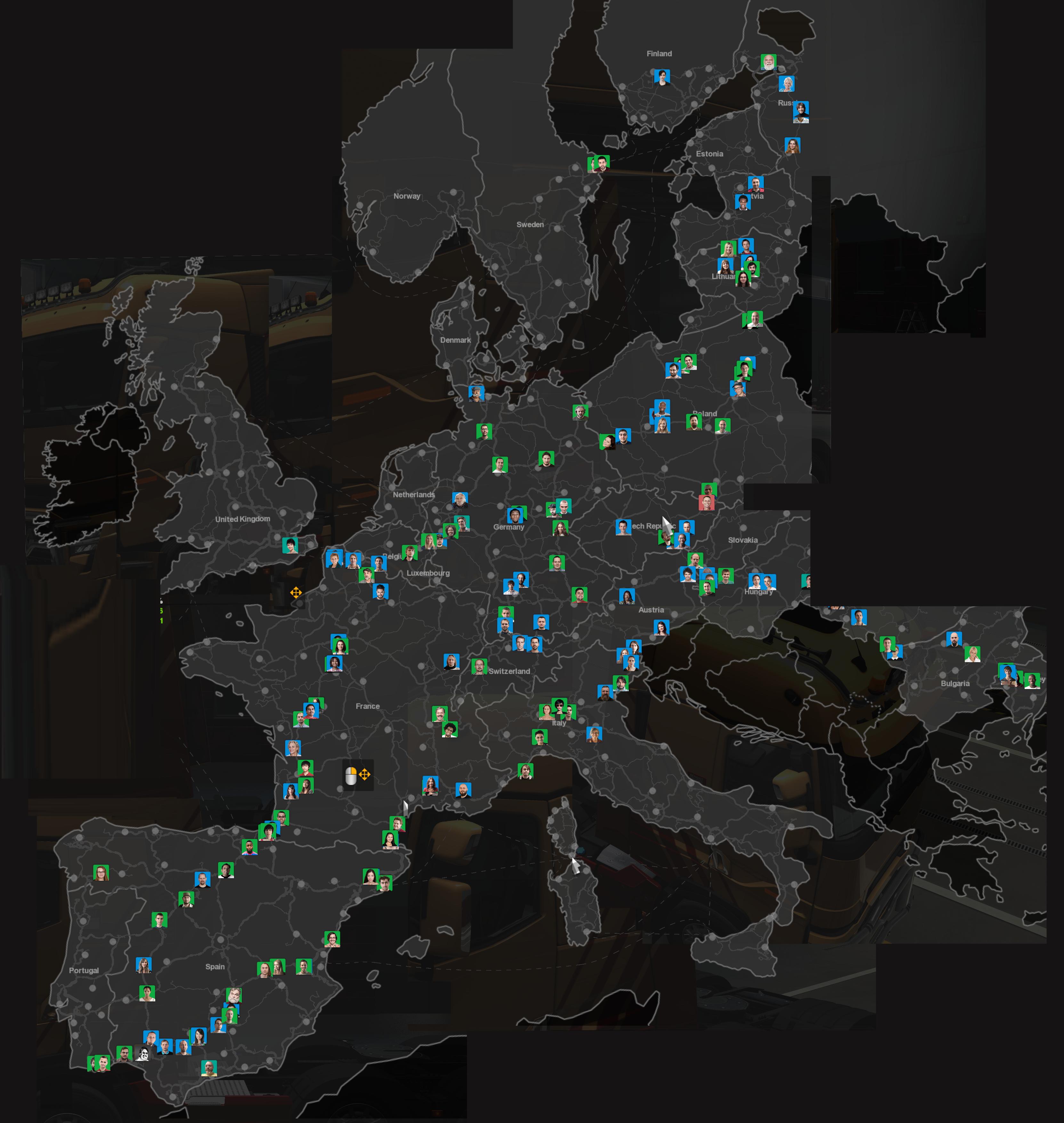 Depends, if it was merging traffic, which is quite possible as you have this sign in spain
Then why use use priority stop for the traffic merging on the highway? Confusing

In DK you have the "eifel" sign for merging without priority

supersobes wrote: ↑
17 Apr 2021 13:55
@Lolsmurf @Some newbie driver Oh, that's interesting. I wonder why SCS only used one size for the signs in Iberia. In ATS, they recently added a whole a bunch of new sizes for the speed limit signs. It seems odd that they wouldn't do the same for Iberia, especially since they did it years ago the Vive la France DLC.

Because ats has other teams and actually these teams did quite some improvements to ats signage. Sign wise, ats is lightyears ahead of ets2 that still use small ets1 like models.

France is a good example, where they added larger freeway signs, but unfortunately they didn't do it for all the other countries.

Iberia has parts where there isn't even a guardrail in the middle, so just a median without anything in the middle and signs just put on the side of the road like that. Reminds me of bad map mods or ets1 and scs has absolutely no excuse to release content like this.

Looking at the steam review score, a considerable amount of people agree with us.
Let's hope Promods adds their old parts back into iberia soon.

Something else I found, Portugal has many signs that Spain doesn't have. It seems they started with Portugal sign wise and then went to Spain only to be short of time or something and decided to not make the signs. Like the truckramp, there is only a Portugese sign for it, but Spain lacks it. So scs jut put truckramps in Spain without a single sign...
Last edited by supersobes on 17 Apr 2021 15:41, edited 1 time in total.
Reason: Removed image from quote [Forum rule 2.13]
Reforma Map Mod for ATS
Top

Unfortunately Lolsmurf is right. Signage, although better than in other DLC (not a very high bar to clear, now was it) is still inadequate when compared to the improvements natvander brought to ATS. It really is inexcusable after so much time in development.
Top

Perhaps the ETS2 map team should get a dedicated signage department like ATS has then. That way they have the manpower to dedicate time and resources to the research and creation of signage independently from the time and resources used on the rest of the map. It seems to work quite well for ATS.

Was Natvander not a modder too before joining scs? It seems all people coming from the mod community bring the most quality to these games when they work for scs...
Natvander and racertoft really nailed a lot of signs and stuff in ats, but they are not the only ones.

I hope scs doesn't fall in the trap of always doing bigger and larger maps while not increasing or even decreasing the quality.
Quality and immersion over quantity.
Reforma Map Mod for ATS
Top

They said already in previous messages here that it's not comparable to learn about ONE signage systems and keep improving it that to have to learn one (or several) signage systems every year. And I agree with that. I would like some details in Spain to be better of course, but I'm not going to compare with ATS because it's a nonsense.

Specially considering that the official documentation of Spanish signaling is an old rule-book not changed since the 90's if I recall correctly and the webpage where one can find is is so atrocious that most times the download fails. I remember somebody in the research team asking here in the forum if we know from an alternative download place because all their tries were unsuccessful (that was months ago).

Everything adds to the final result.
Top

Users browsing this forum: No registered users and 14 guests