It looks really good. Btw, I love the signs, they are very realistic

I think Gibraltar is already included, in 6:01 in the video on one of the signs Gibraltar is written without any red stripes or whatever. The junction seen there can also be seen irl here is the link:

The CA-34 seems to be the only major route going there, however I'm not so sure if this is true for the truck traffic there. Maybe natives of the region can identify if it's the correct route and we really will be able to visit Gibraltar.
Top

Overall, the video looks very nice and I get more and more curious to see more.
(not to say how much I am curious to actually drive around in this wonderful DLC)
Why You Are I

Think there where company in La Linea

The rock was in one of the more recent blogs if I recall correctly. Anyways I found it here it is: 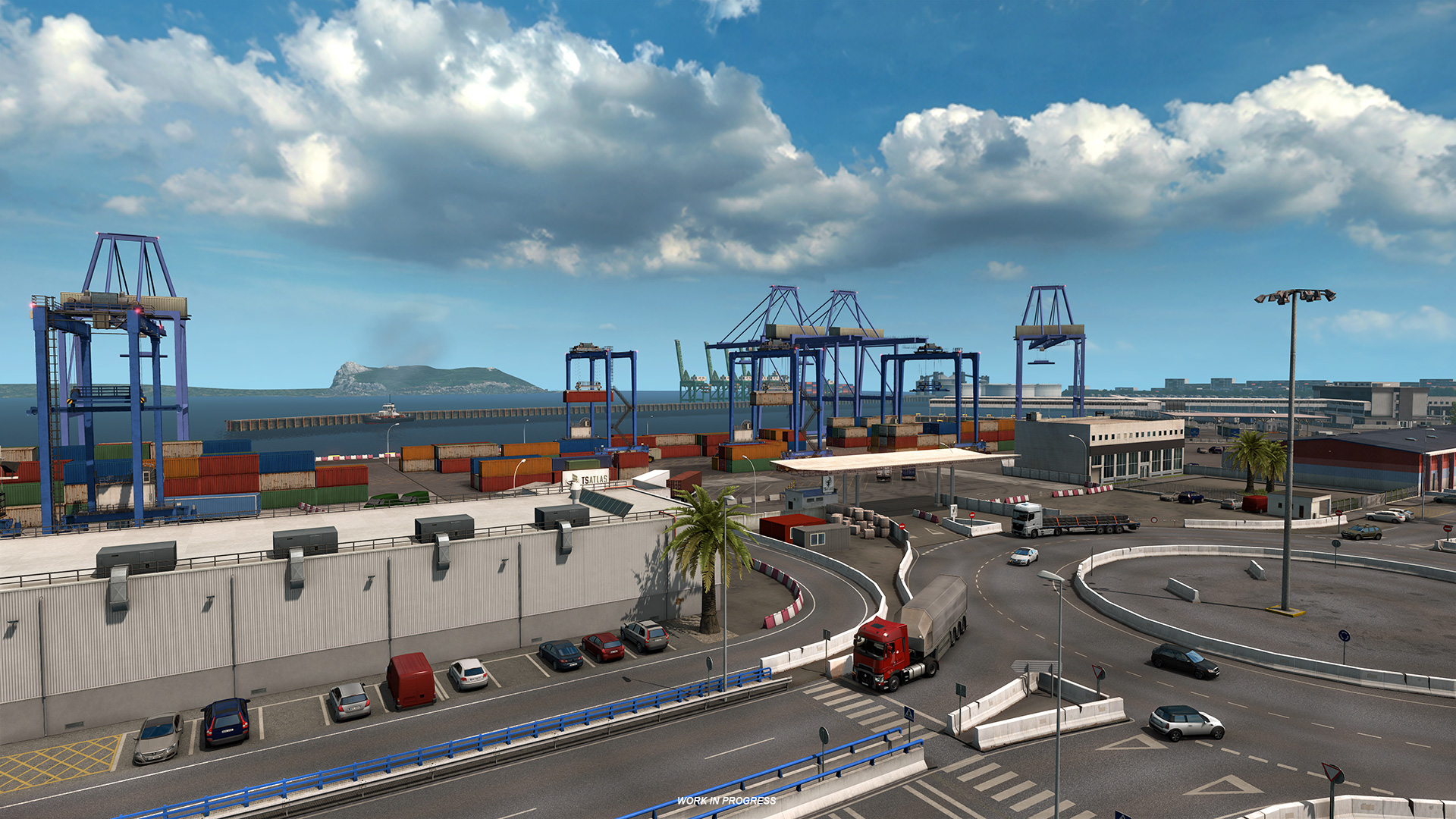 The only thing left to be done is to make the city functional, I guess.
This map will easily rise to the #1 spot in my opinion, the lighting system seems to have its fair share of tiny problems, but it's actually still wip. Hope the stable release will be able to satisfy a lot of people. I have no doubts of the quality of the dlc to be honest.
Top

I really hope we get Gibraltar, but it's also possible that it's "only" La Línea. It could also be just a rest stop and/or viewpoint without any depots.
By the way, based on this video, this will be an innovation to the game on the level Scandinavia was back in its day. It seems to be completely game-changing.
Countdown to Iberia
The longest delivery in ETS2: Istanbul-Aberdeen
ETS2 map (+ concept map )
ETS3 concept map
Top

That's my friends.
I really liked the video from SCS Software, I found it incredible how big Malaga is, the video seems very realistic, the lighting is also very good, the new technology.

What strikes me most is that sign about Gibraltar. There is so much in this area of the peninsula where Gibraltar is.
San Roque City: Cepsa Refinery, Thermoelectric.
https://www.google.com/maps/@36.1874751 ... a=!3m1!1e3
Concepcion de La Linea: Shipbuilding, marina.

This is the "nervous" center of Gibraltar> where those blue roofs are located is where the logistics companies for different types of products (truck loading docks) are concentrated.
There are also shipbuilding and repair companies in this area, which is one of the economic and historical bases of the territory.
https://www.google.com/maps/place/Gibra ... -5.3606039

It would be incredible to obtain the territory of Gibraltar south of Spain.

Also carrying out some loads both from Spain, Portugal but also from the United Kingdom (there is a good flow of cargo directly passing through the territory of France / Spain. Eventually some ferry that must exist between Spain and the United Kingdom perhaps.

So there is a lot of longer travel that could be added to Gibraltar, and maybe with that it is possible to make some way to make it in the game.
Top

The ports dont have Ship traffic.
Normally in Algeciras you have dozens of ships.
Also of EEE class with 400m length.
In general the ports are very calm in the video which is unrealistic.
Top
Post Reply
5720 posts