by Komen.413
I knew there had to be a Madrid post this week.

Other than that the pics are amazing!

locomotive in screenshot 9. From that distance, very similar to real ones on cargo freight.

Some newbie driver wrote: ↑
13 Jan 2021 18:11
Image 11, CoMoTo yard. It's the same fake company that we have in Suzzara in Italy DLC instead of the Iveco factory that it's there IRL. Or they had not included Iveco as a yard brand or they are keeping it hidden.

Yes, I noticed this after analyzing the images after I wrote my comment. Maybe with big luck in the future, and if Iveco wants it too, we can have the Iveco factory in both Suzzara and Madrid.

I'm puzzled too, I expected to see some beltway code on top and then the usual destinations below, being the nearest exit on top and the further ones below, but I'm sure it will all make sense when we can drive there personally. Also, Ciudad Real & Burgos are opposite cities, didn't expect to find them in the same board unless... we are to cross Madrid!

So it seems we have been given hints about the airport, Mercamadrid food store and the truck factory unadvertedly. Great.

by Some newbie driver

Marcello Julio wrote: ↑
13 Jan 2021 18:23
Yes, I noticed this after analyzing the images after I wrote my comment. Maybe with big luck in the future, and if Iveco wants it too, we can have the Iveco factory in both Suzzara and Madrid.

It still can be a placeholder. There wouldn't be the first time they do it, not at all. Koolico company (from BttBS DLC) was "teased" in Colorado images before we know that it will be a new USA exclusive company.

BTW, I don't recognize the synced truck-trailer pattern on image 6. I suppose it's in the basic game otherwise it would had been noticed by lots of people so far but I don't remember now which one it is.

@Esproquet look at the background on the image of the Valencia signal. After the exit to "Burgos / Centro Ciudad" the remaining "Ciudad Real / Valencia" signal splits in two. It's like the signal is when approaching a "clover-leaf" interchange. I guess the first exit (turning right) is to take M40 west direction to circle Madrid searching Burgos direction (or to another entrance to Central Madrid). Next exit if the clover-leaf turn to left to reach A3 through M40 (that's why Valencia direction).

by Esproquet
Time will tell. Anyhow, beautiful pictures, great effort and research put in them.

About the rework of French cities/Germany, I think they are focusing all efforts on Iberia now. Otherwise, it would be very difficult to finish it until Christmas.

Wow, this post of mine aged really badly. Multiple French cities were reworked, we are getting two more in the south, Germany rework vol. 3 is coming, and Iberia was delayed past Christmas

by BRCKHMPTN
Yes, Morien is correct, they have posted this extra photo on the Iberia steam page. 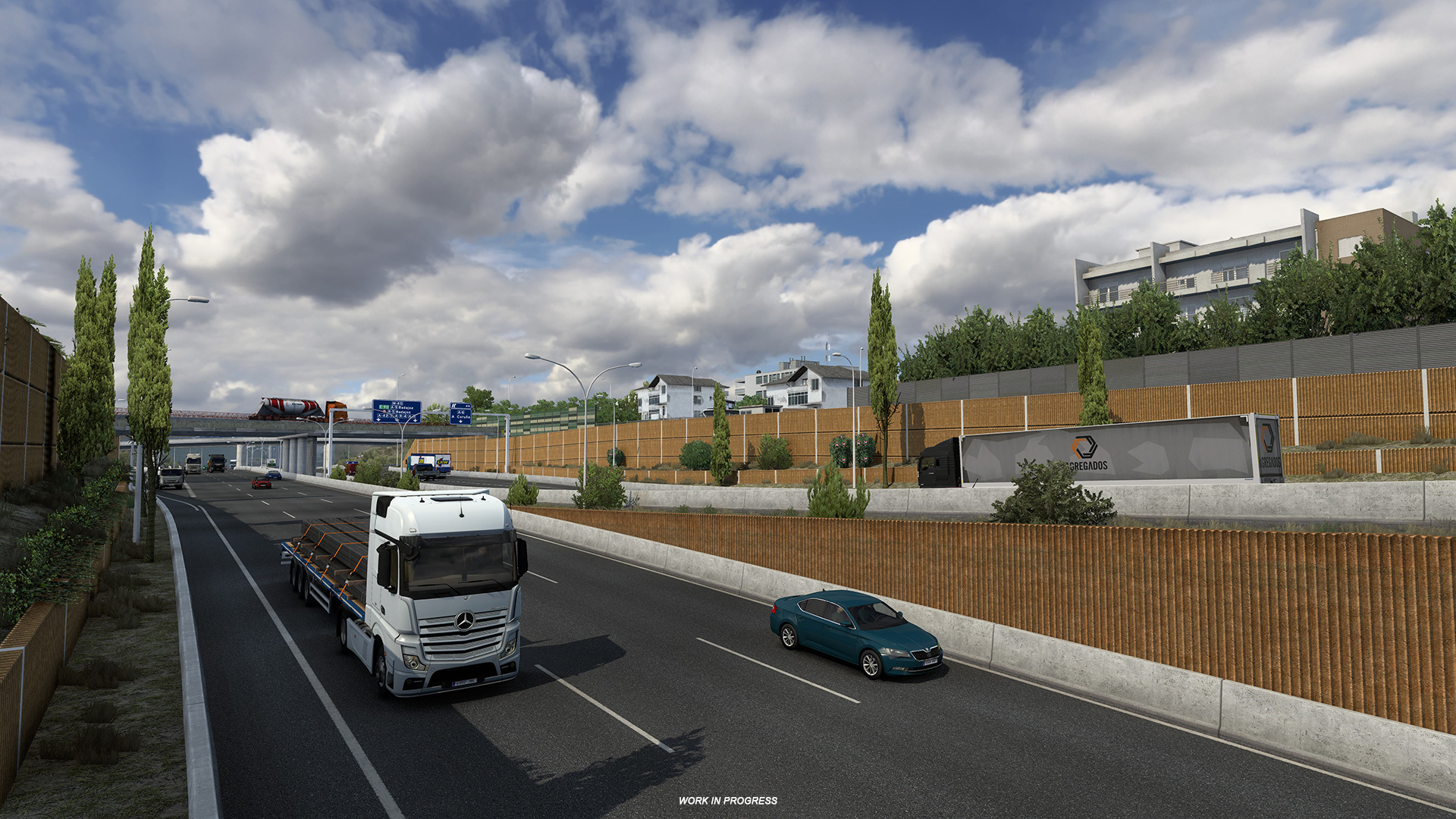 Badajoz is on the signs as well, hopefully that means it is another included city

And I'm starting to think that some of the signs are just placeholders, like the ones in the second picture of the blog post, because I have to say that these on the "new" picture for example have great detail, and I'm not even talking about including every single thing that is on the signs irl, it's just that they have such a realistic look in this one or in picture 4, 7, 8 and 13 of the blog post. Maybe they still haven't finished all the signs and that is going to be one of those final touches, who knows. It would also justify why the signs in picture 2 of the blog post seemed strange or wrong to many (I'm talking about the cities and roads they wrote on them). Another thing I noticed, is that they've now changed the design of the road markings in the acceleration/deceleration lanes as you can see in the picture shown above. I'm talking about this: 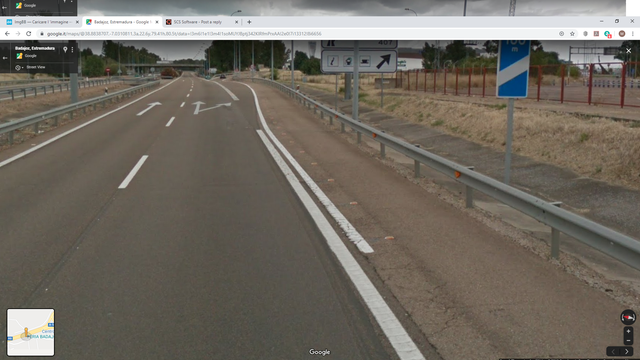 until now it wasn't like that so that may just be another little thing that makes me think they still aren't done with the signs as well, I'm surely curious to see if it will be like that, and if not it's still an impressive work