by harishw8r
Same as the ATS thread, this thread would contain all my ETS gameplay screenshots.

Speaking of my gaming style, I do vanilla and in ETS2, I stick to the latest truck model in each brand (S for Scania) and cargo market. With black being my favorite color, I tend to paint all my trucks and trailers in black. Each garage of mine is dedicated to only one truck brand, and I follow a garage coding system that can be seen on the driver's plate (like TR-ITB for Istanbul), which you could find commonly in my screenshots.

To start with, here is a pic of one of my Istanbul's Mercedes Trucks at Nantes, France along with a beautiful tram. 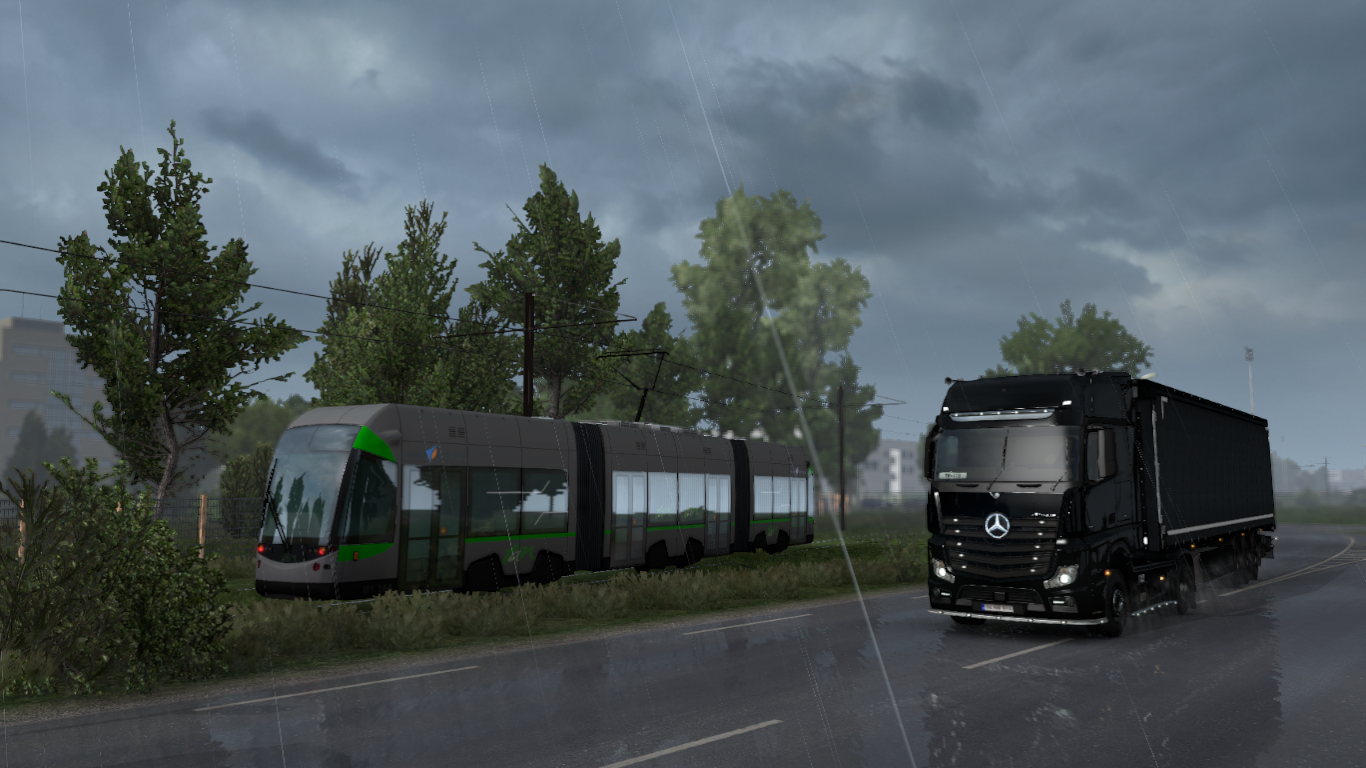 by 55sixxx
That looks mean.

Ps: And btw, i drive a Benz too, you have those LED's in the same places as my truck and also the same sun visor.

Took a small test drive of my new Renault T to the hill near Palermo. Usually never my choice, I started liking this truck since I adapted to real automatic transmission very recently.

Undoubtedly, this is one of the most photogenic trucks in the game! 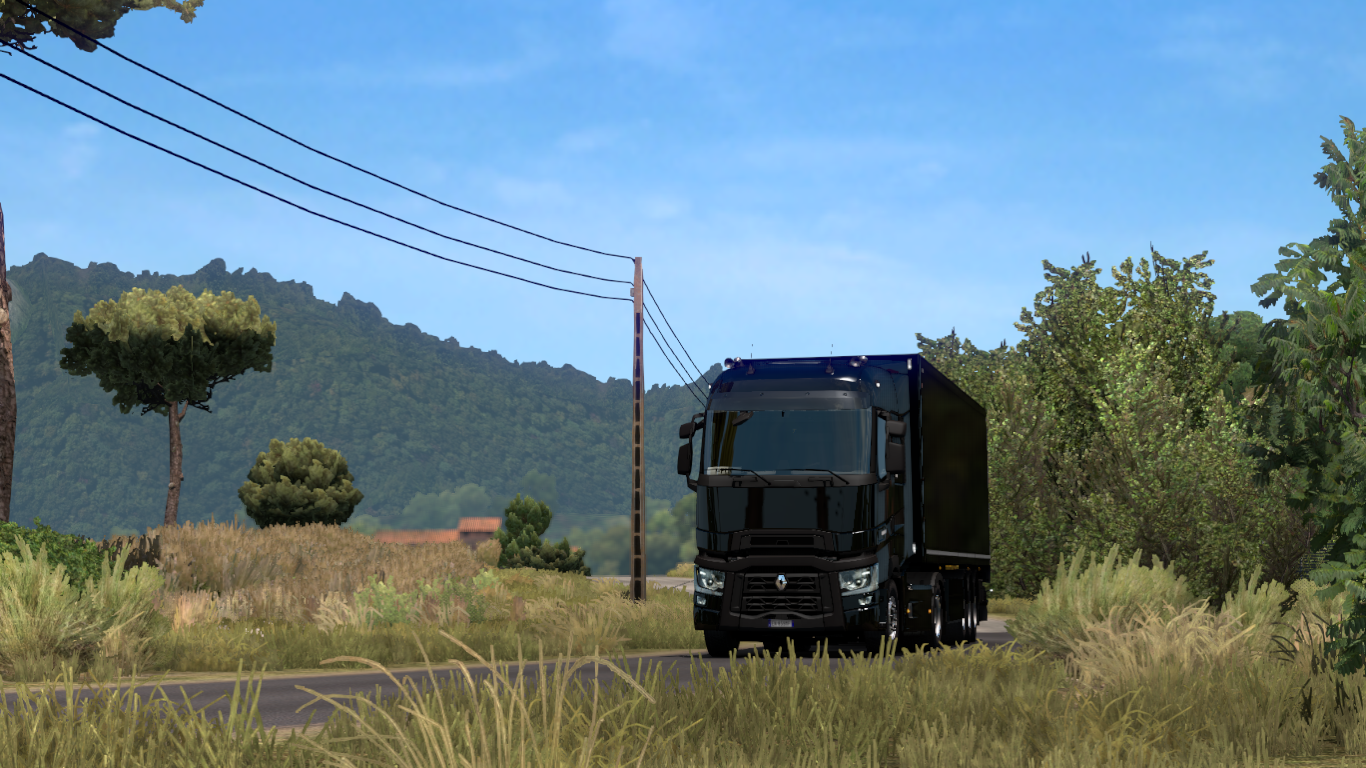 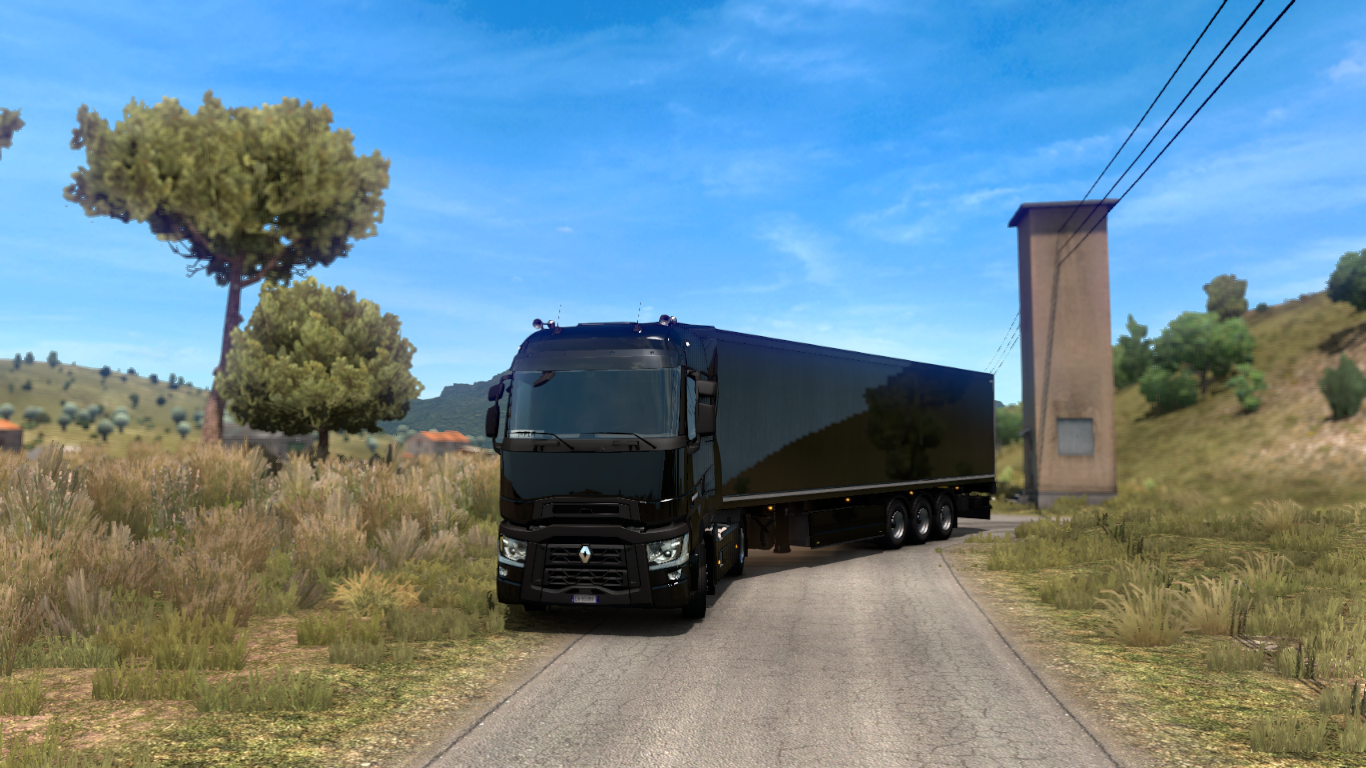 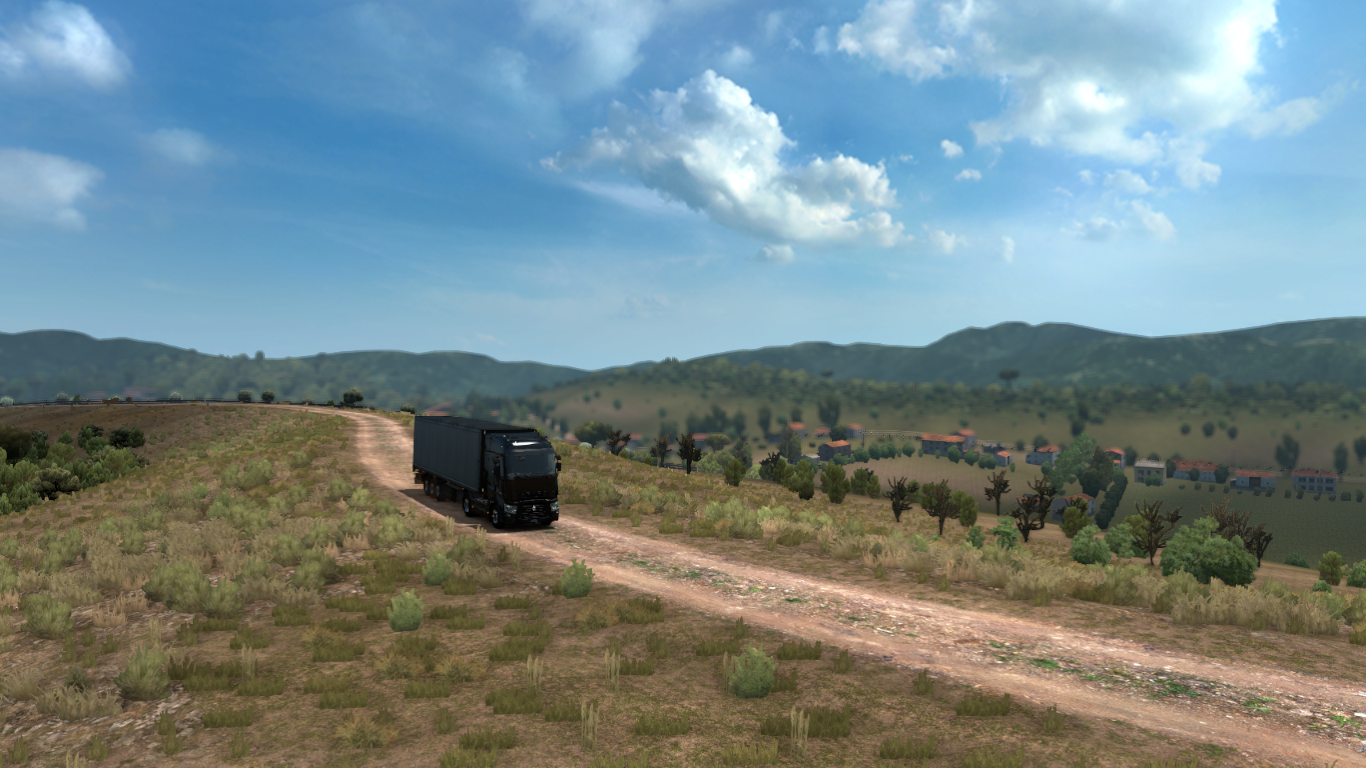 by harishw8r
The badass one!

The DAF XF Euro 6 is one of my most favourite trucks in the game. Might look brittle but is actually not, handles well and can pull any load effortlessly. 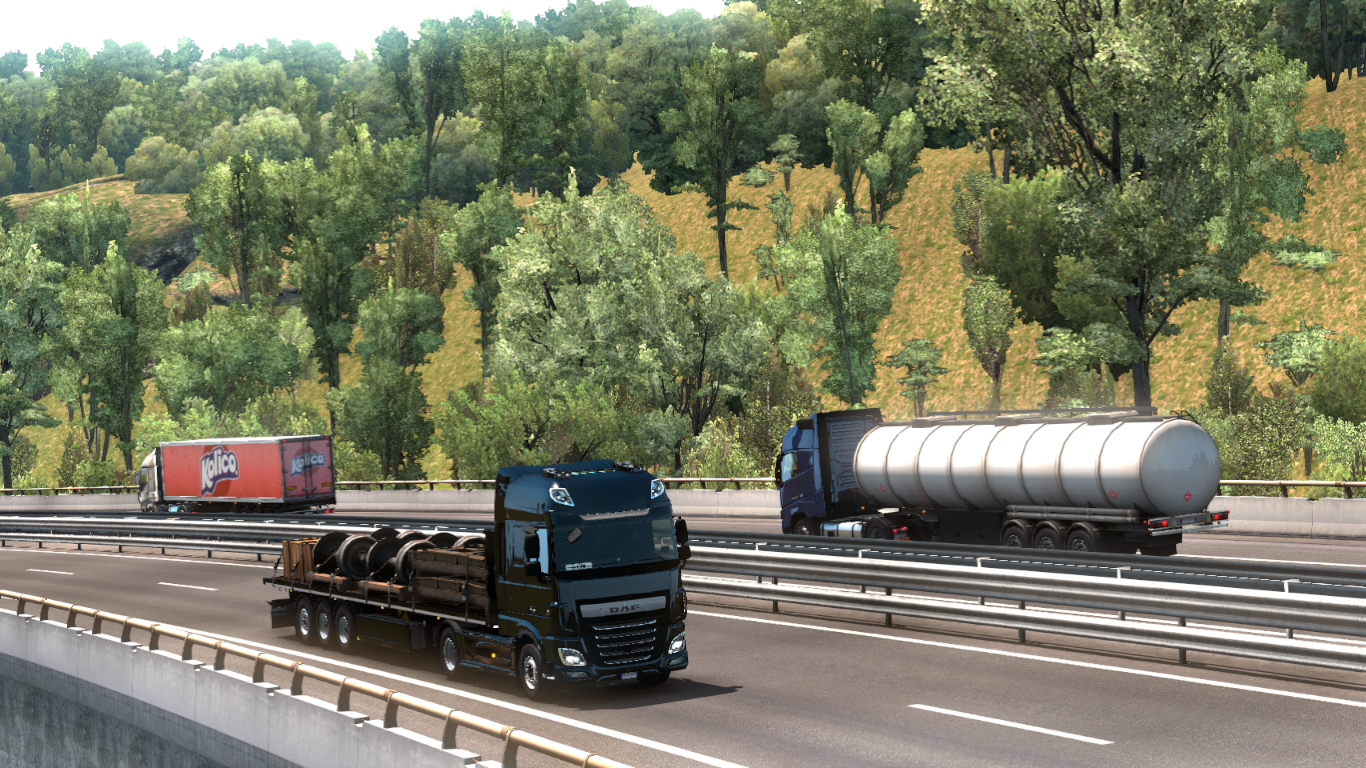