Hello,
If SCS ever expands to Asian side of Turkey I believe this topic could be useful for them.
First off, here's major motorways;
O-4 Which connects Ankara to Istanbul.

O-5 Which connects Istanbul to Izmir.

O-31 Which connects Izmir to Aydın. (pink section is planned)

O-21 Which connects Niğde to Çukurova region. (pink section is in construction) 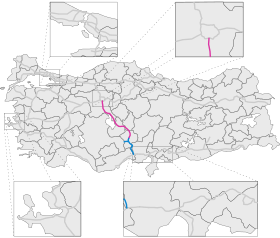 O-51 Which connects Mersin to Adana. (pink section is planned) 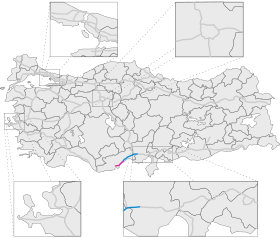 O-52 Which connects Adana to Şanlıurfa (pink section is planned) 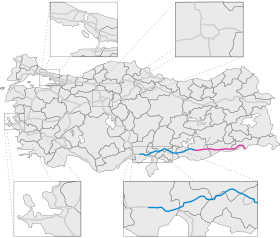 I believe this could be very helpful if SCS ever decides to build the Anatolian part aswell. You can also comment down if you also got other information.
Top

Its Not Europe Its Asian part of turkey....

Enjoy My Paintjobs & My Mods!
Top

@Antikal_116 thats why he put "Asian Part" in brackets!
Calais-Duisburg -> Kapikule-Istanbul. Everyone is welcome!
Top

i am pretty much sure they will add western parf of turkey (up to ankara) with the dlc related greece. you can see those areas in the current map in the game.
Top

If Anatolia region would be confirmed for a future DLC, make sure that Yavuz Sultan Selim Bridge, the northernmost one via O-7 highway is only avaiable road to passing thru Anatolia in Istanbul for trucks. Bosphorus and Fatih Sultan Mehmet Bridges are not avaiable for any truck and even coach use.
Make'em all drivable!!
official den of roadranger
Top

but if you dont bring 2nd bridge to the game you dont see any beautiful views of bosphorus and istanbul since it is not possible to make 1st bridge in the game.
Top

3 letter + 3 number registration plate scheme should be added. Almost all registrations since 2018 have been numbered that way.
Top