@Algum motorista novato
The ambulances shown do not match the reality of the Autonomous Communities for example the Red Cross does not perform the rescue service on the highways and this is a fact, and some autonomous community layouts, presented for example, are out of date.
On the other hand, if you want a universal system of ambulances for Spain, then they should be used: DYA.
Every case DYA SAMUR - Civil defense, Red Cross are not the most suitable.
Each community has its own layout pattern.

Ok as you want.
The problem that will not be very realistic, making a hybrid model with posted images, for example placing the Red Cross to attend emergencies on highways, this is not very realistic today.
This was 30 years ago in Spain, but not today.
Top

Even the DYA Emergency Service has different layouts between the autonomous communities in Spain.
"It has the same ambulance system in the United States", each region has its own standard.
Red Cross is not ideal for the game.
Since they want to create a fictional model of ambulance service.
So at least it's a little closer to reality, with DYA 112.

DYA is the most realistic of the emergency services, if you wish to be placed as a "unique standard" of ambulance, and layout for the whole of Spain.
Because it meets all the necessary requirements:
- Follows the standard layout established by the European Union as uniformity is desirable (color standard in the bands in green and yellow) to the European standard for street in the European Union.
- It has a unique number of calls which is 112.
Red Cross and others please don't have any logic completely out of reality.

The posts are aimed at meeting this need, which was posted precisely by SCS in a post a few days ago, about the lack of information on ambulances for each community.
It is possible to do on all ambulances in the Spanish regions is what he was willing to do.
Put here information about the updated model ambulances for each of the 19 regions.
I think that was the idea of "contributing", when there are problems looking for solutions. 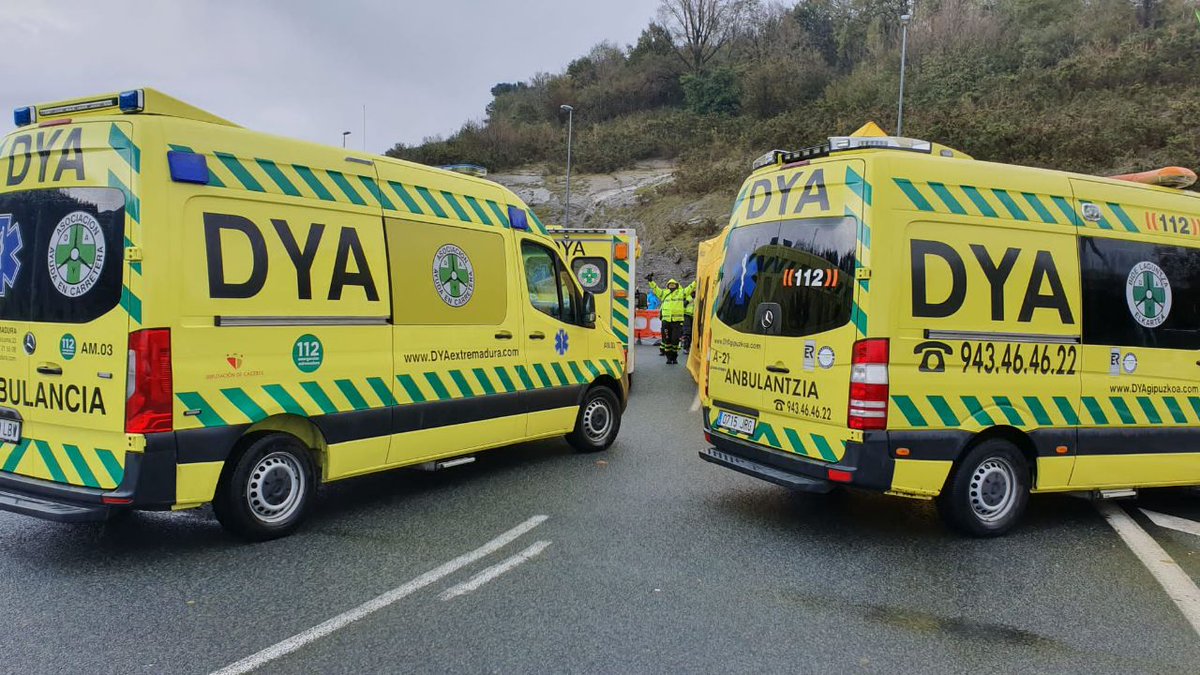 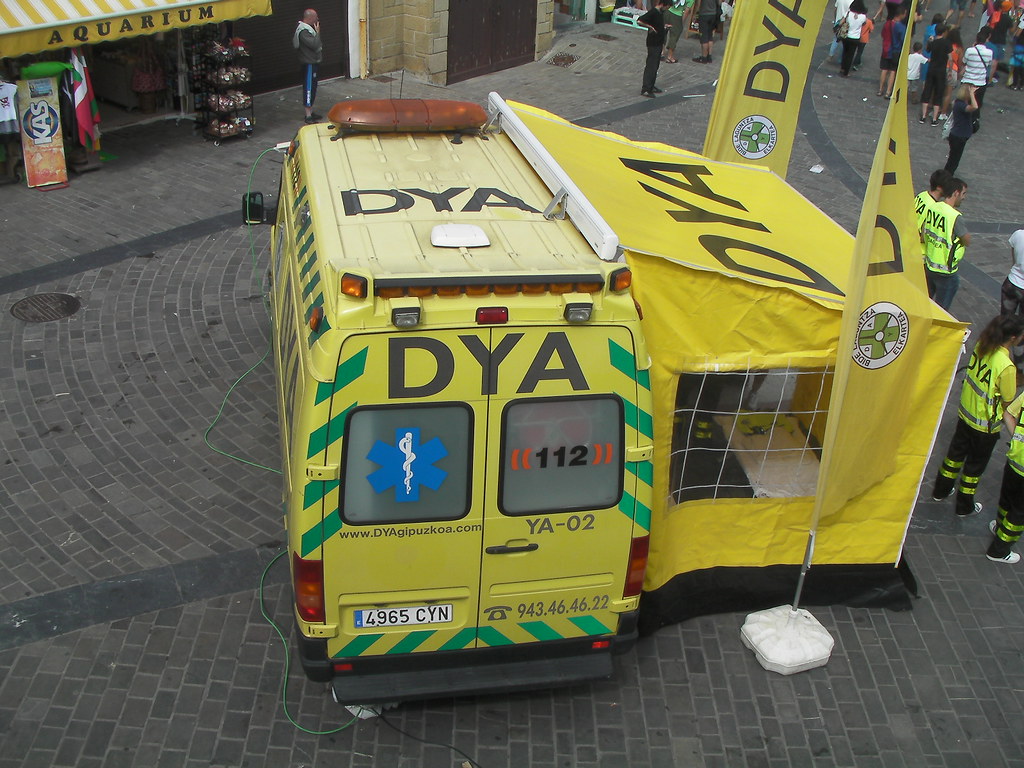 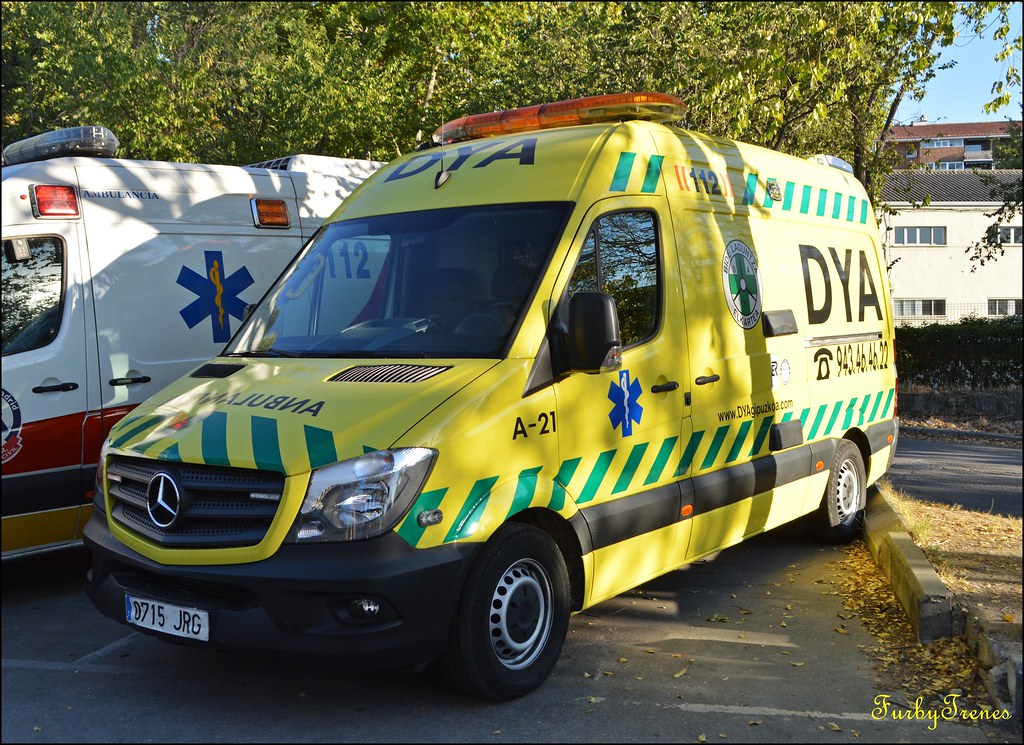 First of all: my nickname is Some newbie driver, not any translation of it. I used your exact nickname, have the respect to do the same when talking with other people. There's the forum mention feature if you don't like to write so much.

Second: The fact that Red Cross doesn't do emergency tasks has already been pointed just under the red cross ambulances images, by me specifically. Something that you will already noticed if you dedicate less time searching redundant info and a bit more reading what was already said.

Third: Some people, me included, already explained too that every CCAA has it's ambulances look patterns. In several cases, at least 2 look patterns (one for emergency vehicles and other for "regular" services and as backup). Two if you don't count that, when those look patterns change, there will be a large time while they both will be on display until all vehicles will be upgraded. And that includes DYA and SAMUR, whose geographical action zones are very limited. Several examples of different ambulances (but examples, not long series of images) have already been posted here, not only the Red Cross ones you saw.

Fourth: It's pointless to include here 10+ images of the same vehicles; for that SCS can already search on Google Photos for "Spanish ambulances" and will have a lot more images than you can provide and on a more suitable interface to navigate them. Embedding here so many so similar images only serves to make people get lost when scrolling.

Fifth: What SCS needs from us is information that gives them context about what they find on Internet, that gives them the details, or the insight that a simple blind search over Internet can't give. They aren't stupid, they can do on their own the same searches you are doing here. But that's not enough for their work. I'm from Spain, you are from Brasil, but by your words it seems you pretend to teach me how's the life in my country. Mock me a lot if you see me someday doing that on another country's pre-research topic.

Last but not least: Kraake already told us, it's not possible for SCS to include all those emergency vehicles variations. And even if they do so, there's no way they could restrict their apparition to limited sub-zones of the Spanish map (if the game already depicts police cars out of their countries, go imagine). So, it doesn't matter that any of us think it's not realistic, they will have to find a middle point that suits enough. Do you really thing that they had not to do it already on other countries in the game? Take a look to that explanation of German emergency services and compare with what we have in game: https://en.wikipedia.org/wiki/Emergency ... in_Germany

As like the map is scaled to 1:19, scale your expectations the same; because neither everything fits into the game neither SCS has the manpower to include it all.

Regarding the police cars (I'm referring to only Mossos d'Esquadra and Ertzaintza), maybe a good solution is not to include the cars in the AI, and only as a stationary vehicles like some police cars in ATS. Only the car model parked at one side of the road, in specific points as a radar. idk... 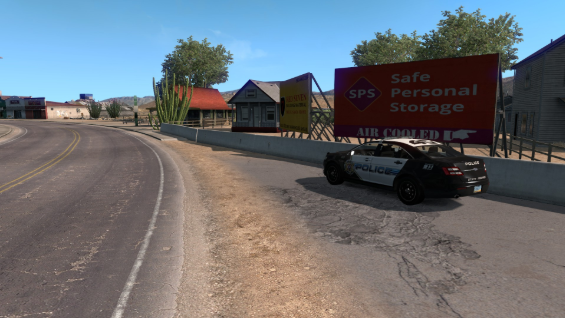 Maybe another option is "ban" GC de Tráfico like you ban the street sweepers outside the cities. I don't know how this is coded, if is a lot of work or even if is it possible, I'm just throwing some random ideas... (yes, I've read your last paragraph Some newbie driver

It seems that yellow color is increasing in the case of ambulances: 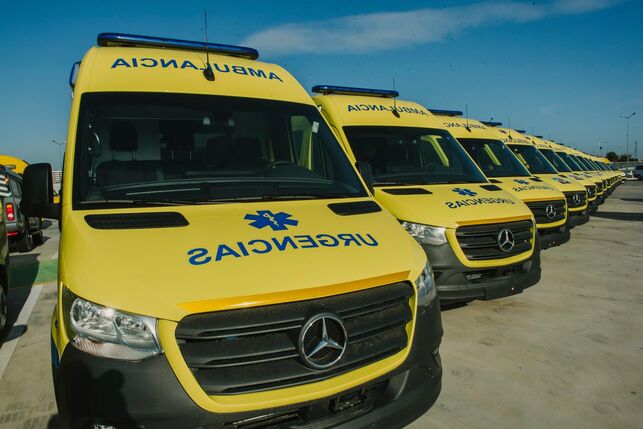 
Yes the general standard of ambulances in Spain is now yellow in all 19 regions.
Top

IBIZA
Perhaps, the videos below can somehow help with the landscape issue, and Urban in the construction of the maps.

I hope SCS don't rush the DLC and deliver on what we are expecting from them, because they are mixing up portuguese and spanish signs and I'm beginning to be worried. And as if that wasn't enough, they are using the signals in a wrong way. 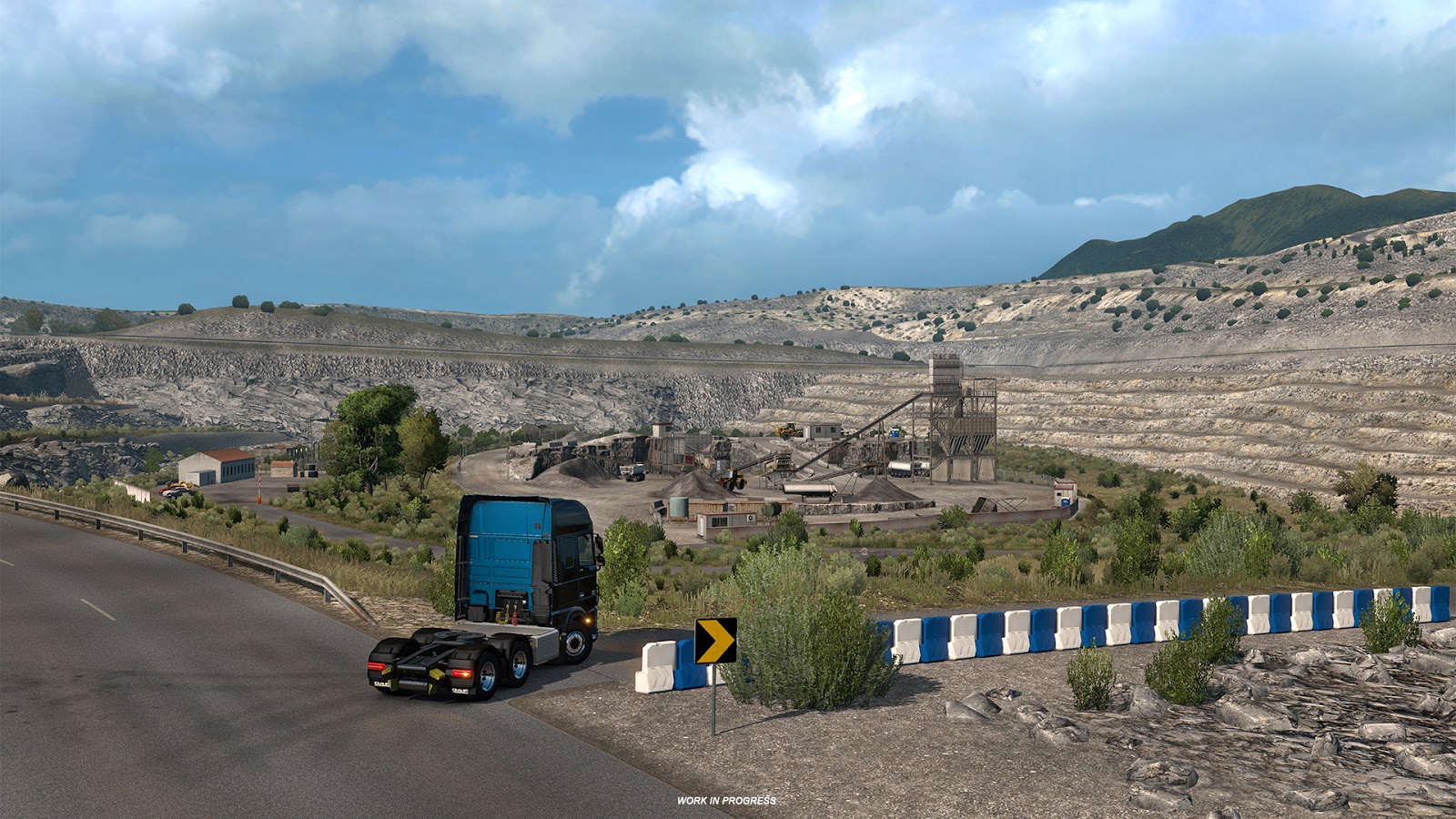 This image shows a Portuguese sign on what should be a spanish desert, hundreds of kilometers away from Portugal. But this one sign isn't even used for indicating exits.

Translation:
Directional bay: signals the development of a curved section, can be used individually or in multiple sucession.

This signal is used on the main road when there's a sharp turn, not for secundary road exits. Like this:

I hope my feedback is eventually used.
World of Trucks Profile
Top

I see another problem with the signals. In the third image of the blog post it can be clearly seen two different aspects for a speed limit signal. The nearest one has a white outer border. That's how the french signals look, but not the Spanish ones. The foremost one seems to have just the red border as it should be.

I hope they are just placeholders awaiting for the proper textures to be finished.

Also, for the moment, it doesn't seem that AI trailers show the trailer specific plate mandatory in Spain. I don't know if they are going to add it anyway; it's going to be a pain in the ass to have to modify all the trailers models and the plate system only for Iberia. But I hope they will accomplish it; that kind of details are the ones that made their game to be more than good, to be great.

Some newbie driver wrote: ↑
17 Mar 2020 19:29
Also, for the moment, it doesn't seem that AI trailers show the trailer specific plate mandatory in Spain. I don't know if they are going to add it anyway; it's going to be a pain in the ass to have to modify all the trailers models and the plate system only for Iberia. But I hope they will accomplish it; that kind of details are the ones that made their game to be more than good, to be great.

Though road signs are far more important, I think SCS have been commited with license plates and I only expect it implement the iberian law into the simulation.
World of Trucks Profile
Top
Post Reply
379 posts