We are in January 2020, soon, DLC Iberia, will be ready for the game Euro Truck 2, however some important parts have not been researched, such as Gibraltar.
The purpose of this topic will be to gather information about Gibraltar, being a space for dialogue, and exchange of ideas about this Iberian territory.
Topics such as: economy (cargo), Logistics (continental / Europe and transcontinental / North Africa), landmarks and monuments, landscapes, police, fire brigade, customs, airport and flights, and anything that might be useful for this small strategic territory, enter the Iberian map in ETS2 (in 2020 or in the future with other small countries and European territories, in a special DLC maybe with the name; " Little Europe").

IMPORTANT:
Contributions that may accumulate knowledge, information, curiosities for the development of the game, are welcome.
Political manifestations of belonging to Spain or the United Kingdom are inadvisable as they are not productive for the ETS2 game.
Useful information for building the map and the iconic GIBRALTAR world of ETS2 virtual truckers about the territory is important. ------------------- Municipal waste -----------------
One of the major issues in the territory of Gibraltar is undoubtedly the issue of municipal waste or garbage. Historically Gibraltar has had a waste incinerator but is
deactivated due to the advancement of new environmental ideas and concepts that have prevailed in Europe.
The video allows to observe urban cleaning machines.

Suggestion: Transport cargo from "street cleaning machines" to the territory.
The justification is in the link. https://www.gibraltar.gov.gi/press-rele ... 92019-5346
The local government purchased machines for a private company operating in the territory (performing their work in a public-private partnership system. The previous
company had service canceled because it was unsatisfactory).

Municipal waste is collected 6 days a week by the private company "Gibraltar Industrial Cleaners", and deposited at the temporary station, on Europe Advance Road, until its
final transfer to the "Sur Europa" environmental complex, in Los Barrios (Spain).
The average (in 2010) was 616 kg of garbage per person in "ROCK".
The total waste includes what tourists and packaging generate.
About "ROCK" receives 10 million visitors a year.
Annually the territory generates 30.000 tons of waste, that are so used in Spain for the manufacture of biogas. 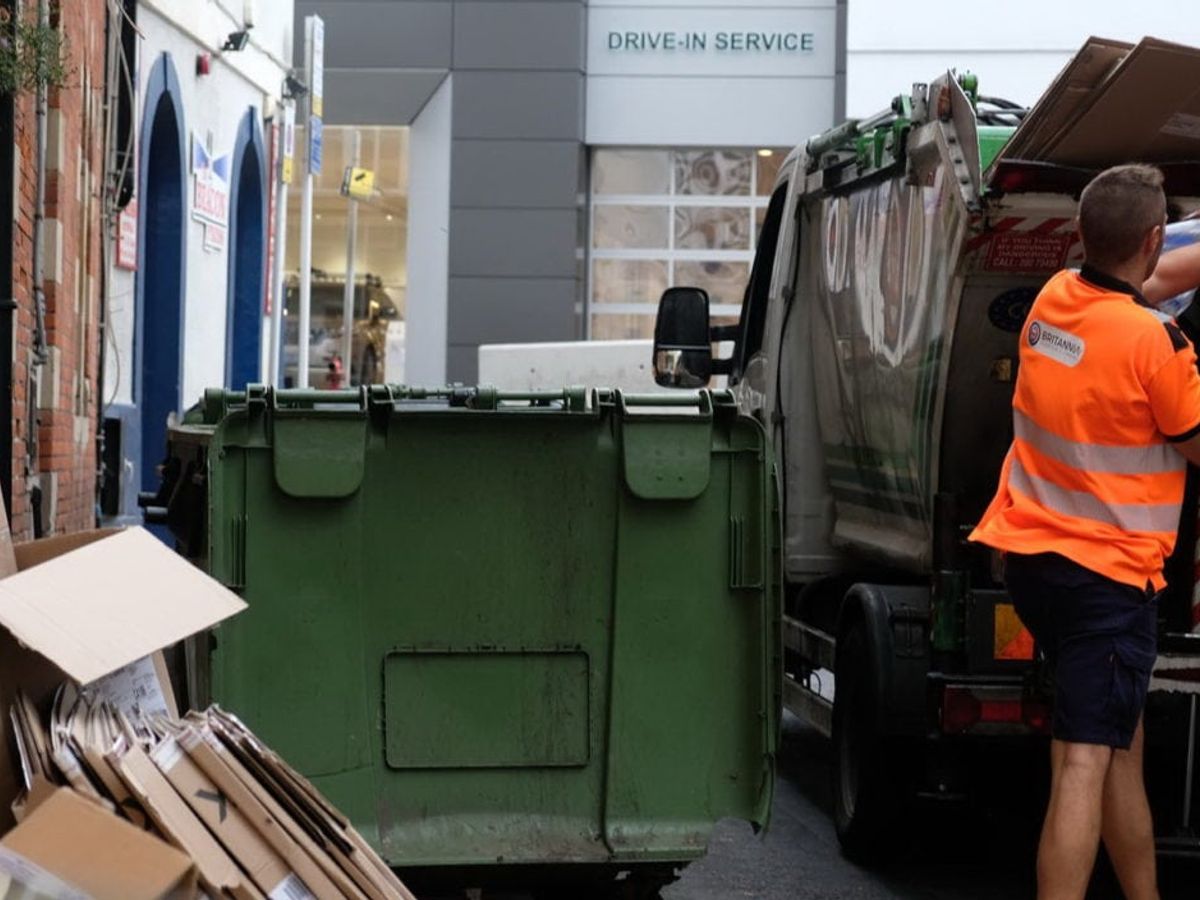 Organic waste is transported by truck to the Environmental Park in Spain, where it will be decomposed into biogas.
Take a look at the link below for the way trucks and trailers take to transport waste for environmental decomposition and Spanish biogas production.
Route map:
https://www.google.com/maps/dir/36.1158 ... 36.2234294

Scraps are also other products that trucks transport to Spain, destined for specialized companies.
Below are images captured on Street View of a truck awaiting transportation and scrap.


The images below show the ends of the tunnel "Dudley Ward Way" .

Rare events:
Tunnel "Dudley Ward Way" It has the potential to be used as a random event that blocks access to this sector of Gibraltar.
Thus temporarily preventing access to the former incinerator, and make freight of the loads of: garbage, scrap.

COMPLEJO SUR DE EUROPA
This is where Gibraltar waste is processed.

Gibraltar Motorclub.
Localization:
https://www.google.com/maps/@36.1282327 ... 312!8i6656
Some streets featured in this video are not accessible by truck, but I consider it important to leave material recorded.
Because they show; streets, iconic tunnels at the top of the "Rock". We may not have other images. It is useful for SCS Software. I believe it.
I had no knowledge of these streets and tunnels.
Marina is giant.

Construction began in 2015 and not yet completed in 2020 is planned.
The first session is expected to be ready for internal lining by April 2020, although this tunnel is small, work is proceeding at a slow pace, due to many archaeological findings
(including the Roman Era) as well as constructive problems involving the construction companies. 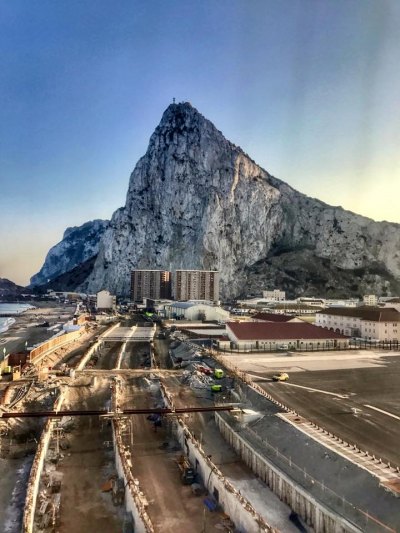 When completed the work will be a major express track and require other road adjustments for its full operation in the city of Gibraltar.
The tunnel, when completed, will lead to even greater debate about the future of the airport bus route as there are two opinion groups.


Gibraltar uses the same traffic system as the rest of continental Europe. They drive on the right lane with the steering wheel on the left side of the car, just like in Spain.
Top

Believe it is important to place the maritime police patrol boats of Gibraltar on the game scene, be they in the static system at the port or in the Marina of Gibraltar, and maybe even with movement.
Looking at the territory a little, some animated scenes would be interesting in the maritime area of Baia.
That is, both; cargo ships, also Patrol boats, whether from Gibraltar or Spain.
This would convey a greater Realism, so to speak, a feeling that things are happening; maritime flows. 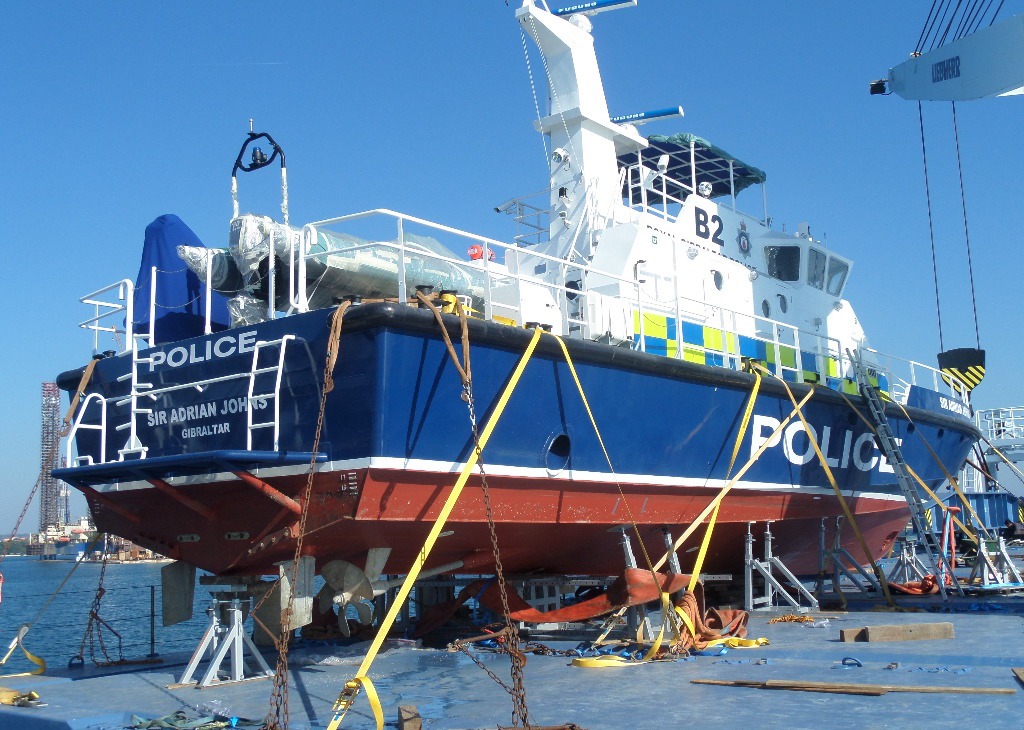 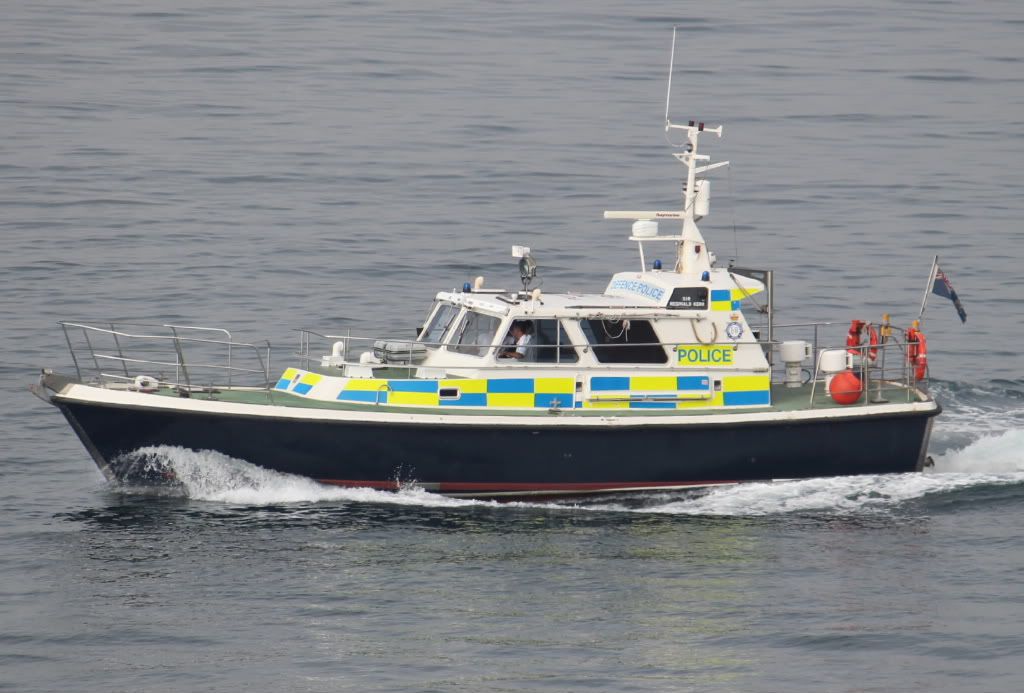 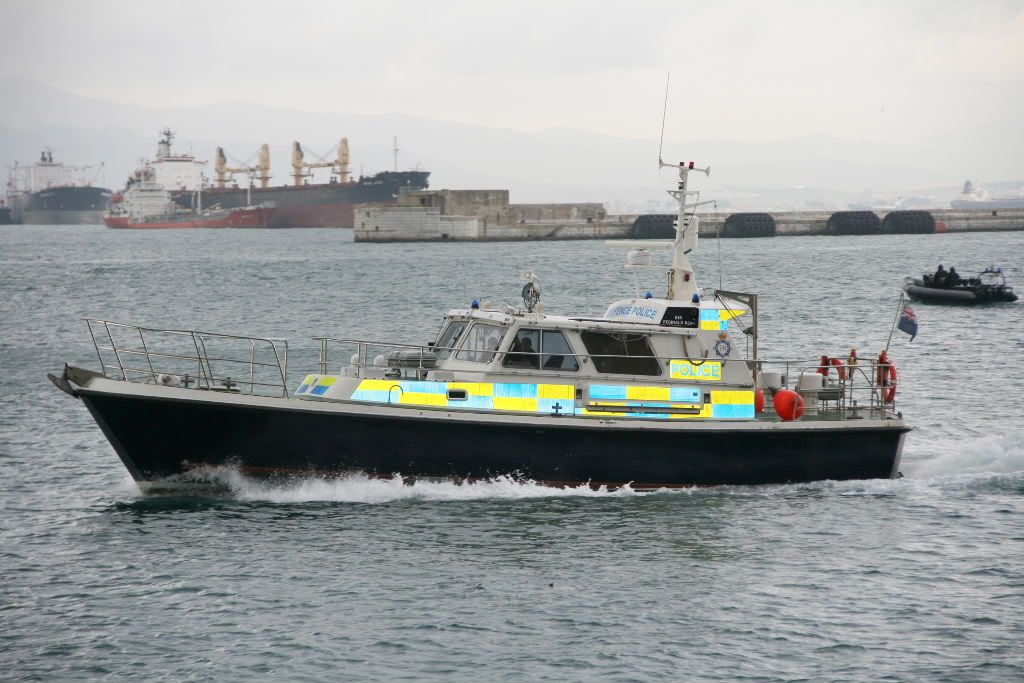 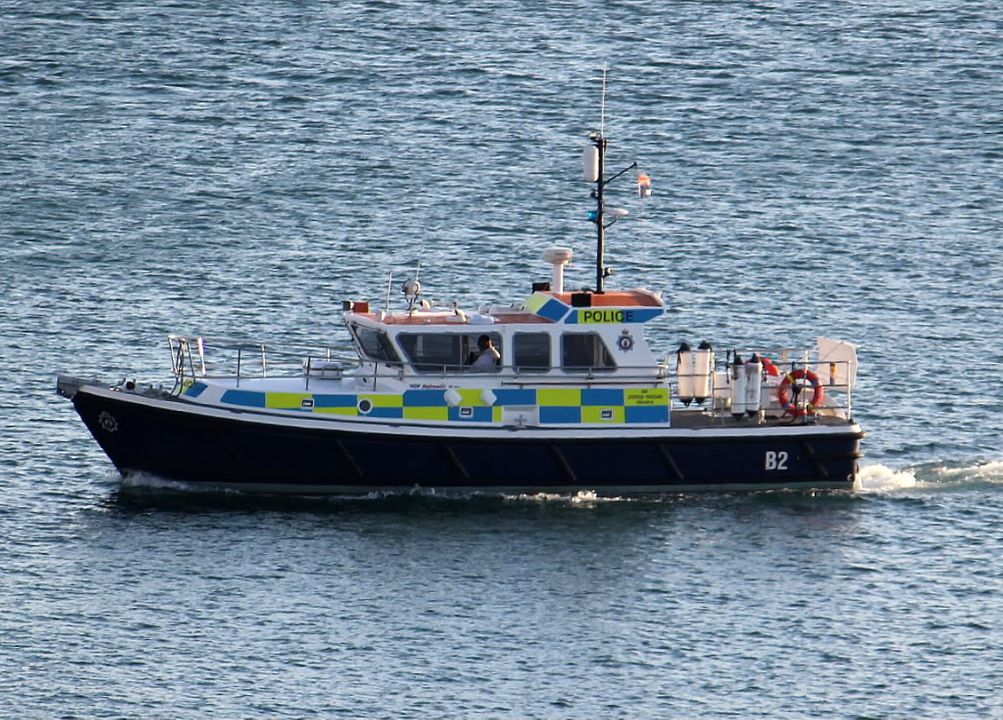 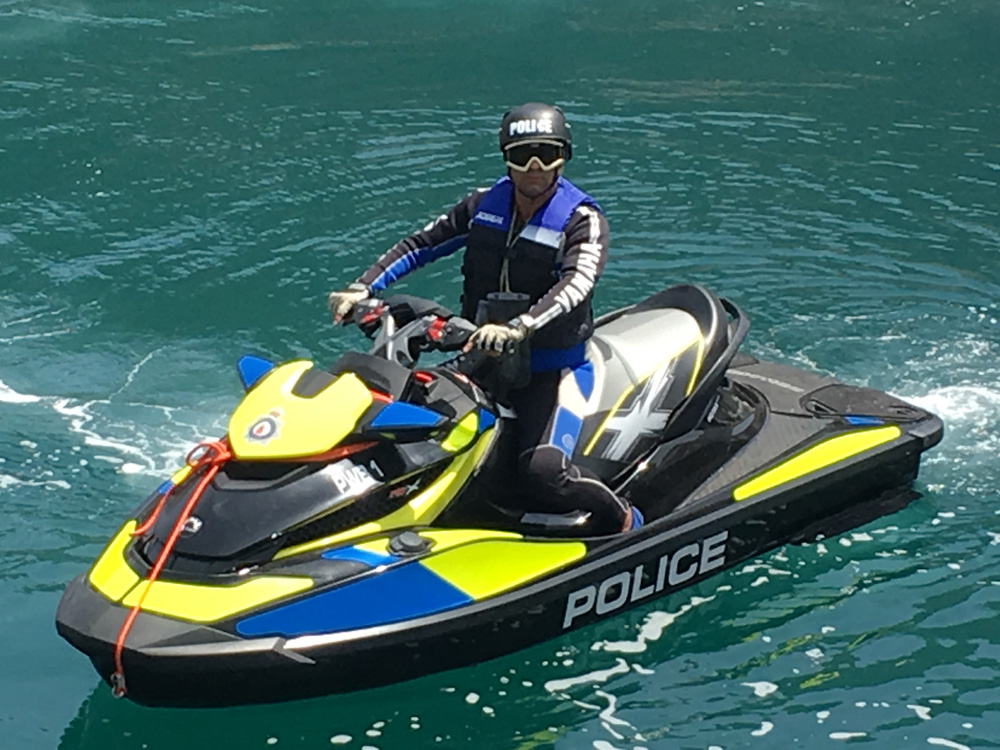 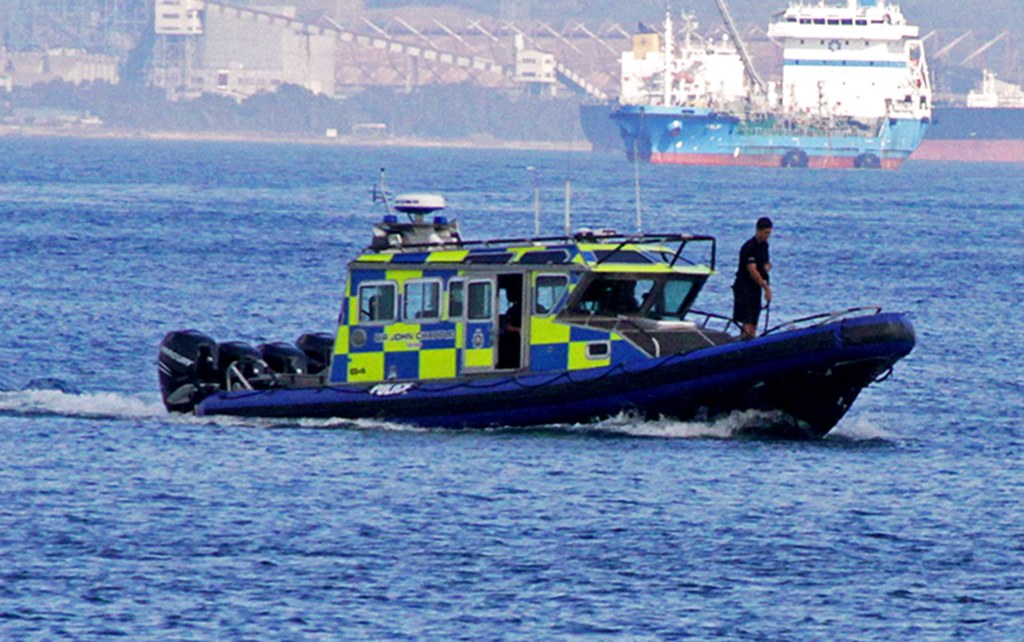 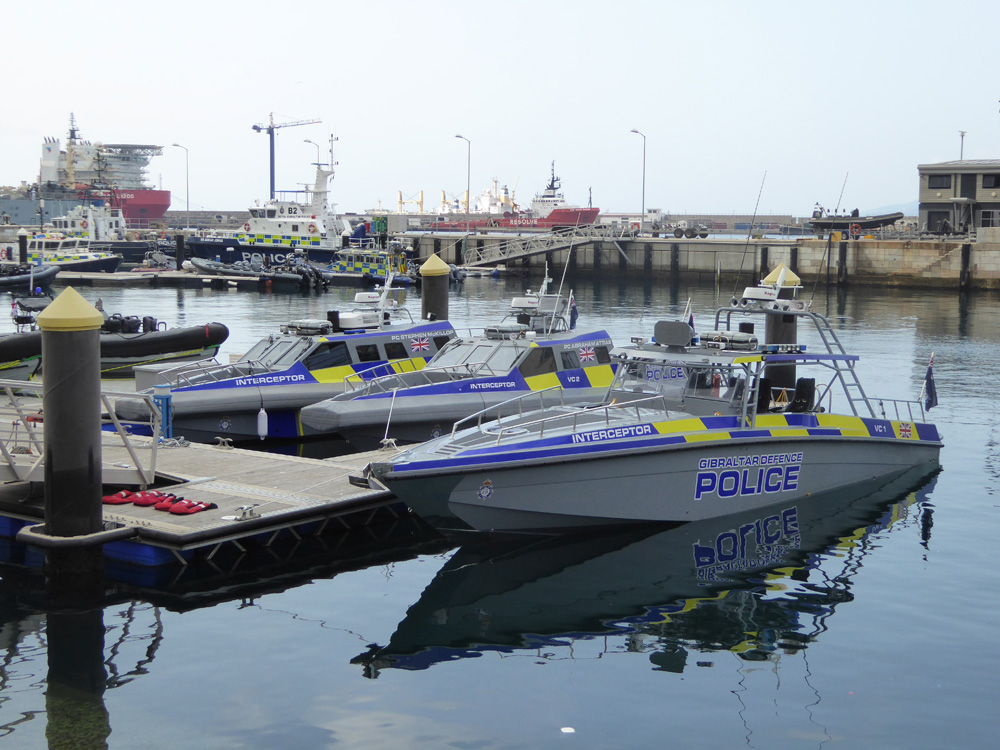 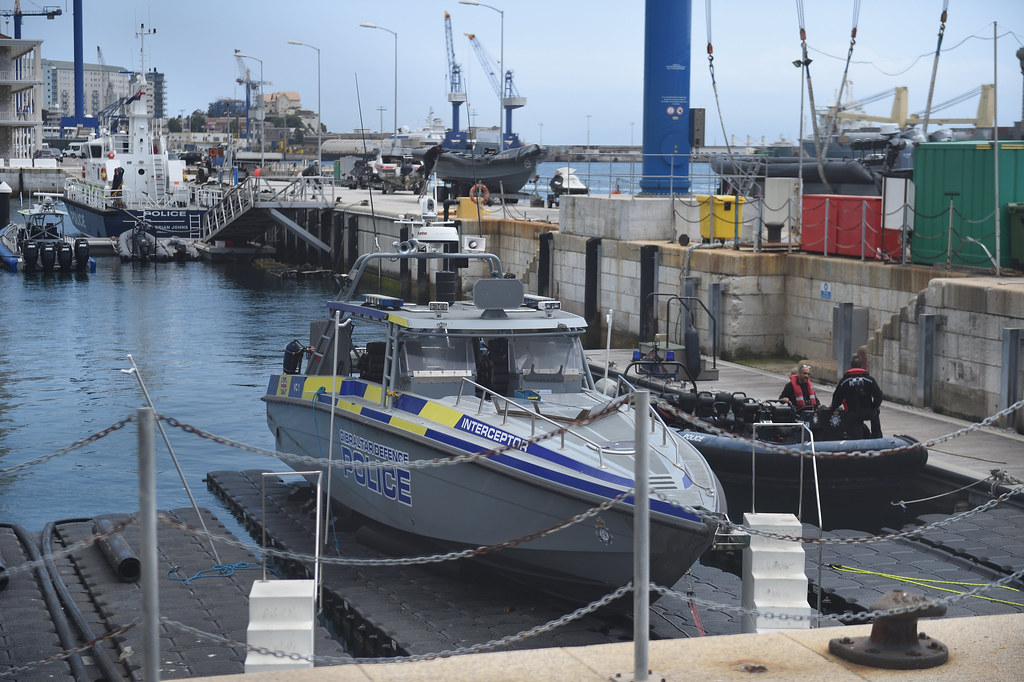 It is also important that in the area of the Bay, you have the Spanish maritime police patrol boats.
Both police combat some types of crimes, for example; illegal immigration, drug smuggling, cigarette smuggling, maritime environmental inspection, fisheries inspection.
They are types of illegal activities very common in the area of the Straits of the columns of Hercules.

There is great cooperation in the level of security between the Gibraltar police and the Spanish police in person or in the maritime sector. 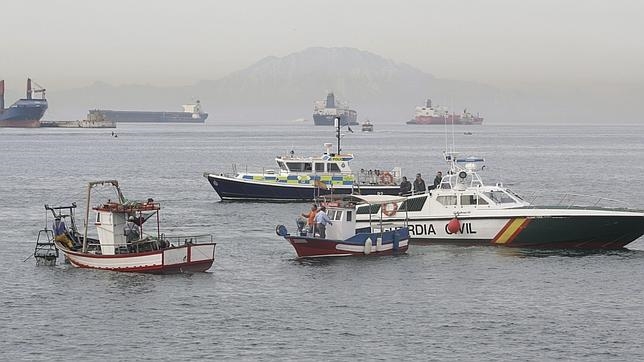 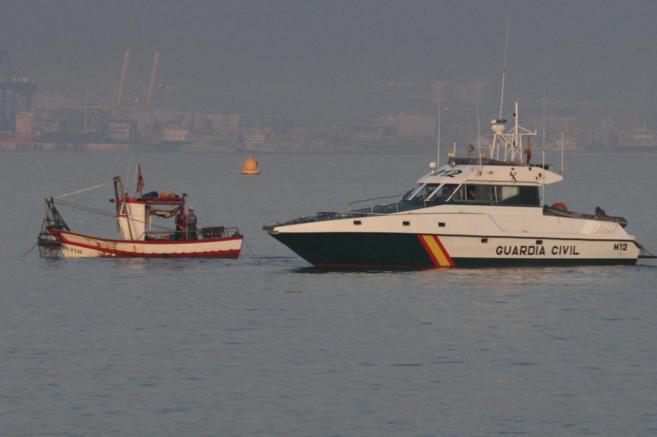 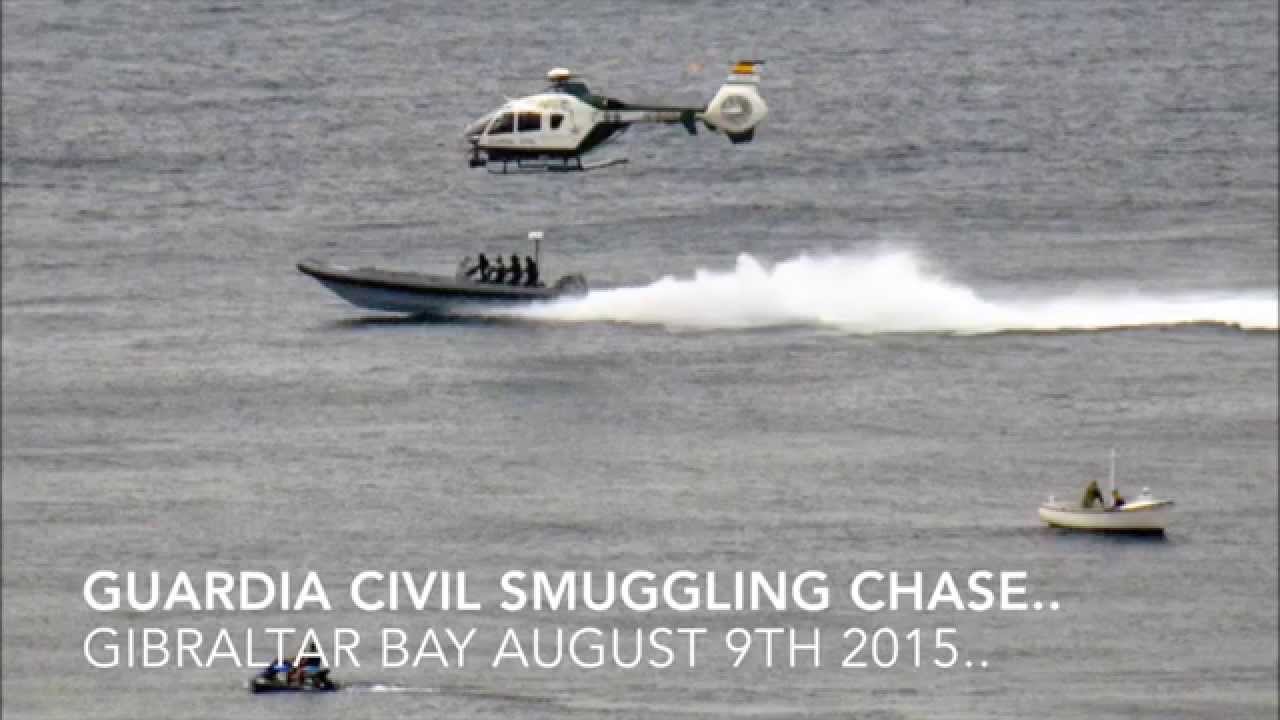 Virtually all of the maritime police boats in Gibraltar, which I understood by researching, are assembled and adapted for maritime police activities on the island of Wight.
Top

Don't forget even though they are a UK territory, they still drive on the right like most of Europe. Also, they have these type of British number plates.

In this video we can see the truck driver entering the Customs post in Spain, to Gibraltar airport.
Then being guided by a motorcycle whisk who is also a guide, to the company (place of delivery).

The video is also possible to observe the technique used to maneuver the truck to park on the Gibraltense cargo deck.

Industrial District and cargo area:
The complex is located to the right of the Gibraltar shipyard. This complex is shaped like the letter "Y".
https://www.google.com/maps/@36.1271105 ... a=!3m1!1e3
Top

To create the playable map of "Gibraltar" we will necessarily need the twin city Spanish of "La Línea de la Concepción".
Because it is the city on which the border is between Spain and Gibraltar, it is the only known road access by land road route between Europe and Gibraltar.

Trucks must pass through Spanish territory and this city, in prominence.

The following link has the description of the road itinerary passing through Avenida Príncipe das Astúrias, CA-34 until its connection with Highway A-7.
On the way the route goes through: 7 roundabouts, 2 squares ("Monument to the workers of La Línea", "Monument to José Monge Cruz" Camarón de la Isla ") 2 important monuments (located in the squares themselves), 1 church (" Parroquia de la Inmaculada" - in San Roque ), 2 supermarket (" DIA MAX "," LIDI " in San Roque), 1 gas station with car wash. access to "Marina Alcadesa" - receives yachts and boats - has a port transfer machine for boats).
On the route there are access to the following industrial companies:
access to "Cernaval Group Shipyard" (in San Roque), (shipyard), Access to the petrochemical complex (in San Roque).

In the itinerary link there is researched material about the monument on the route and some of the companies in the sister city.
Top
Post Reply
13 posts