Forum rules
SCS as a company do not wish to have paid mods on this forum. While we understand that not all paid mods use the Intellectual Property of other companies/people, it is very hard to moderate what is and isn't acceptable when money is involved. There are also concerns that it could look unfavorable to potential work partners going forward if SCS allow mods that may potentially use unlicensed branding.
Posting in the Mods forum (ATS and ETS2) is restricted to sharing free-to-the-public mods and providing support for mods. For more details, please check chapters [4] and [5] of Forum Rules.
Post Reply
10 posts • Page 1 of 1

I've been working on rebuilds of existing area's of the map and on parts of VivaMexico.
Currently working on Nogales borders, Nogales city and 15D highway.


Many thanks to the Promods team and Team Reforma for helping me out on many things, it is unusual to come back to mapping after all those years. Support these teams, without them many projects in ATS and ETS would not be possible.
For now the project is private, but I am working together with Team Reforma to see if I can release it. 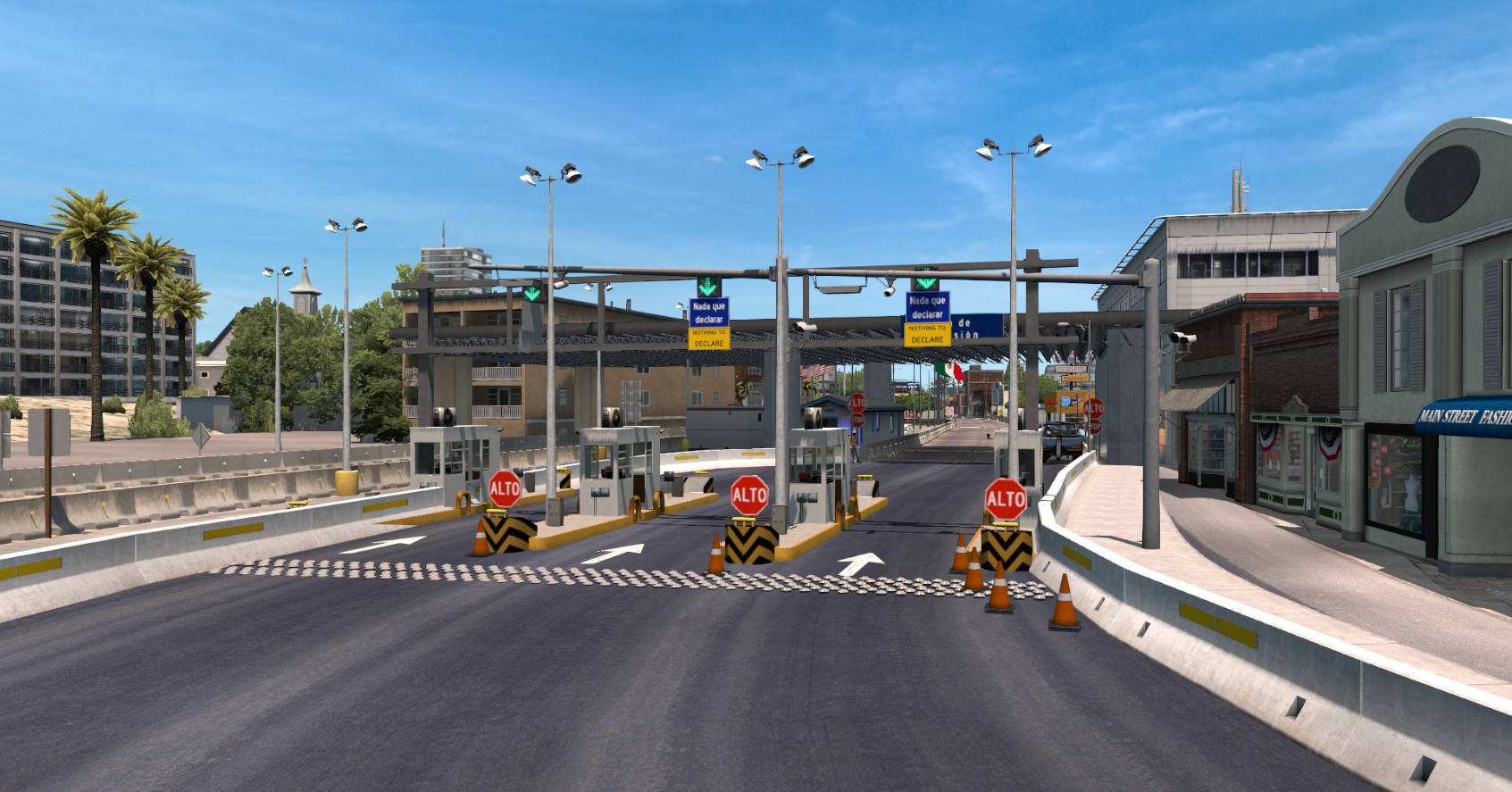 I am mainly posting here to gather feedback and listen to what you want to see in that zone.
Stuff already DONE: TODO/WIP: I might do a first release when 15D to 15 is done, so people can enjoy the new borders. The map will be compatible with Team Reforma's maps and Pazz mod. Others too, but havent tested it yet.
Let me know what you think

Re: Lolsmurf Rebuild of Nogales

Looking at the screenshots I'm very excited for this project, after playing Pazzmod the Nogales border felt a little underwhelming but I'm hoping this mod will help solve that

Re: Lolsmurf Rebuild of Nogales

RandomMoped wrote: ↑
15 May 2020 08:20
Looking at the screenshots I'm very excited for this project, after playing Pazzmod the Nogales border felt a little underwhelming but I'm hoping this mod will help solve that

Yes indeed, I had the same when I drove to Mexico Extremo, so I thought why not fix it myself.
We are in progress of aligning with each other so we dont make the same zones and we can cover as much as possible.

If we have Nogales and Mexicali well made already, that gives players 2 options to travel in a nice place to mexico.
Top

Wonderful work! It's great to see that the old parts of Viva Mexico are being remade.
Top

As one of the main routes into Viva and eventually to Extremo, Nogales has been in sore need of attention. The current border in Viva isn't realistic at all, which is a shame because in real life Nogales is quite a unique and interesting city even ignoring the border. This looks great. At this point with so much of Viva getting reworked we might even want to keep it after western Texas is added and the El Paso-Juarez border.

An extra screen of Nogales:

This map is closed and will be merged (partially) with Reforma map mod soon.
Top

Wow, your rebuild looks nice! Currently, Nogales is bland. However, I would love to drive on it if the Reforma map gets updated with the reworked Nogales inside.
I am using: Lenovo Legion Y530-15ICH / Intel Core i7+ 8th Gen / Nvidia Geforce GTX 1050 Ti / 16 GB RAM / 1 TB SSD
Top

LancerFourms wrote: ↑
22 Feb 2021 22:37
Wow, your rebuild looks nice! Currently, Nogales is bland. However, I would love to drive on it if the Reforma map gets updated with the reworked Nogales inside.

Thanks, yes that's the idea to have it part of the one reforma map we are making by merging our work together. Eblem will redo parts of my work and include it once it's done.
Top
Post Reply
10 posts • Page 1 of 1