If you dig deep into Spanish automotive history, there are a few other brands than can be used as homage:

HISPANO-SUIZA
=============
The oldest one, they were founded in Barcelona in 1904. They stopped after the civil war but the brand restarted recently as a luxury car brand. 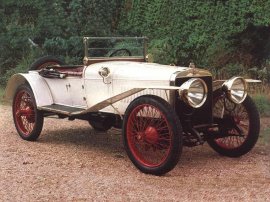 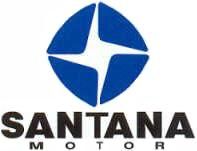 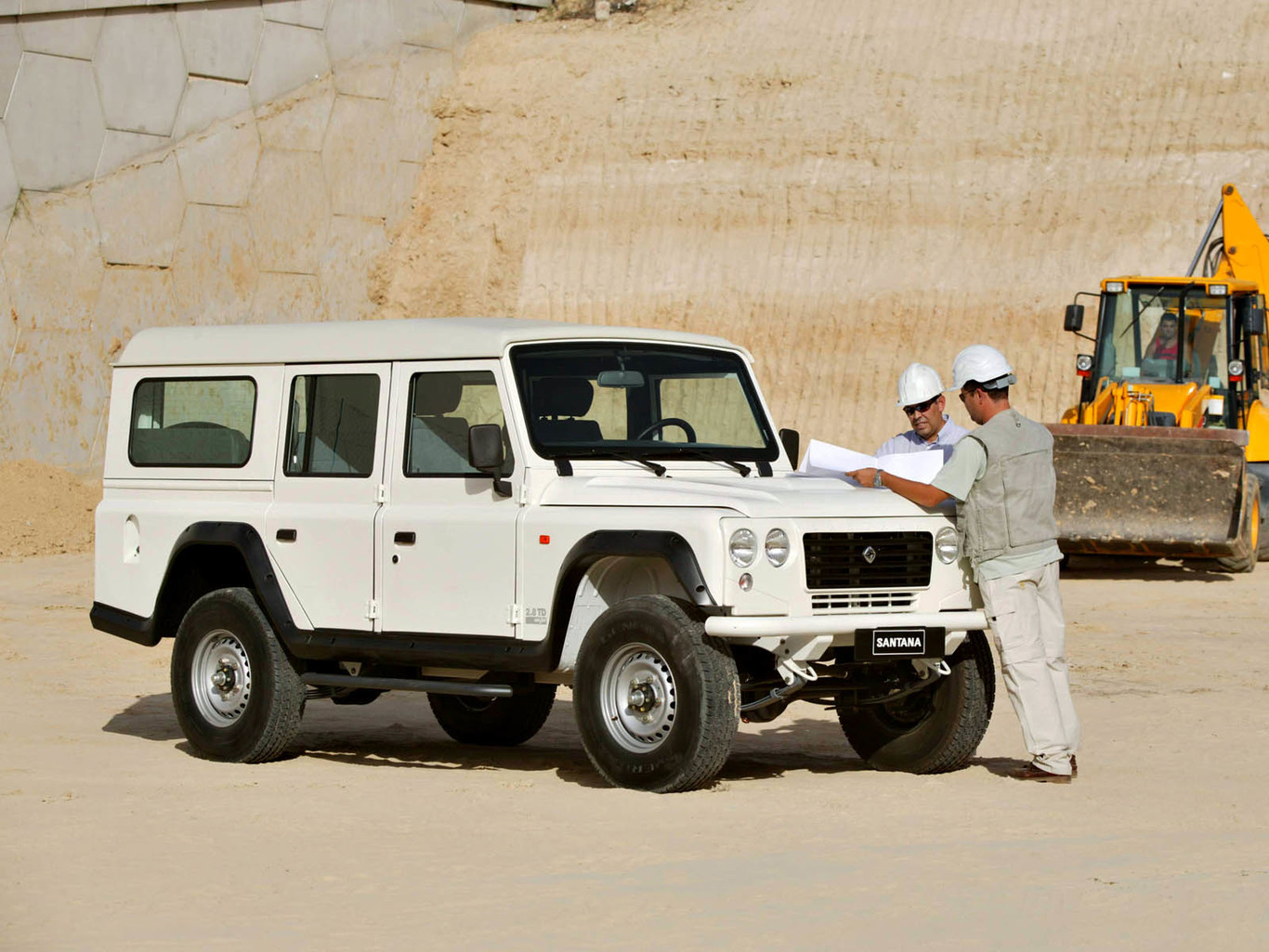 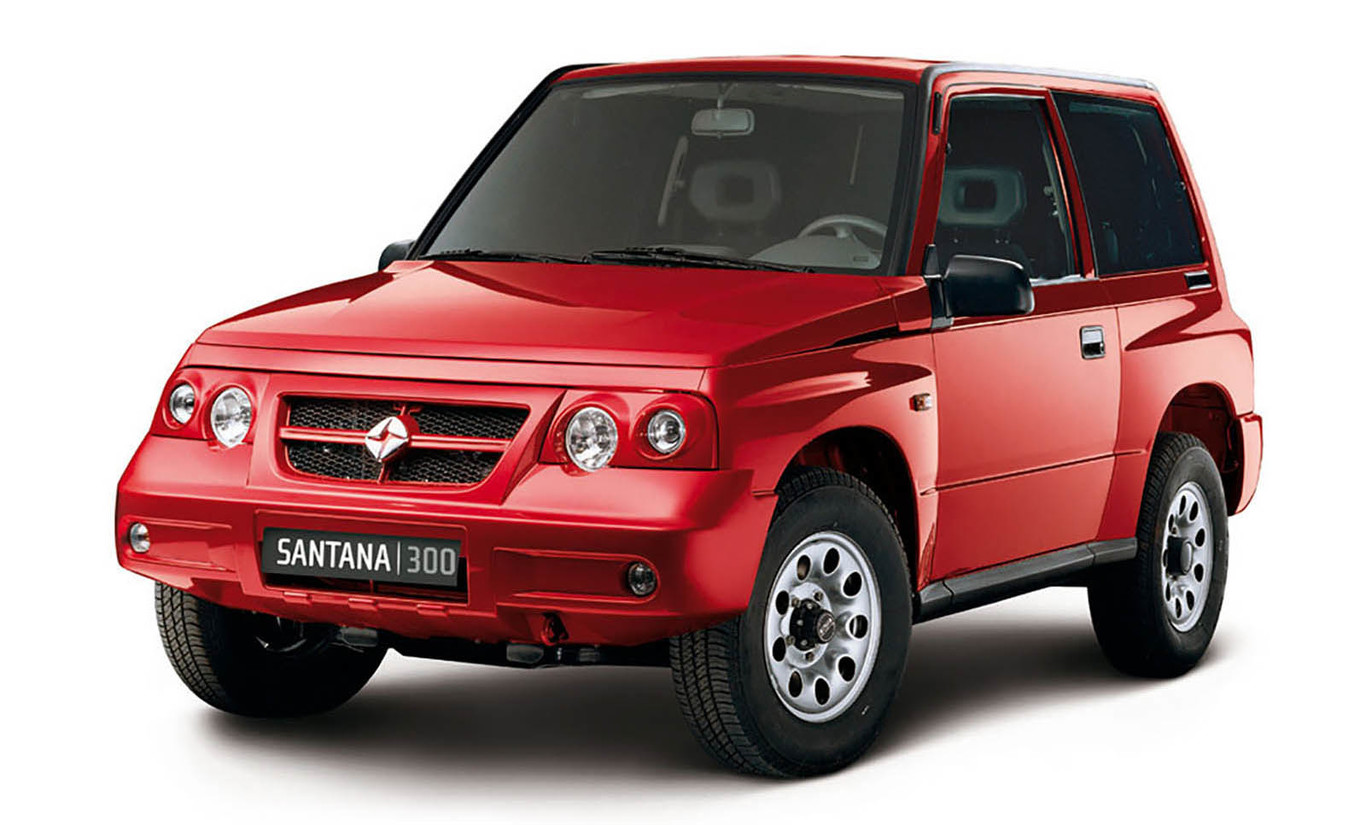 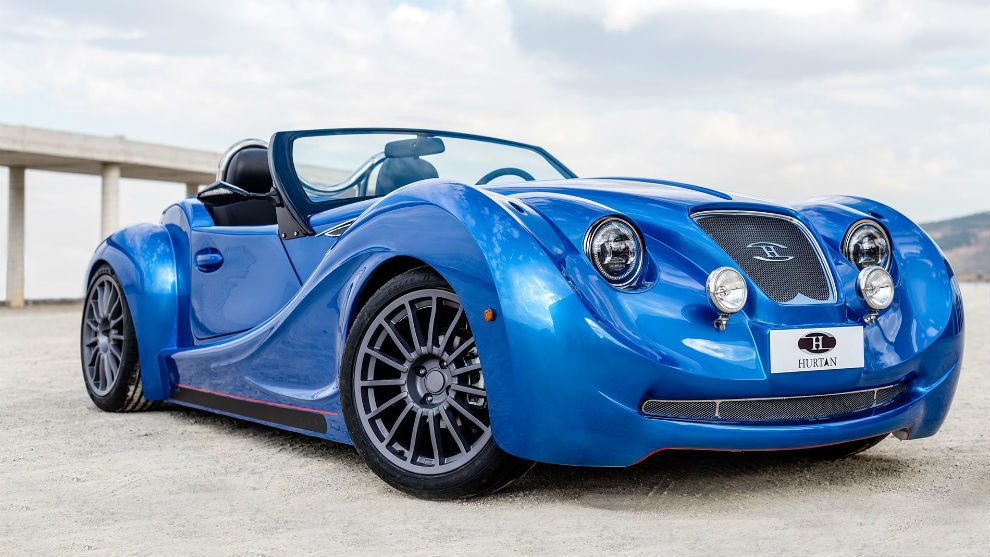 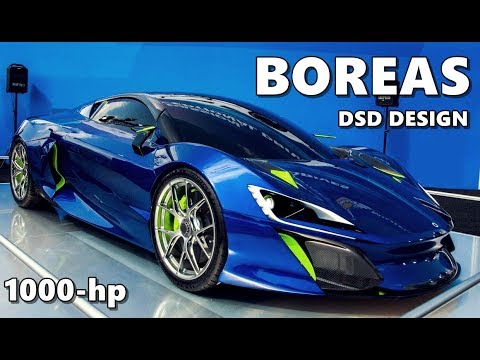 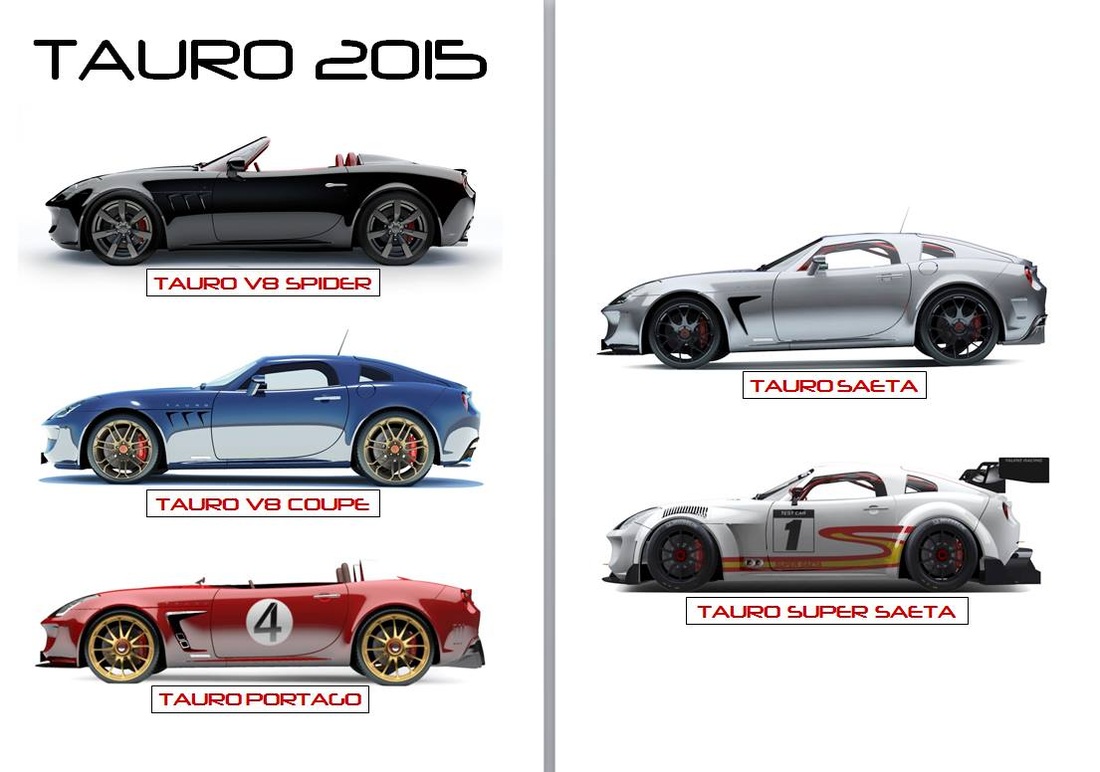 This is new stuff so as far as I know it doesn't appear on Google Street View. I took my car after work the other day and took some pictures.

Right next to A-30 they are building a new logistic park, between Murcia Inernational Airport and A-30. So far only Amazon has finished the first warehouse but they keep working steadily on new buildings. It's called Southeastern Logistic Park.

This photo was taken from A-30 service way.

They are still building many roads and warehouses.

Everything is still a bit temporary 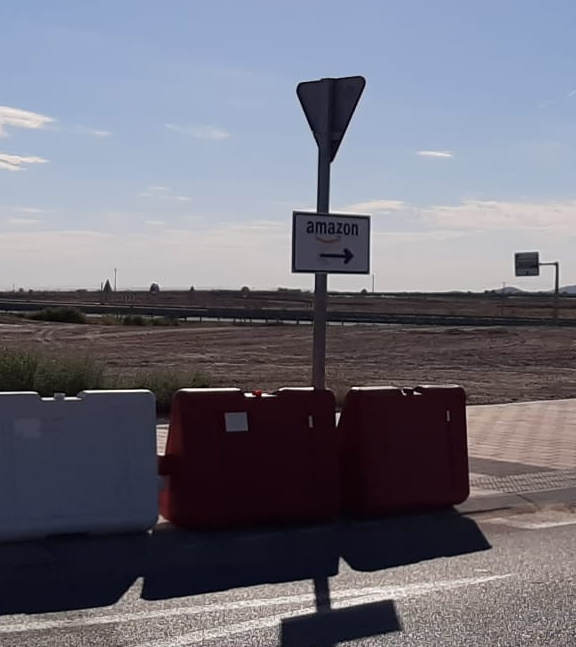 Amazon building, it's squarish, the trailer docks are on the southern side of the building, There are 10 docks, so you can have an idea of the size. 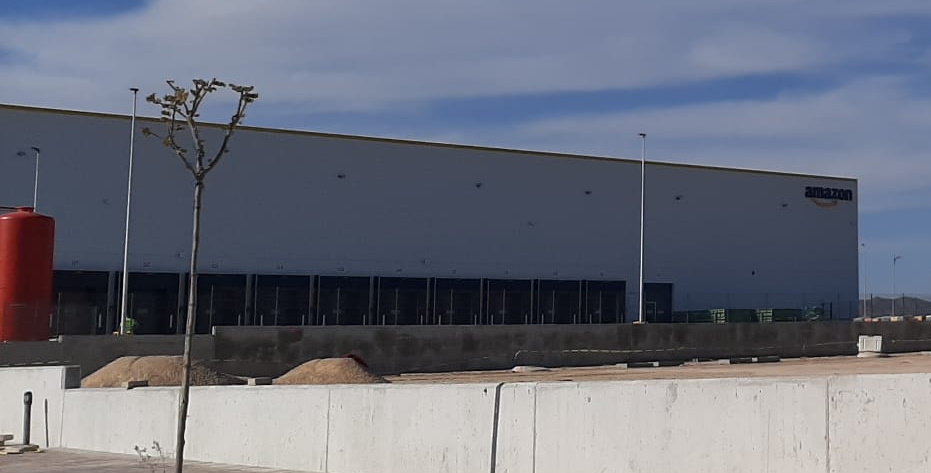 East side from A-30 (they are moving big chungs of terrain, hence the slope.

Truck Gate signpost (It has a truck, an arrow, ENTRADA /ENTRANCE; and the Amazon logo) 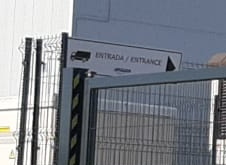 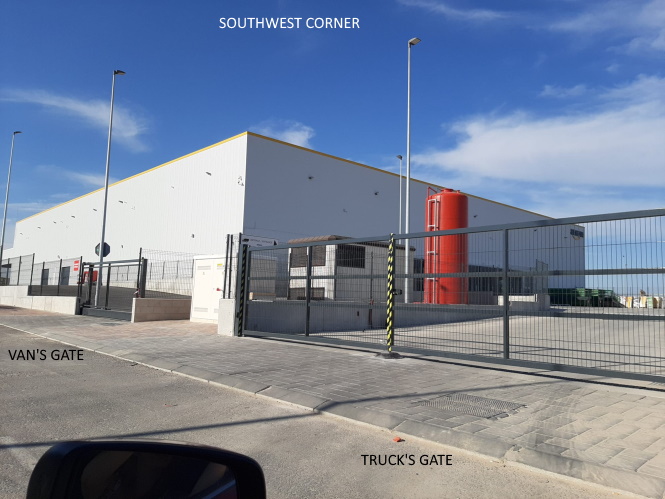 =================
Miguelitos frenzy, what was my surprise when I refuelled my car last Thursday and I found another Miguelitos board... This one really close to Cartagena harbour. 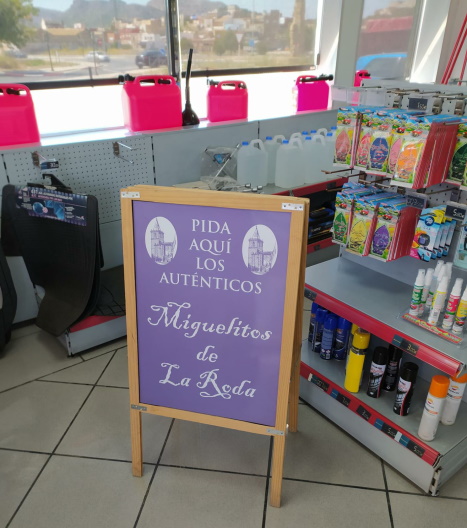 Speaking of Cartagena, no idea if you guys are going to include it or not (definitely A-30 is the shortest route but maybe there's not enough room in game to represent the uphill bends and twists through Sierra de Carrascoy mountain road and its 3 lanes per direction, even if they last only 5-7 km uphill and downhill is all straight to Cartagena... so here's an alternative route to include Cartagena without taking the (shorter) mountain road over A-30. 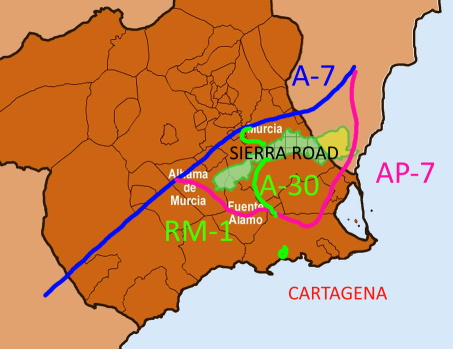 If we wanna go from A-7 to Cartagena from Alicante without taking A-30 we must take AP-7 southdbound in Elche, we get really close to Cartagena, the way back is taking A-30 northboud and then RM-2 to Alhama de Murcia, there's a junction with A-7. Or vice versa from Andalucía.

There are a few landmarks that define this city, but from a road perspective I pick these 3 (expanded with the mountain fortifications):

1-Conception Castle, it's downtown but high enough that you can see it from the harbour and the industrial park. 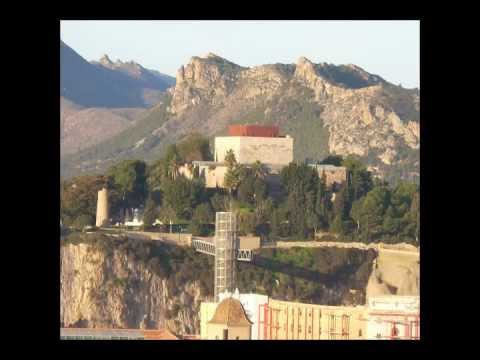 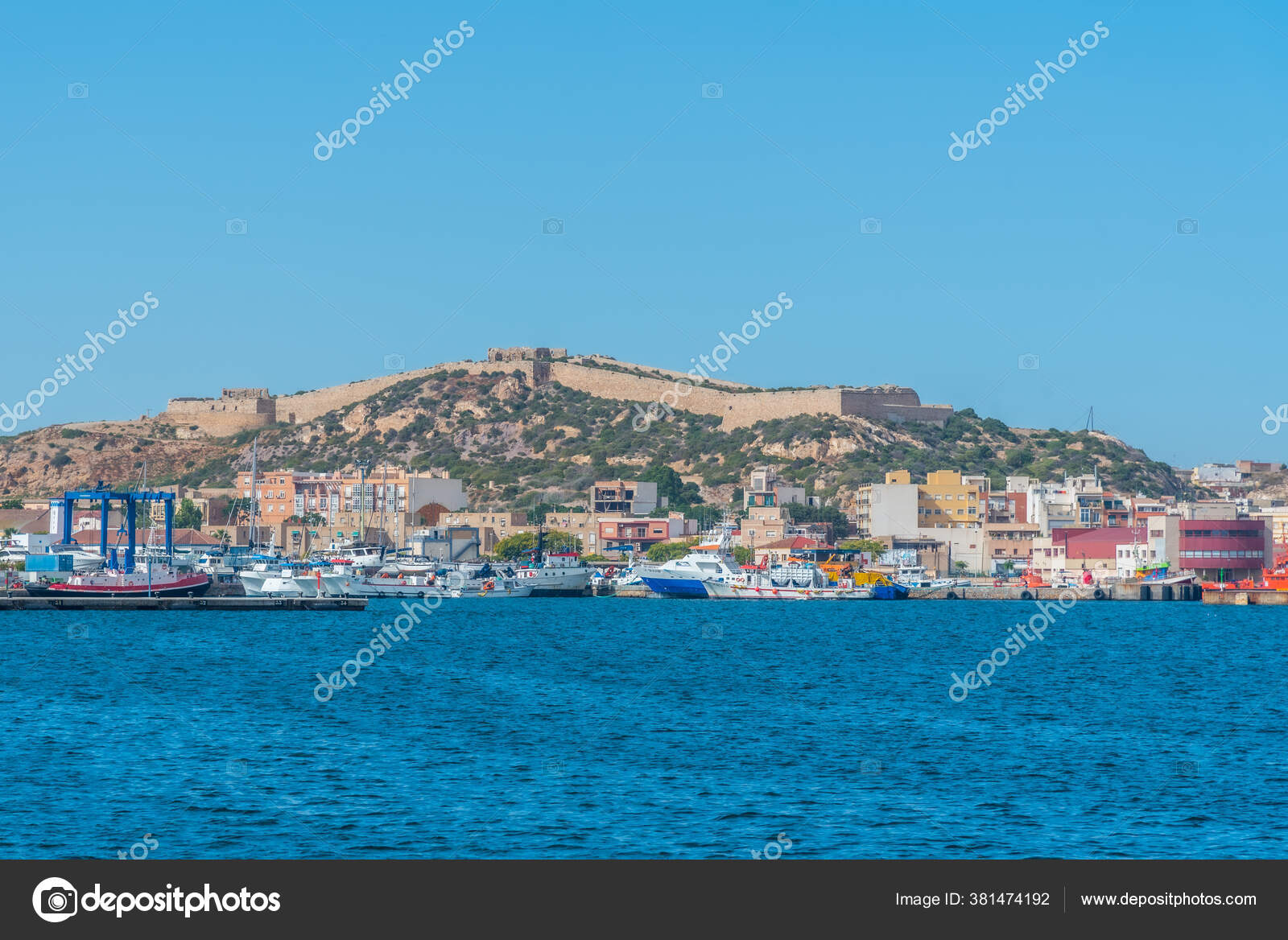 3-Peñarroya Chimney, between Cartagena Bay and Escombreras valley (oil refinery) there is San Julián Mountain, this is a remnant of the industrial past of the city, visible from many kilometers away (I'd say 15-25 km). Location: https://www.google.com/maps/place/Chime ... -0.9718022

There are many small mountains between 100 and 500 meters height close to the city and next to the shore (most of them), each one of them has got old fortifications from the pre-aviation era that are no longer are used by the army. Generally they are so high and far from roads that you barely distinguish their shape and details at plain sight, you just see a few walls and some scattered antennae.

How you see it from below (this is really close, you don't get that close from any major road) 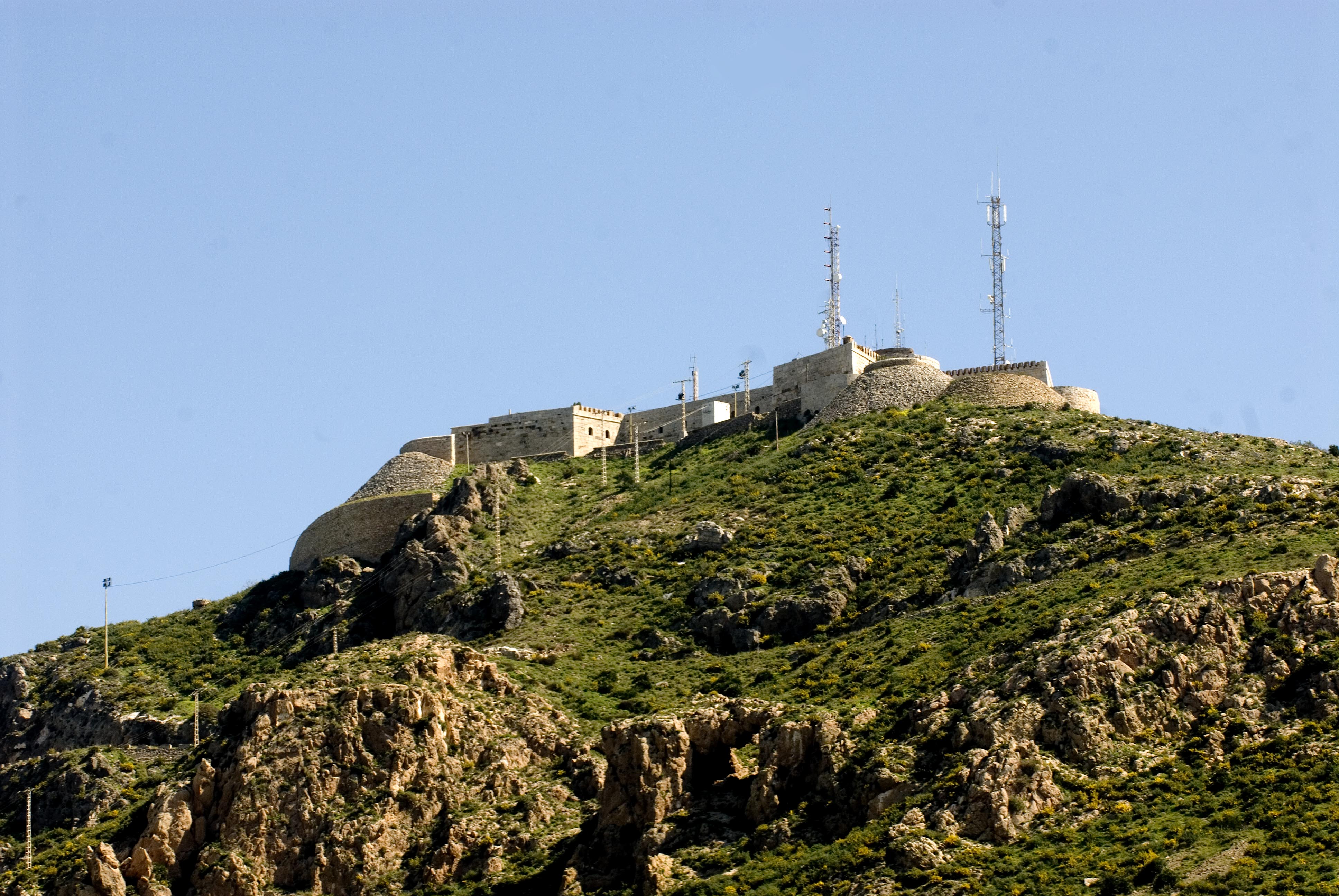 b) Galeras Castle, an ancient military prison. It was operative until not long ago, not as a prison, but as dependencies from the Marines. It was really fun to see at night coming from any direction, the whole mountain was dark but you could see the castle from kilometeres away totally illuminated, it felt like an alien mothership hovering over the city.
https://www.google.com/search?rlz=1C1CH ... :1,lf_ui:1
From atop the bay: 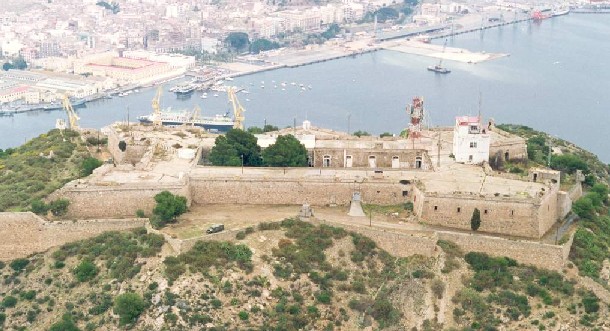 I haven't found any good picture from below, but it's over this mountain (edit: this is actually a different mountain, but next to it, I haven't got access to GEarth to screen capture it) 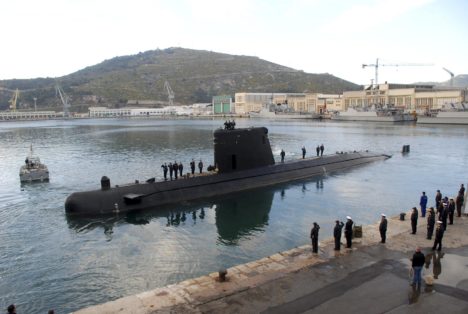 Those 2 previous pictures are from another mountain next to Galeras (south side). 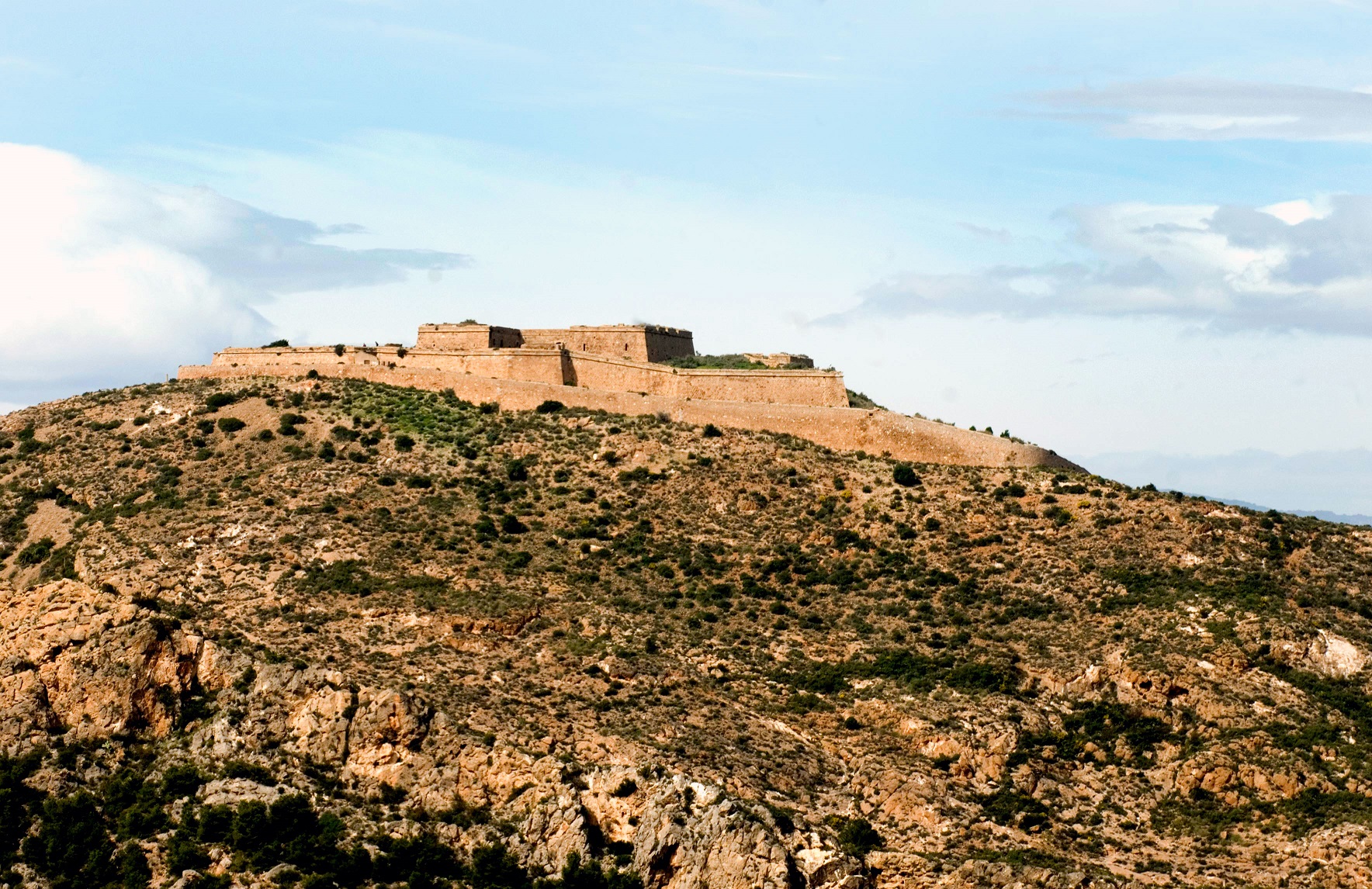 MONTE ROLDÁN (Roldán Mountain). It's a very peculiar trapezoidal-shape mountain just 5 km away from the city to the west. https://www.google.com/maps/search/el+r ... !4b1?hl=es

LA MUELA (Mountain) This cliff is visible from many neighbouring roads (like A-30 and AP-7) Some 5 km west of Roldán mt. Location: https://www.google.com/maps/place/La+Mu ... -1.1?hl=es

More info on Cartagena's access roads, from a truck perspective:

- A-30 takes you to the industrial park
- CT-33, take exit 192 in A-30 (after the industrial park) and you end up in the harbour
- CT-34 (exit 1-b from CT-32 or exit 189-190 from A-30) and it takes you to Escombreras Valley and the Oil Refinery. You can get there from the city harbour if you take a very beautiful coastal road over a cliff and the whole city bay (N-343), but I believe trucks can't use that road because it's too narrow and there are a couple of tunnels... but hey, it's a videogame after all! (remember Yosemite). 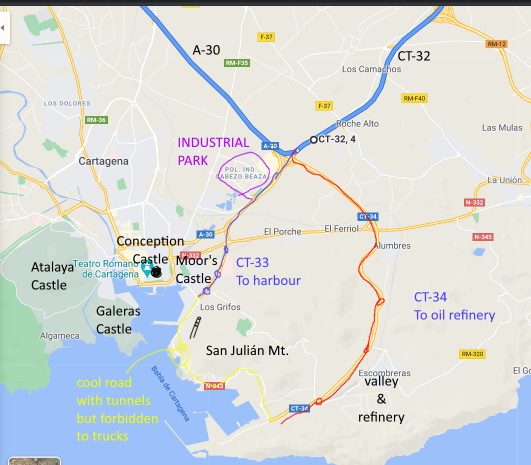