you forget buy this by the Truckdealer

Greetings,
Harald
Member of ACTROS 5 CREW
---
Sorry for my bad english, i from germany. I use Translators deepl.com / google.de
---
I will not distribute a modified mods without permission from the original creator / author!
Top

there is no dot for fog lights,just for bumpers,one without lights are complete and the gray plastic one have fog lights,painted one or black plastic have none,are missing 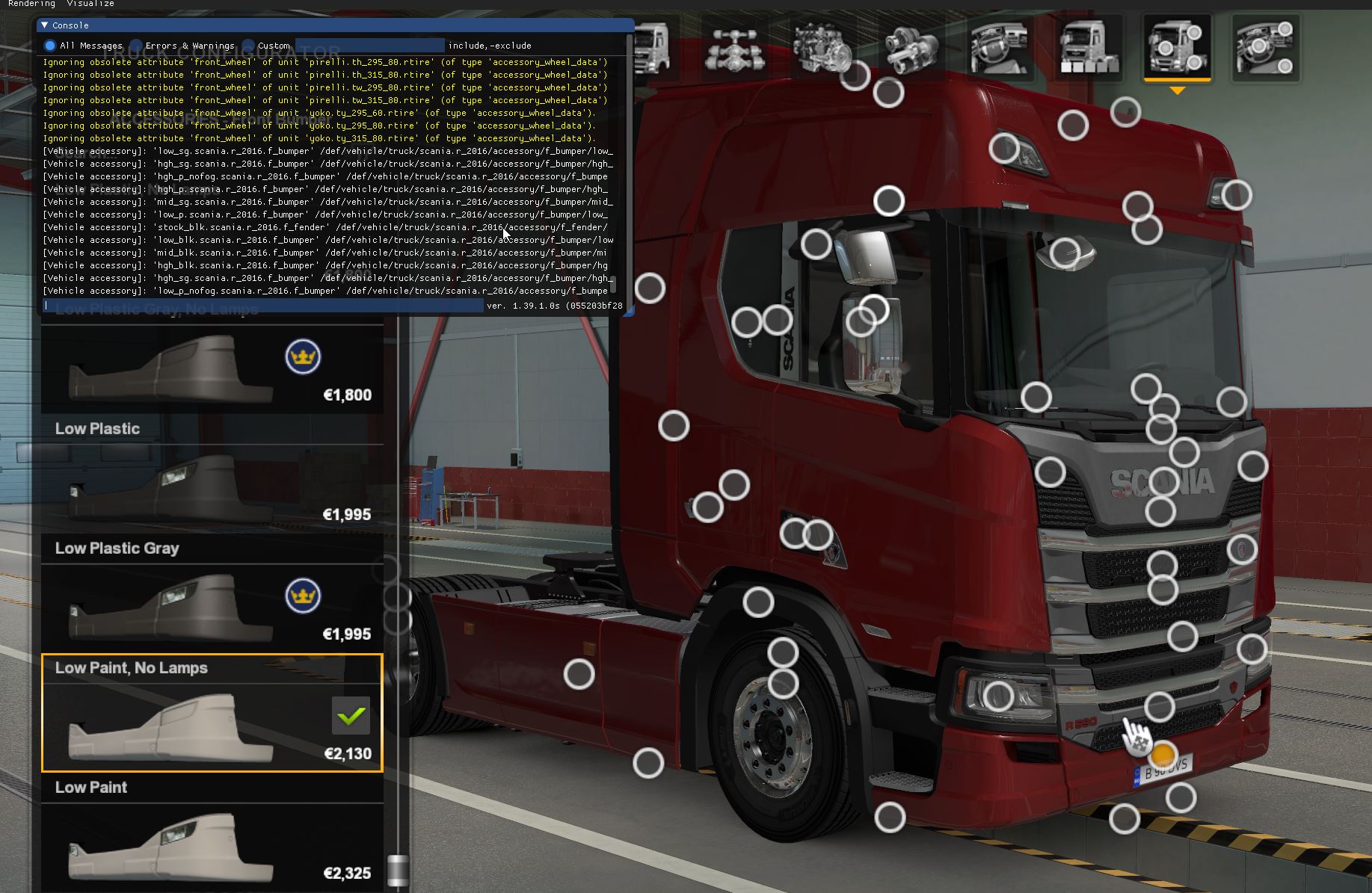 Do you have any additional mods that modify the Scania? Try to deactivate them and thest then again

I am not giving any sort of support through private messages. Please use the appropriate topics
Top

@GameplayHD2015 From your screenshot i can clearly see, that you have another mod for chassis, so it's a mod conflict.
Top

I have some problems as well,

I hope this is what you asking for : 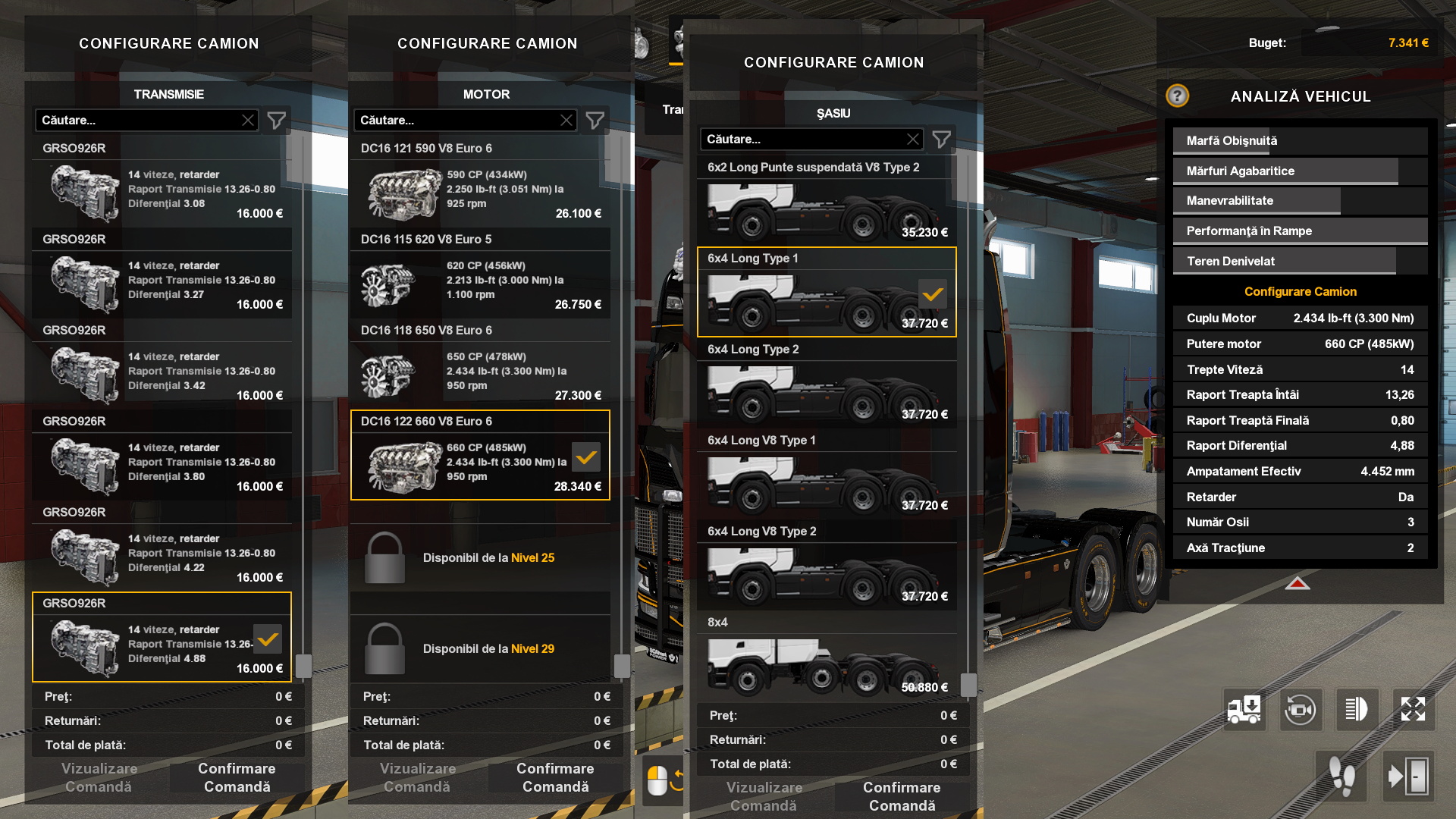 Thanks both of you! Now it's working but it's strange because in the past, i always choose latest gearbox and was working normal. But now i understand the technical details. Best regards !
Flickr Galleries ETS 2 & ATS

The "Titan" rear axle hubs that the game ships with, and which are installed by default on the Scania 8x4 trucks, signify the presence of a reduction gear inside the wheel hubs for extra heavy load performance. The problem is that while on 4x2 trucks these would be present on any configuration with a differential ratio of 4.38 or higher (according to the Scania configurator); on 6x4 trucks they only start appearing on trucks with a 4.93 differential or higher, which isn't an option in the current version of the mod. All versions from 4x2 and up are offered with differentials of up to 7.18 in real life (which makes for a really slow truck, but one that basically causes the earth to rotate underneath it...), and indeed if you select "heavy haulage" as your application for a 4x2 truck in the configurator, Scania will default to the 7.18 differential.

I would therefore suggest adding 7.18 as an option, for those of us who like hauling super heavy and aren't in a hurry to get anywhere.... and who like our trucks to match a realistic configuration.