Okay thanks. That makes more sense. I just got into ATS a couple of hrs ago after the earlier update and I thought something was wrong with my game files. I didn't see the dlc in my Steam folder with the other dlc trucks. Well, to the next day we go. There are 2 days left in this week, 4 if you want to include the entire weekend.
My post are only thoughts and ideas. Don't assume it makes ATS.
Poll: Choose Next 2 ATS States
ATS Flatbed
ATS Special Transport
North American Agriculture
Texas Discussion
Top

I wish, but I think it will release until next week
Top

Currently, the only AI Cascadias are (still) in Jazzycat's mod
Top

murdoch82 wrote: ↑
26 Nov 2020 03:25
xXCARL1992Xx ... Your repeating of "Dont buy in to it" is getting real old buddy. People are excited for the truck, no matter if we "BUY IN TO THE HYPE" or not, that will not change. Is that so hard to understand? And people teased by SCS without any clue of when things are coming is frustrating. Is that really that difficult to grasp? If you dont like it, just go away please. You seem to be in minority here. What needs to stop tho is people making shit up. THAT I could agree on.

and i dont mean people who are hyped and happy we get it, i mean people who hype themselves up into oblivion to a point where they are disappointed because they cant think of anything else then this one thing, its the fault of the person then and not SCS, we see many people here, people who are happy we finally get the last manufacturer for the game, many people who celebrate with SCS for this milestone, then we get people who speculate when it releases and right after rage that it didnt release because they over hyped it for themselves, the stream was the perfect example, then there are the extreme people who start to shout why it didnt release yet but those are, luckily, maybe just a handful that can be ignored

nobody cant fault SCS for a practice that is used by many developers to promot their games,i dont want to think how these people would have behaved with every Cyberpunk 2077 delay (the devs got death threats, yes death threats, how mentally retarded does someone need to be to threaten the devs with death over a game?) or god forbid Duke Nukem Forever that needed 13 years and 2 (or was it 3?) developers to finish

we saw this with every releases from SCS, not as extream as CO 2077 thank god but still we had people that overhyped, RttBS was the best example with a certain user, not it happens again with the Frighliner Cascadia and it will happen again with future DLCs/Content 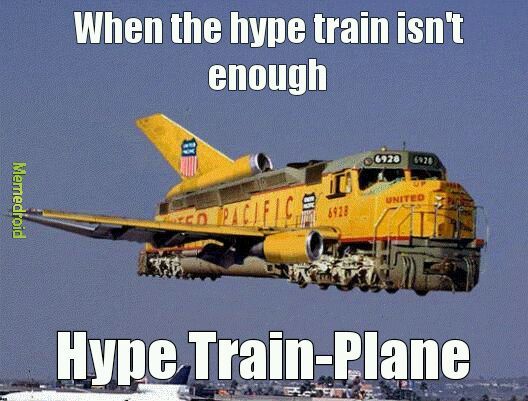 I was hyped for the new truck but not anymore. They are teasing way too much.
Top

Teasing can be annoying. A release date would be better IMO. But I think it's only a matter of hours, or a few days.
I totally forgot it's Thanksgiving today. Of course I forgot, I'm not american. Only americans care about this. So maybe SCS avoid releasing anything today, just because it's ATS, even if the players are far from being from america in majority (right?), or it doesn't care.
Top

It's a free dlc, why care about Holidays ?
Top