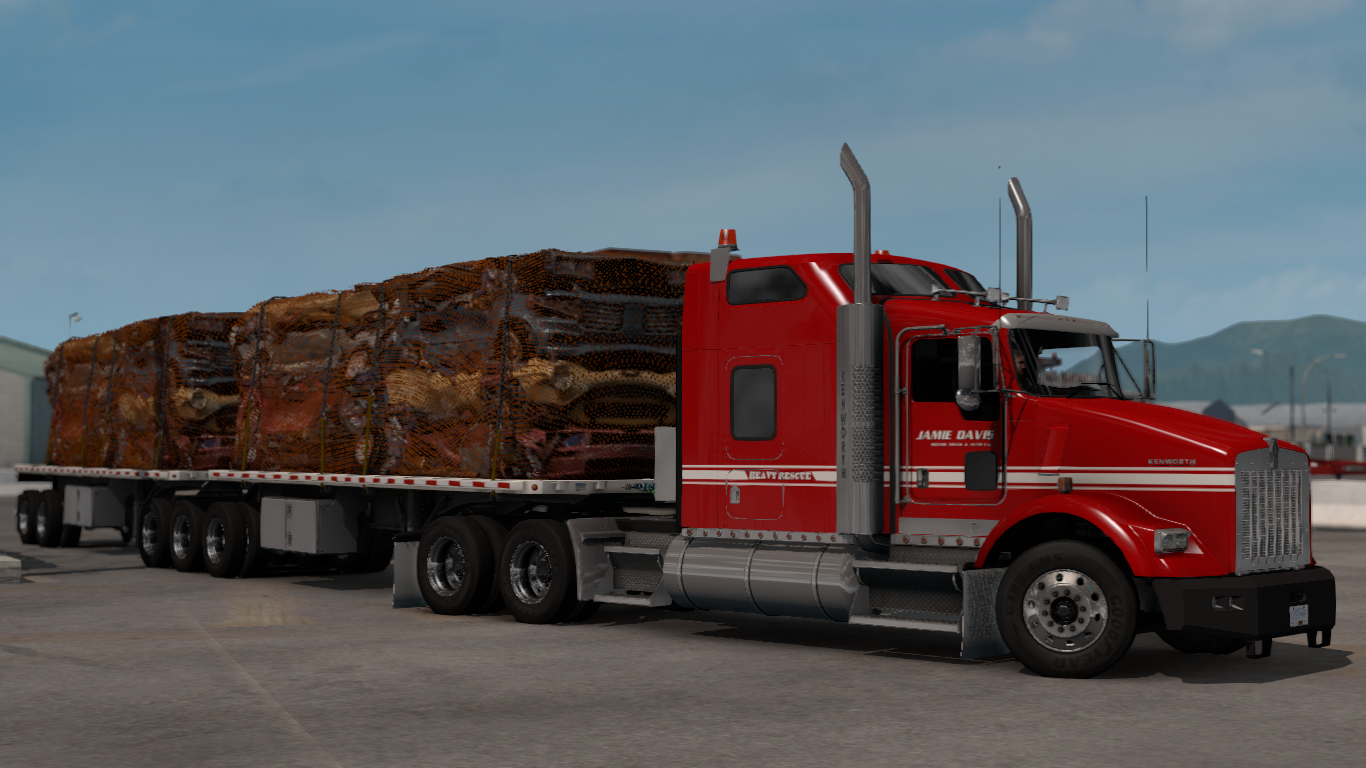 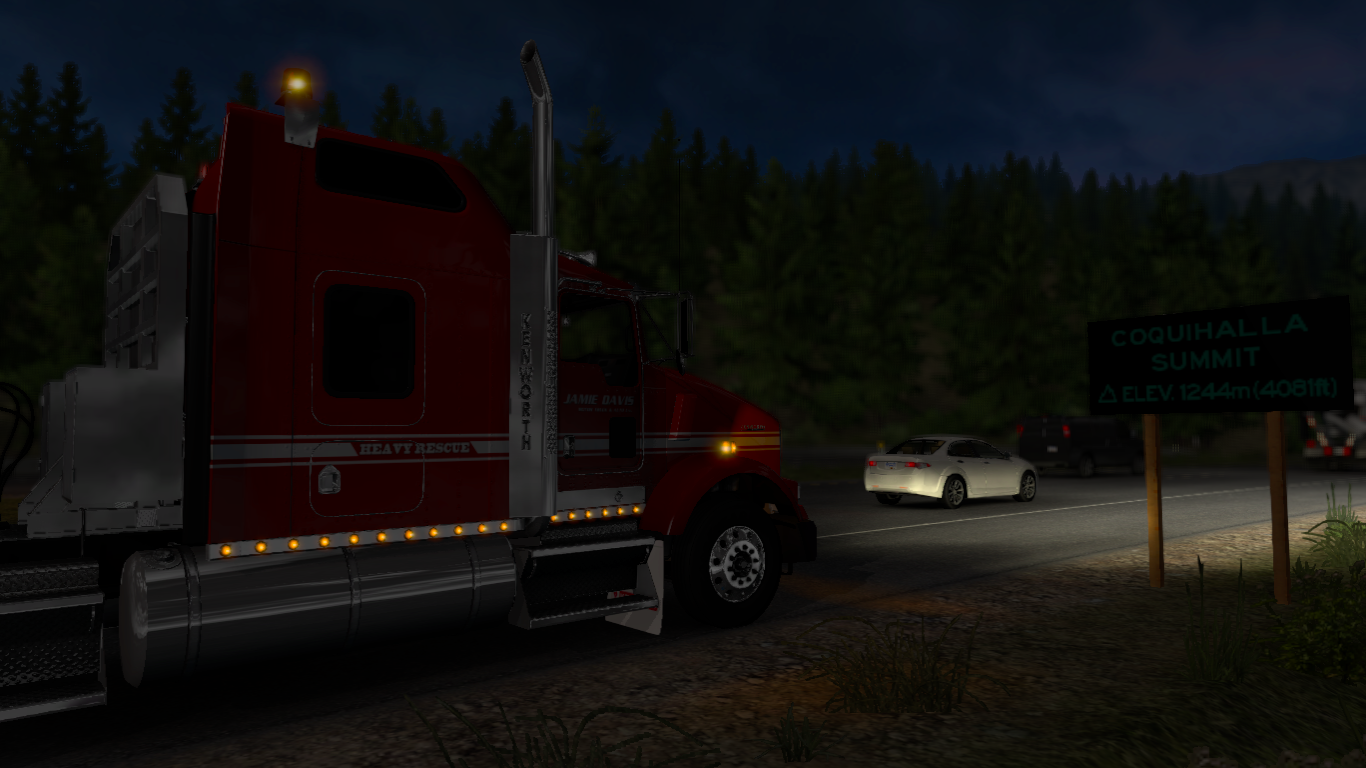 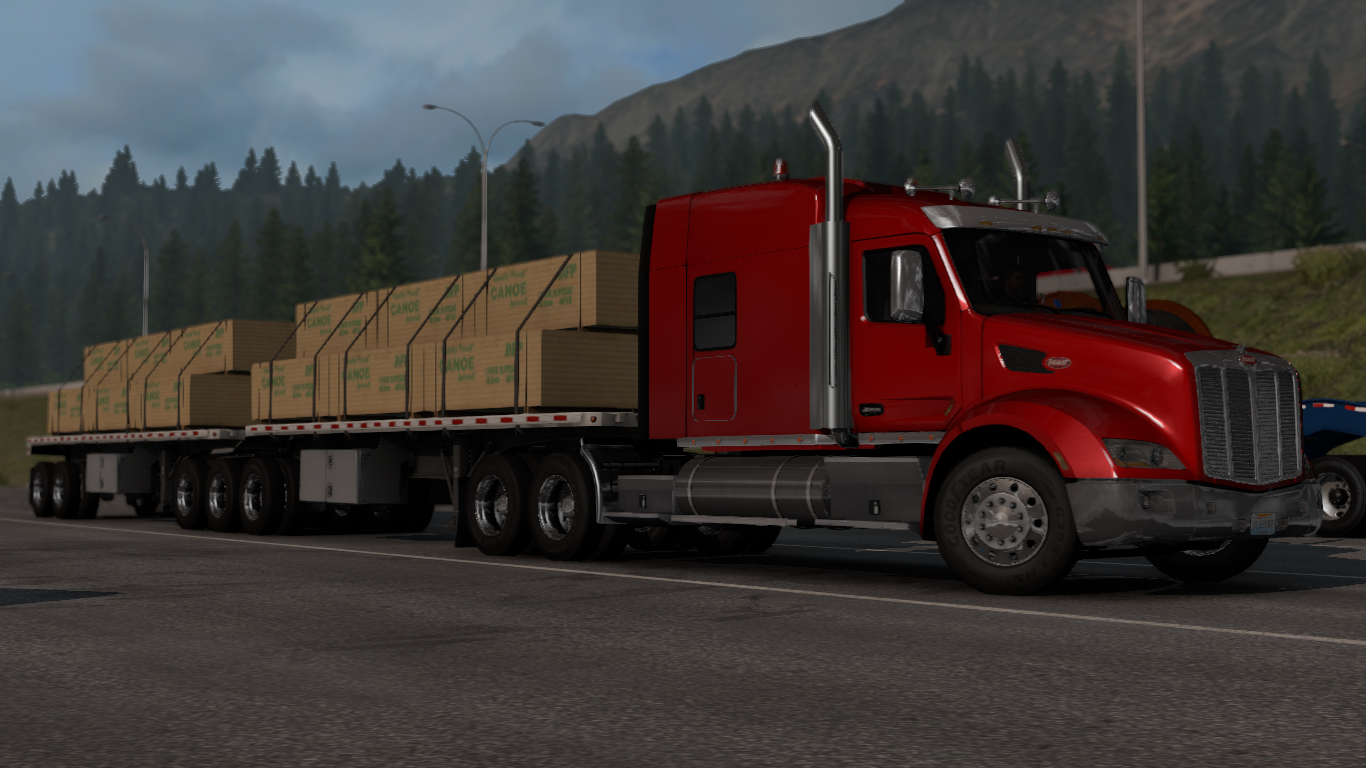 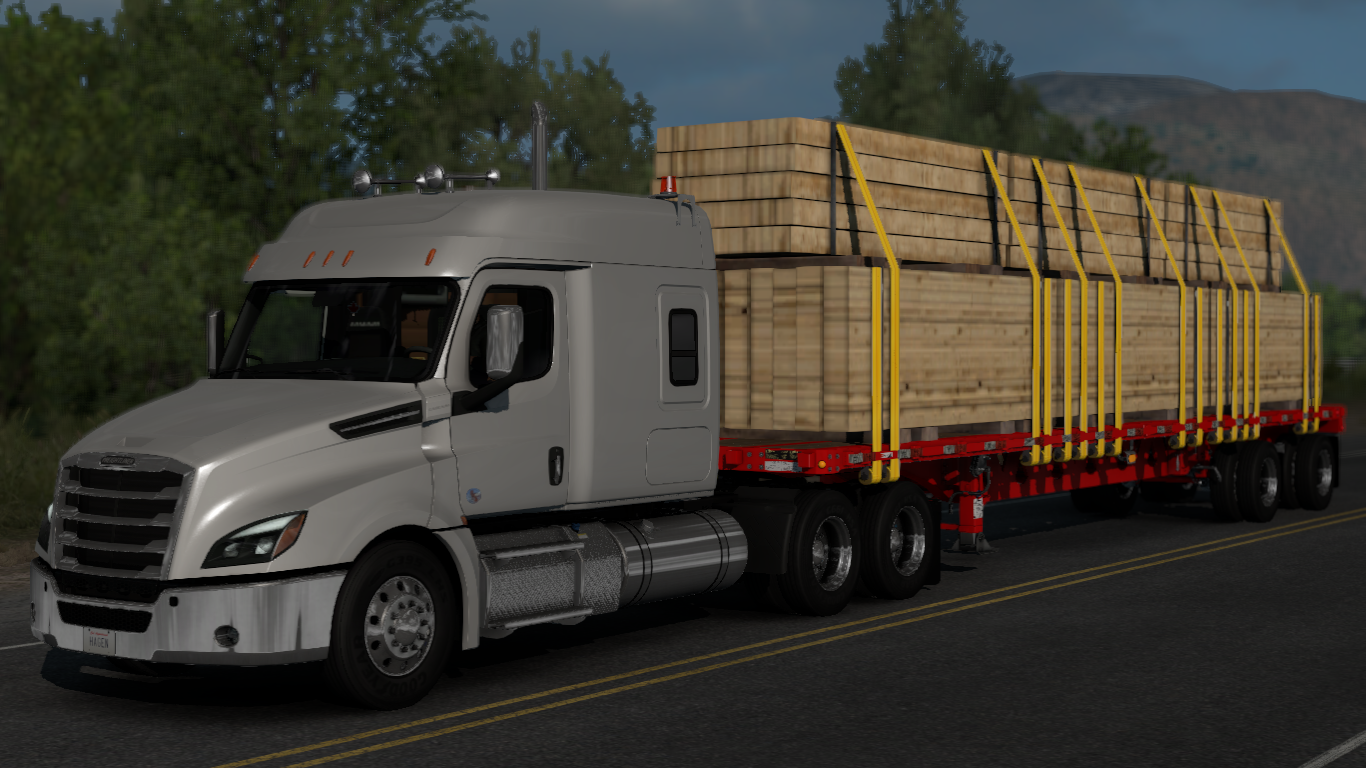 @Trucker_71 released an awesome fictional company skin, Fast Freight Inc, on Steam. It was done for the Overfloater K100E, The SCS Cascadia, and SCS W900.

To me the color scheme and striping screamed retro. Looks awesome on the K100E. I decided to play around a bit. Used it as a base, and added, my personal company logos. Also instead of using the SCS trailer, I incorporated on to the Dro Modding Utility 3000R. I will be enjoying this combo for awhile.

The edits are for private use only, and will not be released. 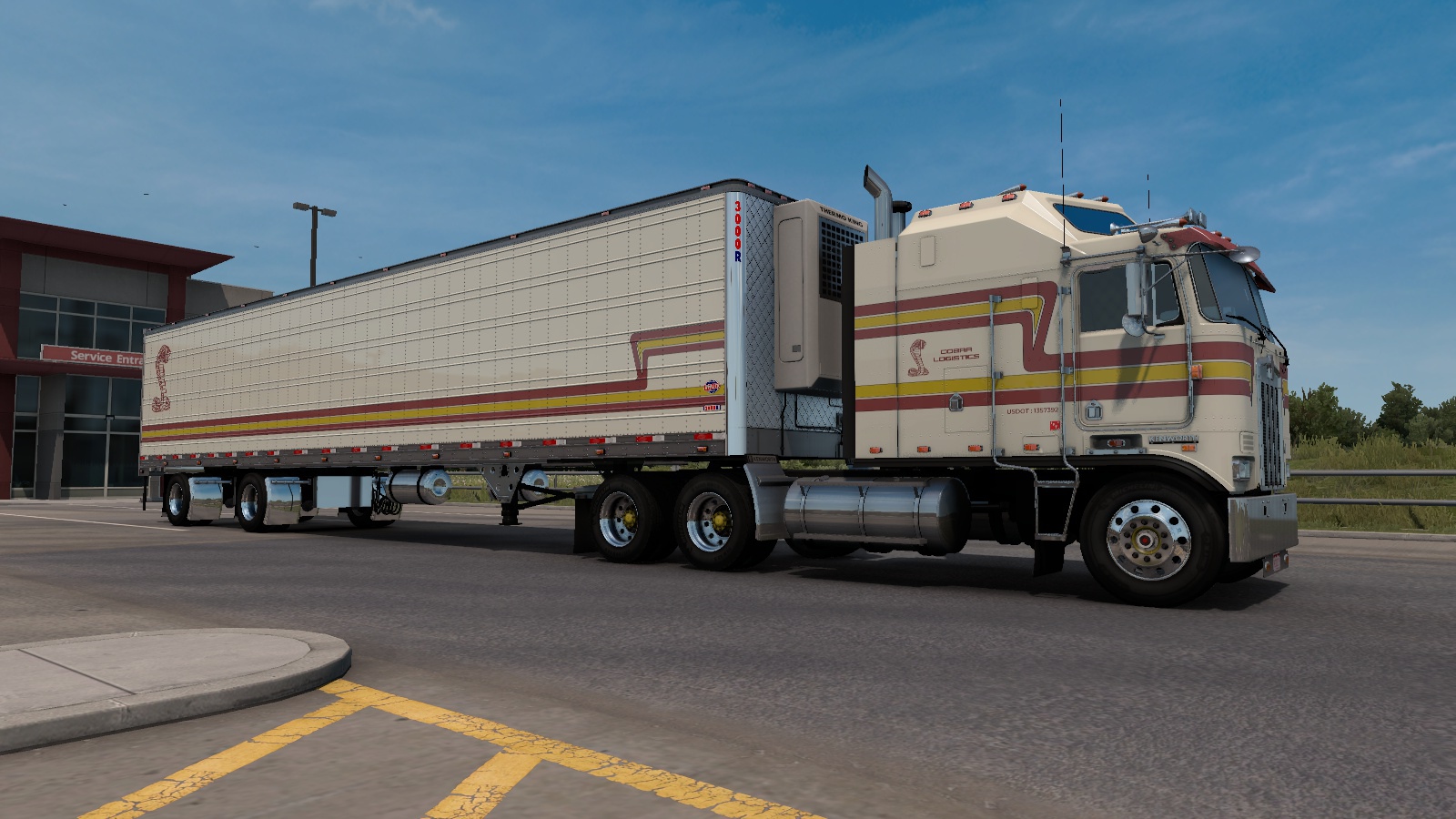 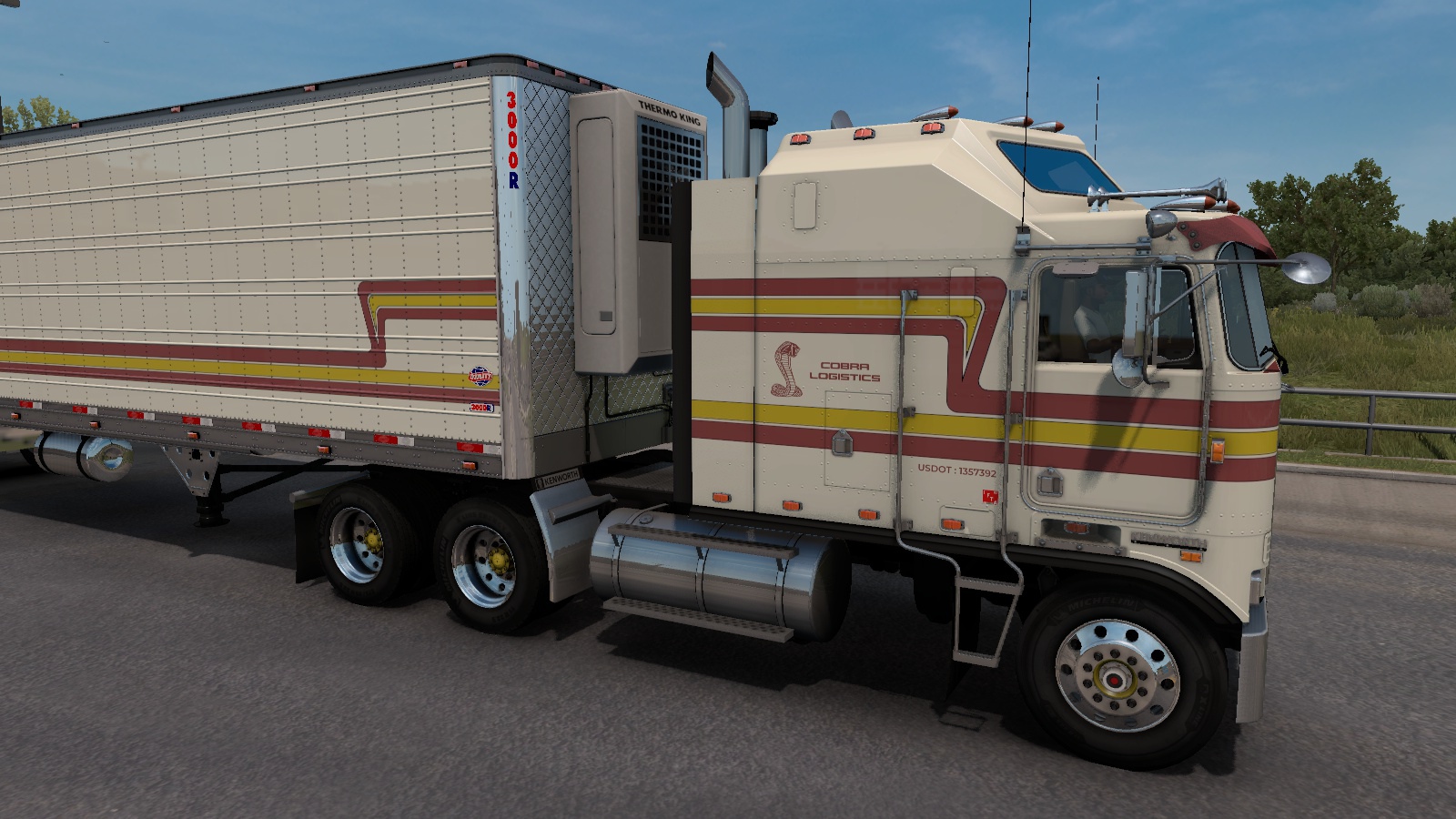 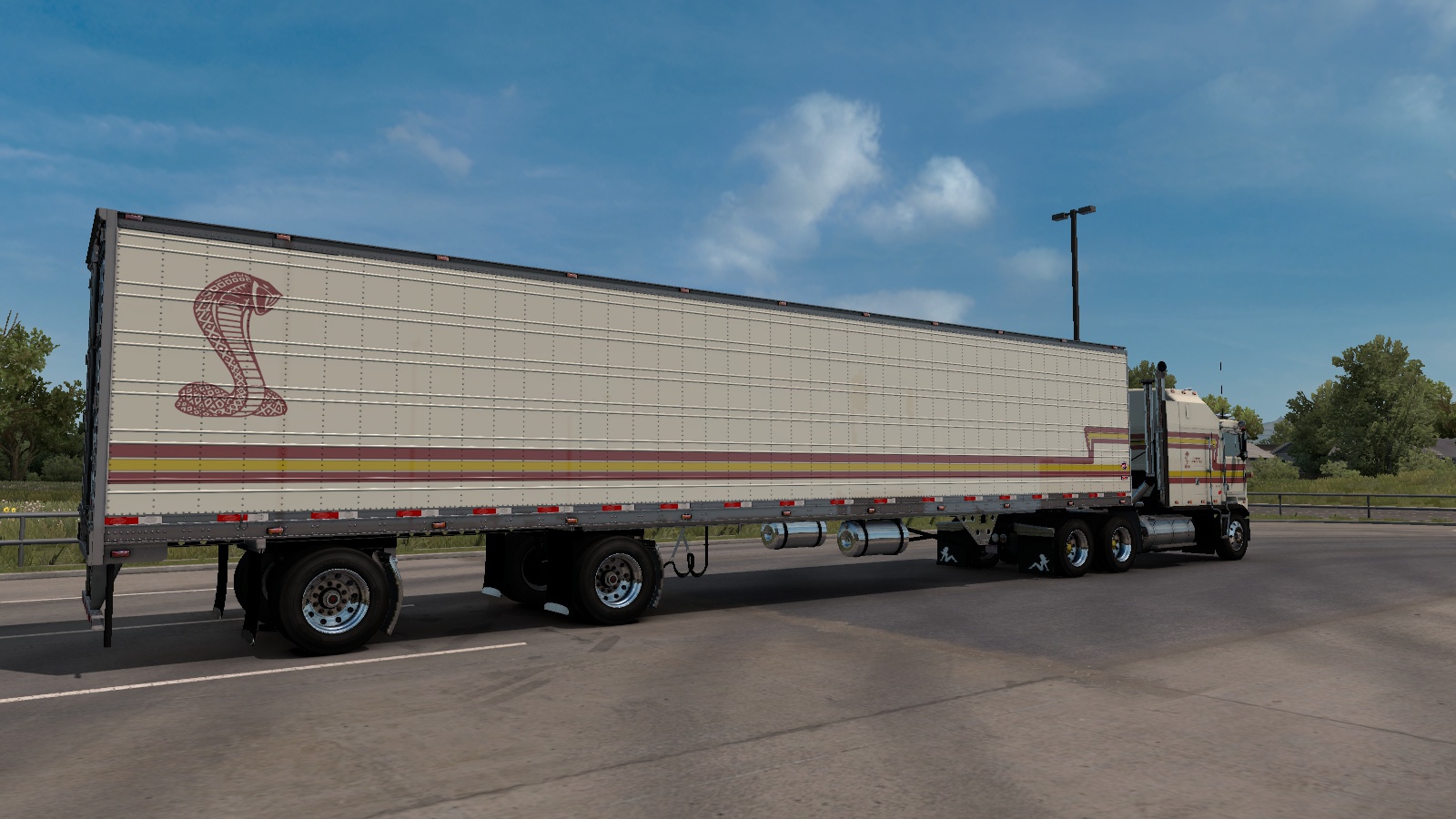 
Trucker_71 gets the credit for the original paint scheme colors and striping.
Top 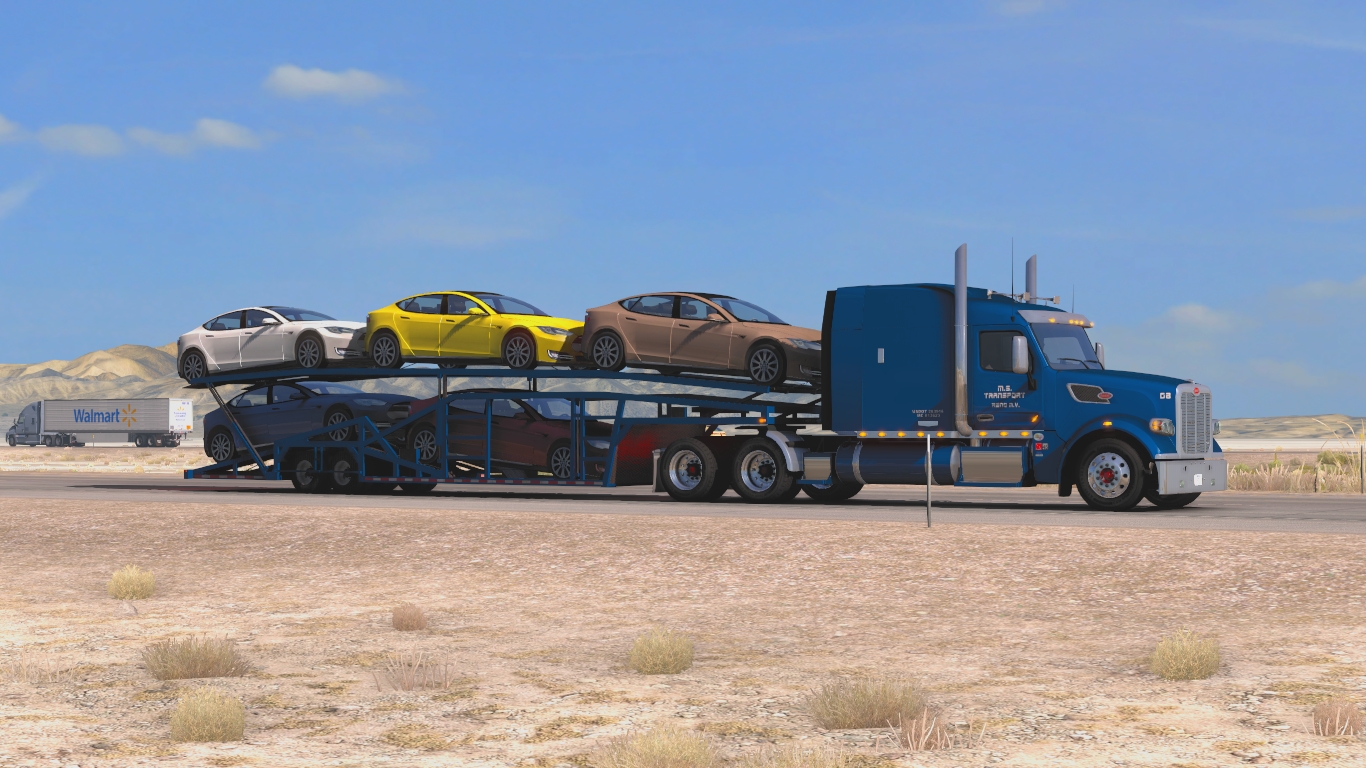 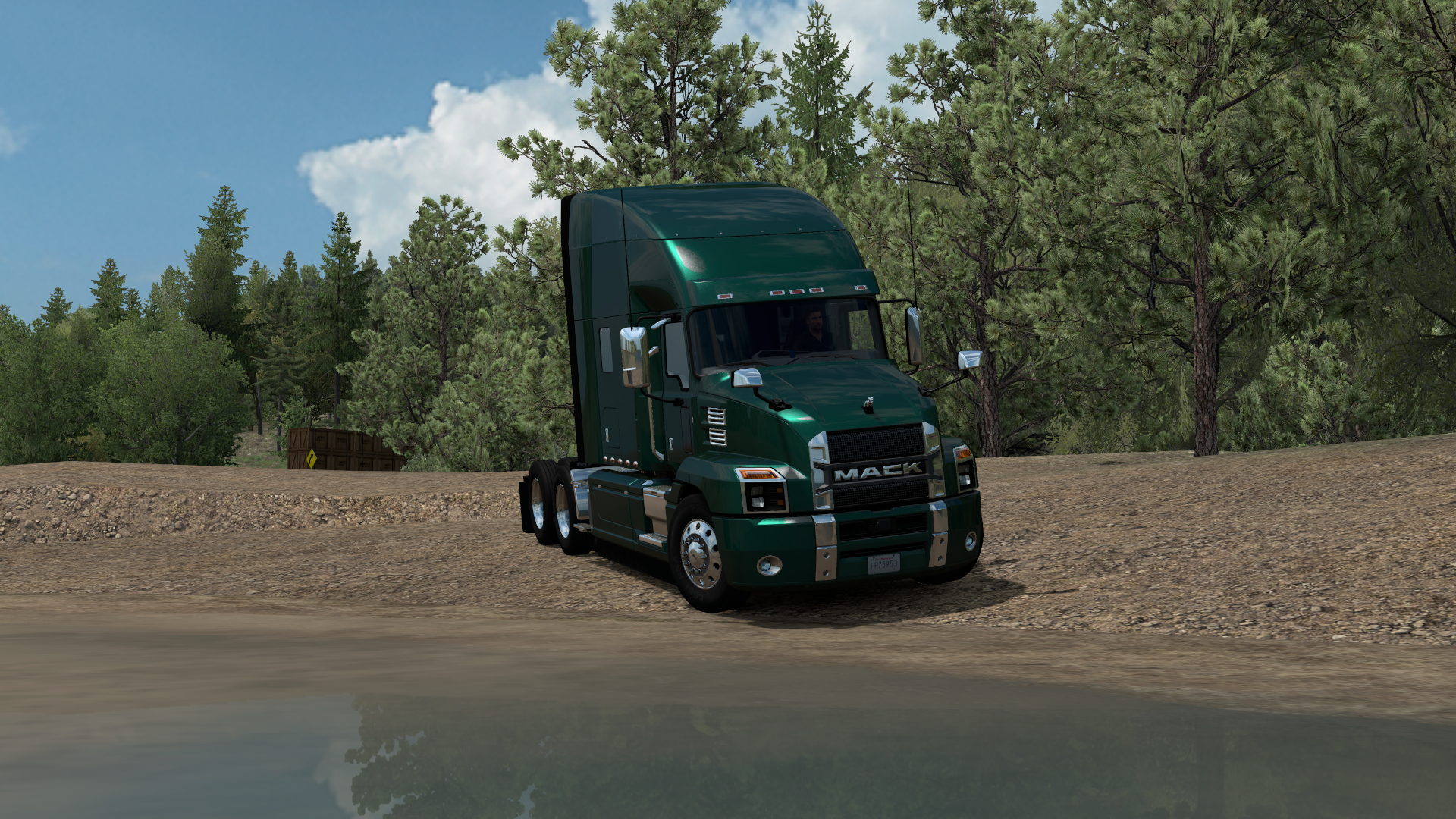 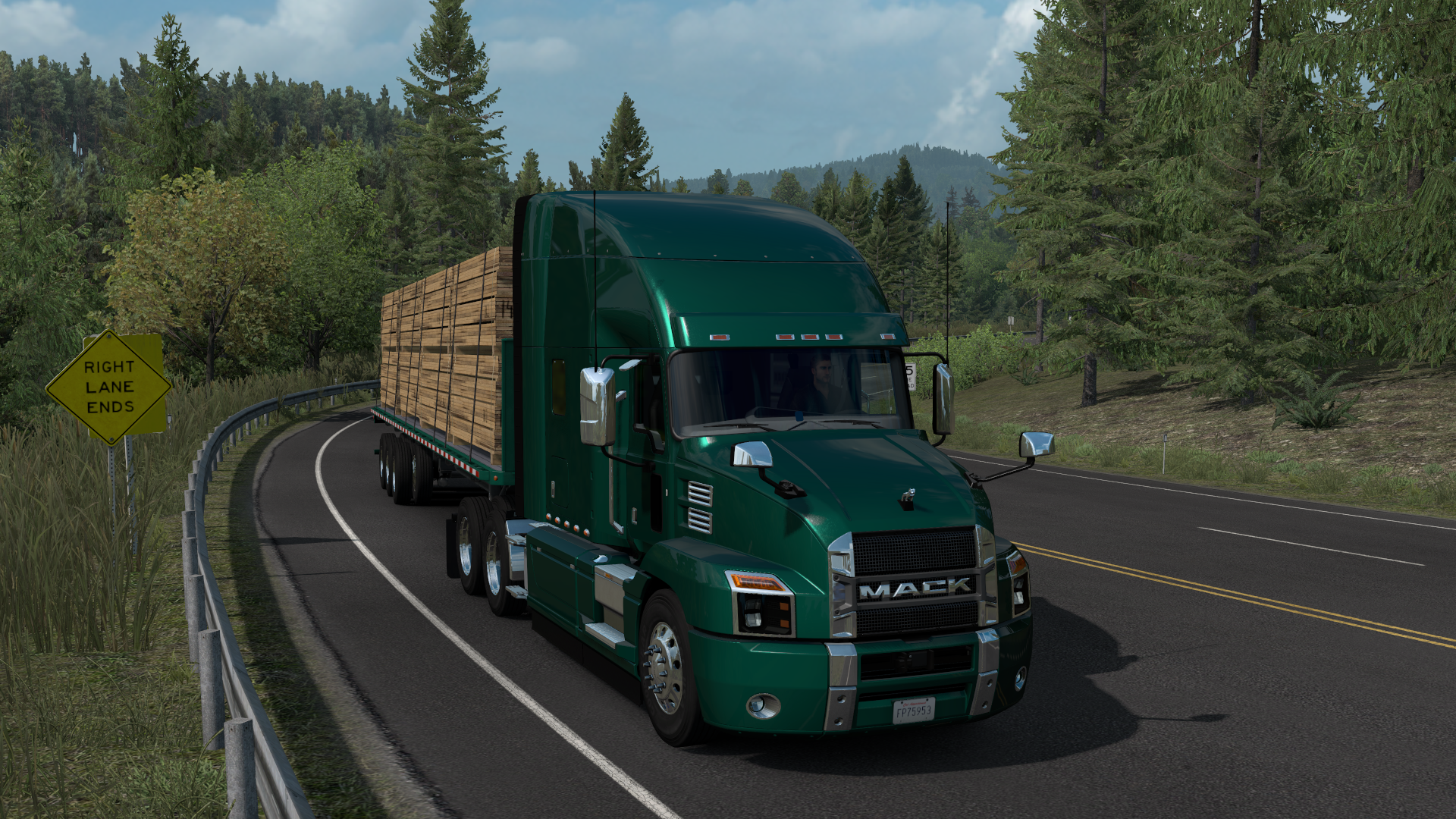 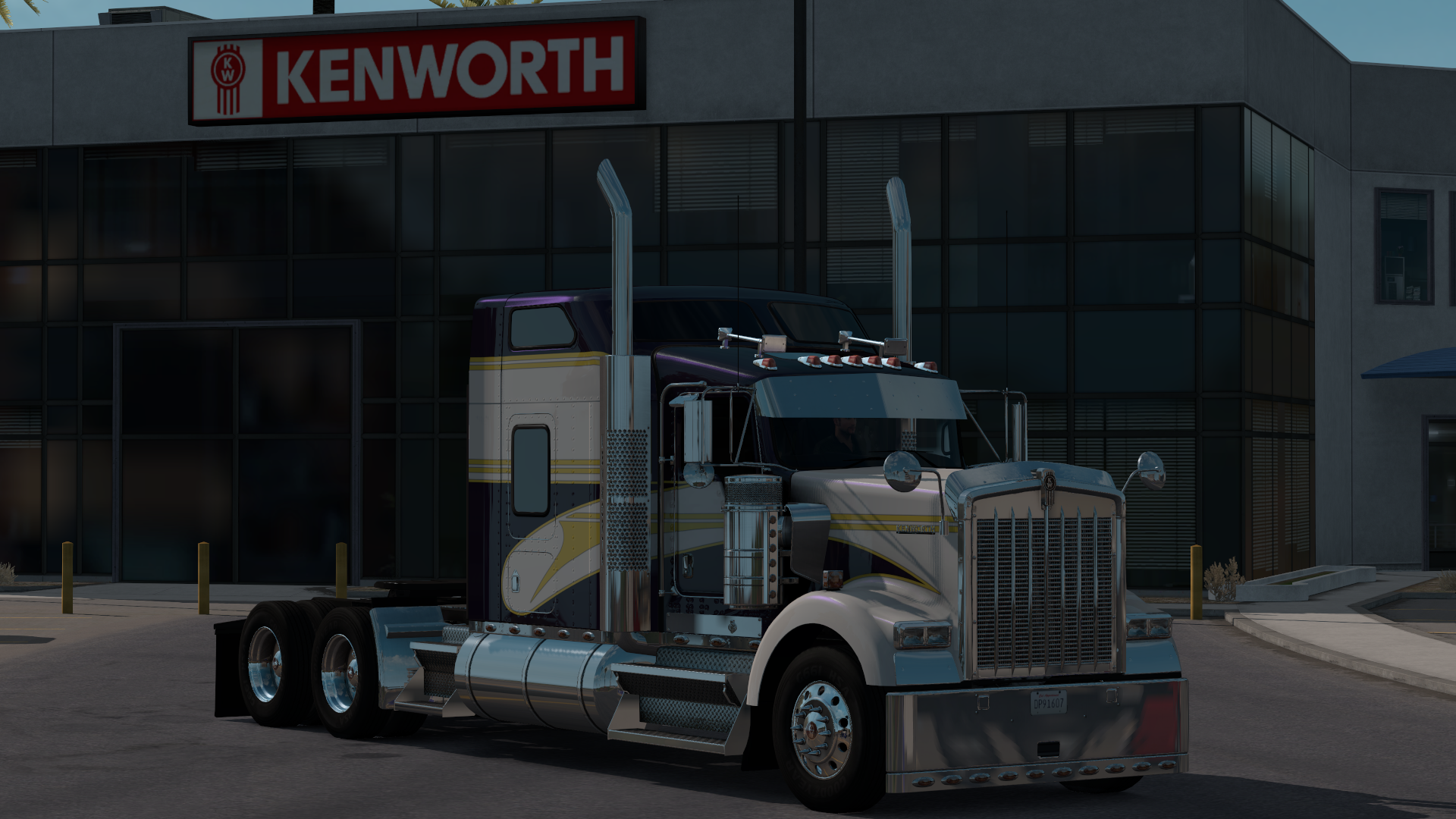 Sorry for my English. Sometimes it can be difficult to understand.
Top 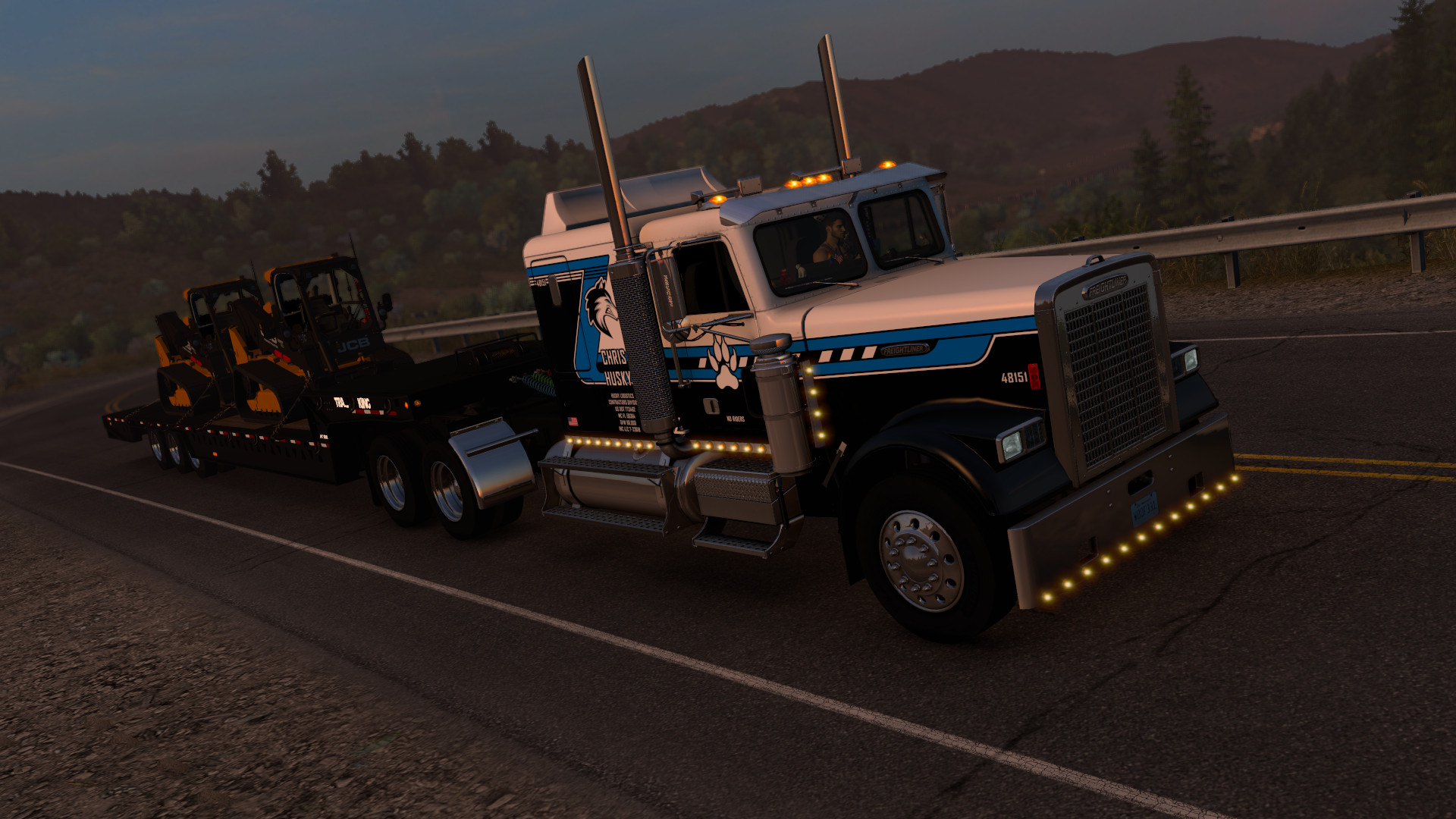 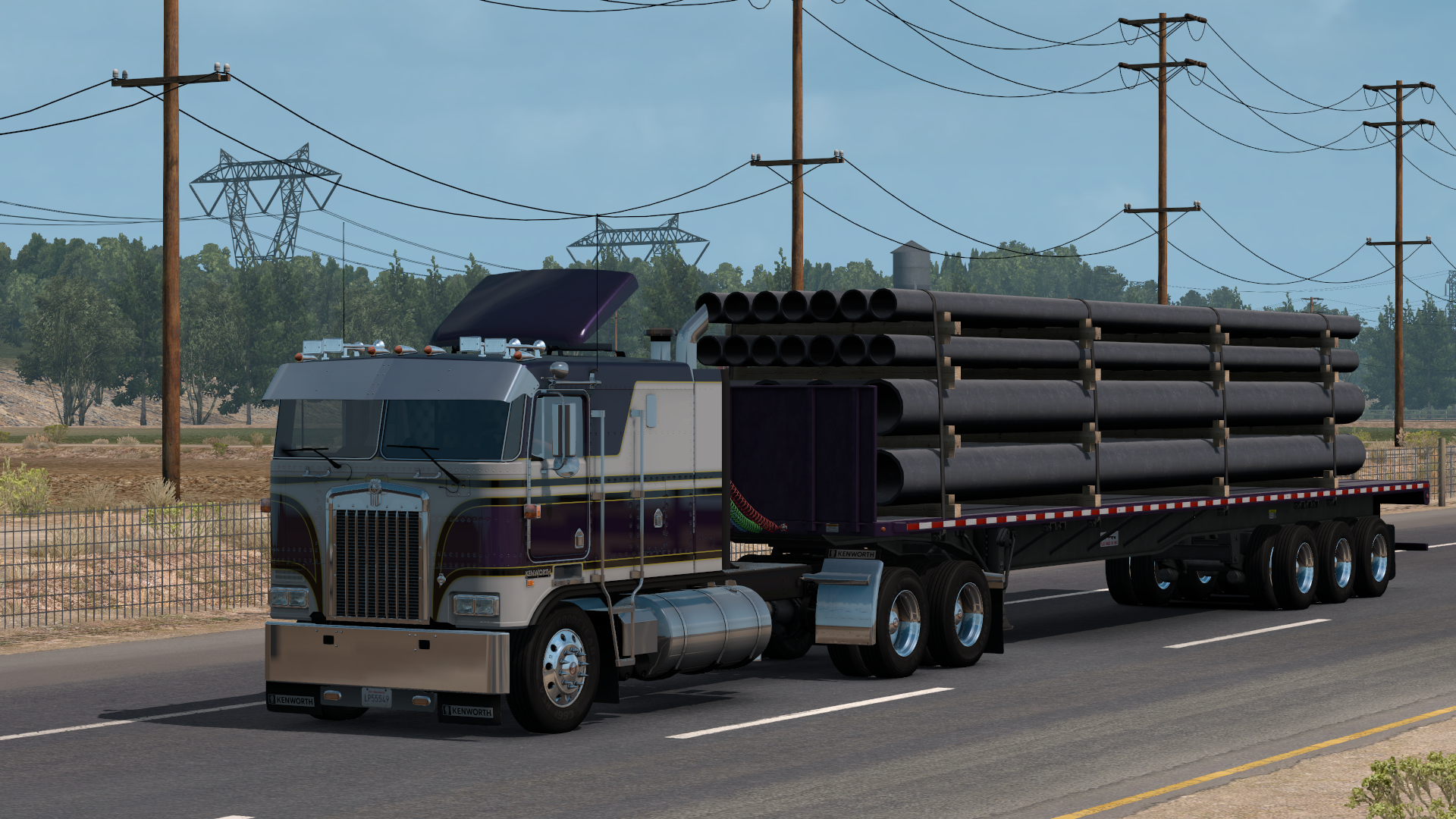 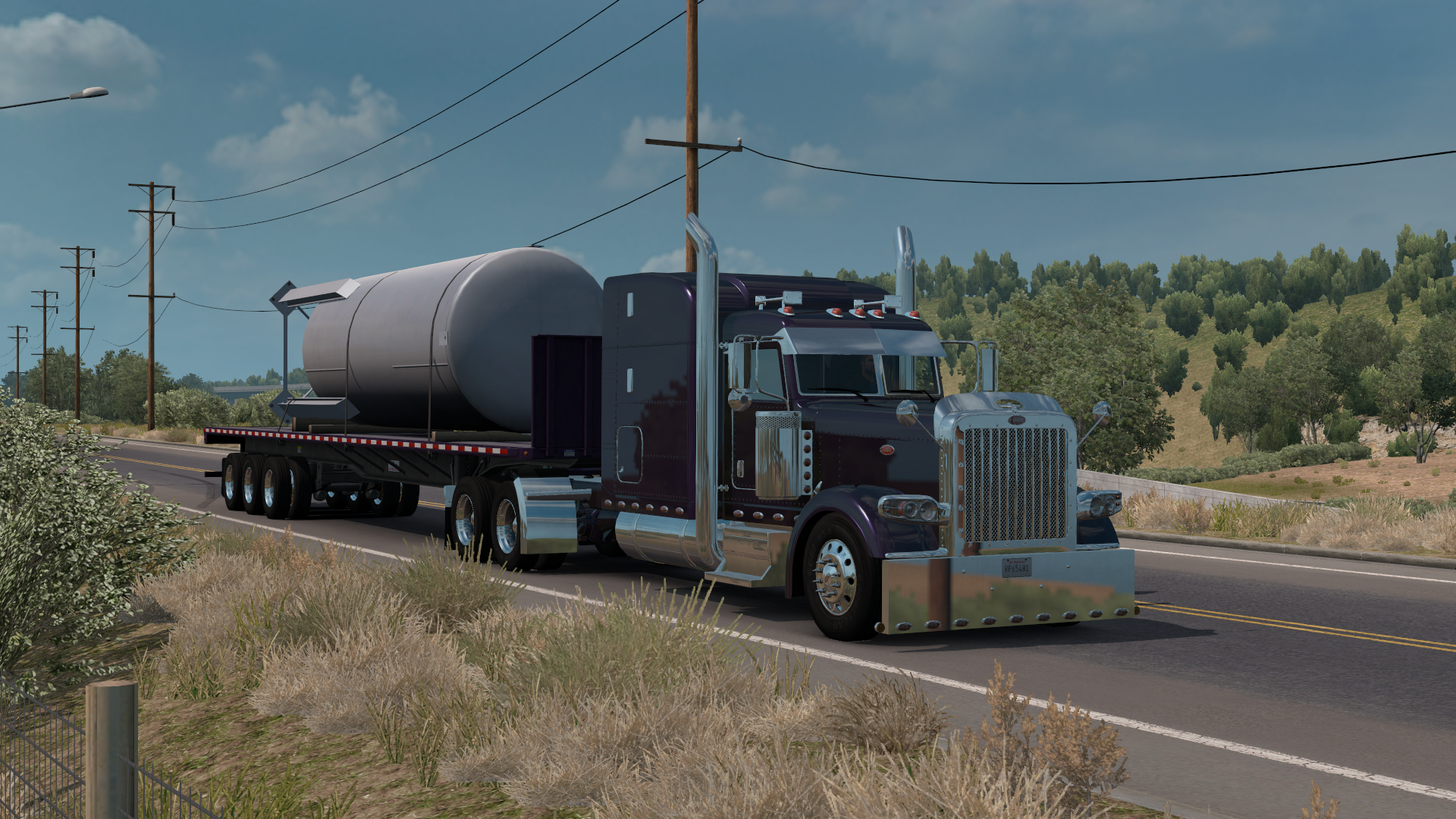 Sorry for my English. Sometimes it can be difficult to understand.
Top
Post Reply
7895 posts

Users browsing this forum: No registered users and 16 guests