Forum rules
SCS as a company do not wish to have paid mods on this forum. While we understand that not all paid mods use the Intellectual Property of other companies/people, it is very hard to moderate what is and isn't acceptable when money is involved. There are also concerns that it could look unfavorable to potential work partners going forward if SCS allow mods that may potentially use unlicensed branding.
Posting in the Mods forum (ATS and ETS2) is restricted to sharing free-to-the-public mods and providing support for mods. For more details, please check chapters [4] and [5] of Forum Rules.
Locked
449 posts 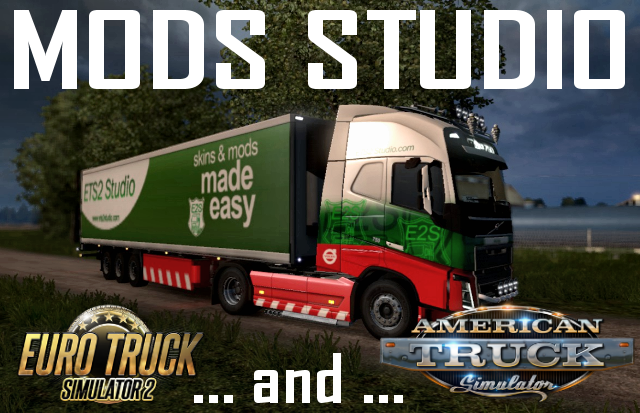 As some of you might have heard, we decided to start a new and bigger project called Mods Studio that will cover both ATS Studio and ETS 2 Studio.

It's conveniently located at http://www.mods.studio, which will be our new home for all our projects that relate to ETS/ATS or other SCS games mod creation tools, tutorials and articles.

I'm sure everyone is eagerly awaiting updates on happening with ATS Studio, or rather ATS Mods Studio.
It's in the works, and the first beta should be out in a couple of days. It should have the same features as ETS 2 Studio currently has.
In the meantime, ETS 2 Studio can still be used to create mods that suit ATS with some manual input from the author.

This thread will from here on out serve as our release, discussion and technical support thread for all things relating to the old but still supported ETS 2 Studio as well as for the, now taking off, migration over to Mods Studio!


A change of pace is in order

Our work so far has been based off available time and motivation towards the project. All of what you see in ETS 2 Studio has been the product of 868 days (as of the time of this writing) in development and 10 released versions. Most of this time has been time spent on real life commitments.
The team (Developers, Beta testers, content/assets providers, graphics artists and so forth) have all been limited in one way or another to this effect. Even though our goal is, as always, to do as much work as we can with the time given to us there's still a few limiting factors. One main limiting factor being that of real life financial restrictions.
Trust me, if we could, we would take a day off real life and spend it developing. But we still have bills to pay, kids/dogs to feed, places we have to be and as such there's just not enough free time to dedicate enough of it to the project.
Especially the time it actually needs, which is at least a whole day of uninterrupted scheduling where one can work on some feature or a few from start to finish in one single go. The more of these whole days, the more we can do with the project in a timely manner.

Therefore, we have launched an IndieGogo campaign, where you can contribute to the project!
We would appreciate if you take a look here: https://igg.me/at/mods-studio/ (Please share this link with your friends and associates who feel free-to-use tools are worth supporting!)
In summary, if the campaign is successful, it would not only allow us to free up time in our schedules for development. It would also provide us with a solid foundation for the project heading on into the future. It would let us mix in a bit of fun and a heightened sense of community through interaction with the same in ways that otherwise would be too expensive or lack the flare we are looking for.
But mainly, it would help us by turning the project around from something that is currently funded primarily out of our own pockets into something that we, not only can afford, but something that would allow us to allot time away from our bill-paying day jobs into the project.

In other words, we will still work on the project. That is a given.
But if the campaign is successful, we will be able to do even more than we currently are!


Looking to the future

As I previously mentioned, this thread will now serve as the discussion, technical support and updates for all our projects merged under the name Mods Studio.
Our first goal in this collective project is get ATS Studio up and running, which is already (for reasons explained above) falling behind "schedule".

Warning:
The above links are the last available versions of the software. It has not been updated since August 2016, so it might not work as expected with the current versions of Euro Truck Simulator 2 and American Truck Simulator. We will make a new version, so stay tuned.

First , wish you many success on this project...

Second, may be can have installer like once ETS2 Studio had

I'm considering offering two versions of the app - one standalone and one with installer.

We had a poll running about it and the results were like this: 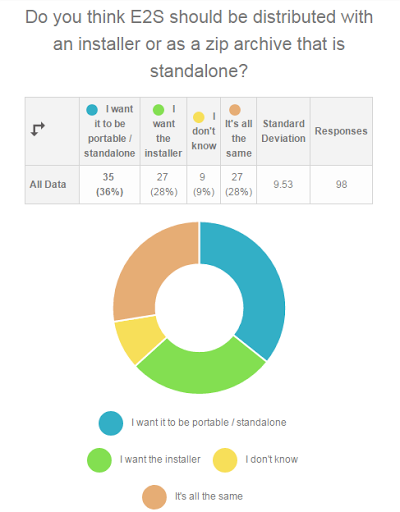 Yeah, installers takes time away from time that could otherwise have been spent on development elsewhere.
But some time in the future, one of the features that would be nice to have is an auto updater.
On extended hiatus.
Top

Good news, i appreciate what both of you did on this awesome tool.

It must be an official tool.

Good luck with your new project

Well, installer is good for having nicely setup , icons and shortcuts of you guys please...

I still keep ets2studio installer and updated every update zip on top of the same files after and used shortcuts from installer still, nice tiny detail that's all

a BIG thanks to ETS2 Studio Team...Bravo guys...

Great news !!
we've got rid of the kids.....our dogs were allergic

aradeth wrote:i appreciate what both of you ...

Don't you mean "all of us"? There's way more than 2 guys involved in the project. There's only 2 developers (programmers) though.

As for installers and icons/shell integration. We don't need installers for that. In fact, unless i am mistaken, we already do shell integration with ETS 2 Studio file extensions with icons and all. No need for an installer to do that.
The only thing missing is shortcuts on the desktop and in the start menu. We can do that but so can any user really. Making shortcuts is easier than using the studio!
On extended hiatus.
Top

I didn't know that all of the authors of ETS2Studio working on ATS Studio and Mods Studio too.
As you said both of you lead designers/programmers afaik.

So, yes you're right humble man, i meant "all of you".