Hey, hope it's not too late.
I just wanted to give some ideas on landscapes for the A2, that I remember after my trip to the ALGARVE, and some tips on navigation signs.

Let's start from the south:

The Serra do Caldeirão is probably the biggest mountain range in the south of Portugal, (maybe serra de Monchique is bigger in area, idk), and it has some amazing landscapes. It makes the border between Alentejo and Algarve and I hope SCS includes these landscapes as a part of the A2 highway.

Then we get to the deep Alentejo, where in this time of the year 40ºC are the normal and where you don't want to stop at all unless you want to sweat

I remember passing this little village visible near the highway, it's called Gomes Aires and it's just before the Almodôvar exit (which I don't think there's space to make) - if you come from the A22. Just wanted to leave here the picture in case you guys are interested.

Here it's even hotter, and it's one of the most common landscapes in the Alentejo. Literally (almost) nothing.

Only 90 kms away from Lisbon, and already in the north of Alentejo Litoral, we have one of the most beautiful cities (at least for me) in the Alentejo. It's called Alcácer do Sal, and it's one of the oldest european cities, founded before 1000 a.C. I'm not expecting SCS to make it thanks to scale but I think the Rio Sado view would surely make justice to the city's beauty.

Now about signs and in particular in the highways:

1000m before the exit we have the "close-exit" signs, another made-up name, for this:

This ones I'm sure you know. Remember they usually appear right before the hw2-hw3 transition.

Near to the exit prefab, there are always this direction signs, I hope you won't forget them also.

And after the exit (I don't think there's a specified distance, in some highways it's 200m after the exit, in others 1km), we have distance signs. I know it's something SCS usually doesn't do but I hope they won't forget them in Portugal, as they're important for navigation, especially for foreigners also.

I think this sums up everything I wanted to say today.

I don't know if I'm still on time, but

I quickly drew this map of the southern part of the country:

I'm (almost) sure the blue roads will be done as they're essential. Believing SCS is adding Sines (which is very likely thanks to some pictures we go that looked like Sines, I would suggest SCS to add the beautiful roads of Costa Vicentina, making a beautiful trip from Sines to Faro or to Spain, via the national roads and not the A2. The Costa Vicentina is one of the most beautiful parts of the country and has beautiful towns like Vila Nova de Milfontes and Porto Côvo, which could be made as scenery villages. And then we would have the rest of the A22 which wouldn't be made otherwise, from Bensafrim and Lagos to Albufeira. From my tests, this all fits into the 1:19 scale, because the national roads are very far away from the A2. I hope SCS makes these roads and these beautiful landscapes!

The roads I believe you should include:

I liked that road concepts, but still think Evora and Beja are must cities for many reasons, like historic or economic significance, besides not letting Alentejo too empty
Polytechnic of Leiria - Portugal - Undergraduate in Games and Multimedia - Year 2 (para a tristeza dos bacanos)
#AddLeiria to the Iberia DLC
Top

My concept doesn’t leave Beja or Évora out, I was just talking about Alentejo Litoral there.
Portugal 1:8 lead developer
Top

I gonna need someone to explain better the context of the Itinerários Complementares, because i often see mentions to the ICs and cannot grasp what they exactly are
Polytechnic of Leiria - Portugal - Undergraduate in Games and Multimedia - Year 2 (para a tristeza dos bacanos)
#AddLeiria to the Iberia DLC
Top 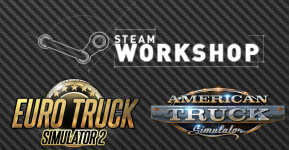 Hey, again!
I hope it's not too late but because it's prefab-related I believe there's still time.
I just wanted to tell SCS that our roads and interchanges have two things that aren't yet in SCS and that I think could have the potential to be very neat details.

As there are no pics on the internet about this, I'll use some of mine (so sorry for the bad res):

It's visible that lines in portuguese roads (not only in highways but in newer national roads as well - like the one below) are reflective. It would be cool if SCS also made this. (oh, and don't forget those corner signs, reflective as well!)

(N238 after the Sertã roundabout)

They were visible also on the picture of that national road (up here). In more important and newer 1+1 and 1+2 roads they do exist a lot (for example, the IP2 - I believe, and the IC8 - that picture was taken on the N238, btw).
On the highways and smaller motorways, they're also in the exit prefab.

So let me understand, they are not roads per se, but just routes traced from one city to another? That's a confunding aspect, i can't remember of other countries having similar things, at least in ETS2
Polytechnic of Leiria - Portugal - Undergraduate in Games and Multimedia - Year 2 (para a tristeza dos bacanos)
#AddLeiria to the Iberia DLC
Top

Hey, so here goes one detail I forgot to mention and a suggestion (more like a dream

The detail is about the attraction signs. I don’t know if you know them, but they’re usually red on the corners and brown in the panel, and they contain attraction information about the next exit. They’re placed before those far exit signs I talked about (usually 3/4/5 kms before the exit).

(and in-game, I made it for my mod also)

Now, about the suggestion:

There’s one road that everyone that likes to travel in the center of Portugal knows, and that’s the IC8. Some years ago, not too long ago tho, the IC8 was finished, and it now allows trips from Figueira da Foz to Castelo Branco, making an “horizontal” line on the portuguese territory and having beautiful landscapes, mainly in the Beira Interior part, also offering an easy access to very important towns or cities like Sertã and Pombal. I know thanks to scale you’re most likely not going to make that, but I think the IC8 is worth it alone thanks to the landscapes and thanks to the fact that it’s a funny experience, being a 1+1 sometimes 1+2 road in the mountains. Here go some pictures:

And yes, I know it’s probably too late (and sorry for that).
Portugal 1:8 lead developer
Top
Post Reply
123 posts