@flight50 LMAO right, and also that's why you go around em XD lol. Which brings me to another point, we need more backroads to go around scales if we want lol
Oil Industry Expansion Poll
Transmission behavior while engine braking poll
Top

For sure. I drove overweight Tremcar food tank from Calif to Phoenix once and I was late because the bypassing routes were too long.

It is important to note here that there are at least three types of hay balers:
- square hay balers.
- round hay baler.
- packaged round hay balers.
So there are 3 options of agricultural implements that can be added to the game and are complementary if the American Truck Simulator game can have the transport of square hay and round hay.
The company mentioned above is well known especially in the United States and worldwide for its hay shredders, it is a very important cargo or equipment in the agricultural world on the continent of the Americas.

Especially in the countries of North America United States and Canada particularly during the winter so that the hay is crushed to feed the cattle and in this way the herd can overcome the extreme cold in this part of the continent of the Americas.
Last edited by plinio.lisboa.br on 04 Jul 2020 01:29, edited 1 time in total.
Top

Now this, being myself an agricultural equipment "fan", is a very interesting topic

About the balers: in states like New Mexico and Texas, where there isn't enough rainfall and very hot days and so the crops become dry, other than pivot irrigation some farms use a machine called steamer, which is hitched between the tractor and the baler, that sends hot steam to the baler and so ensures an high quality crop even if it's baled during the hottest hours of the day.

Staheli West Steamer
There are two main types of bales, and so balers:
Square bales and round bales
- Square bales can be small bales or large bales, the most common bale size on medium-big farm operations / custom baling operations is 120 x 90 cm, and so the difference between large square bales can be the density of the bale.
An image showing a 2020 New Holland T8 AutoCommand (CVT Transmission) pulling a 2020 New Holland BigBaler 340 High Density baler and a 5 bales accumulator, which as the name says accumulates 5 bales and then drops them at the same moment. This machine is used to make the bale loading easier, by unloading groupd of 5 bales in the same place. 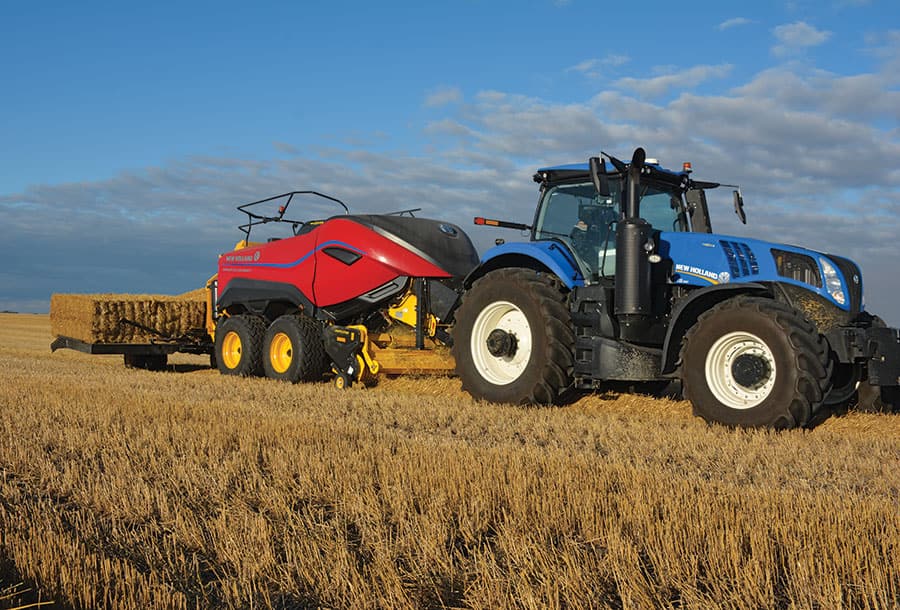 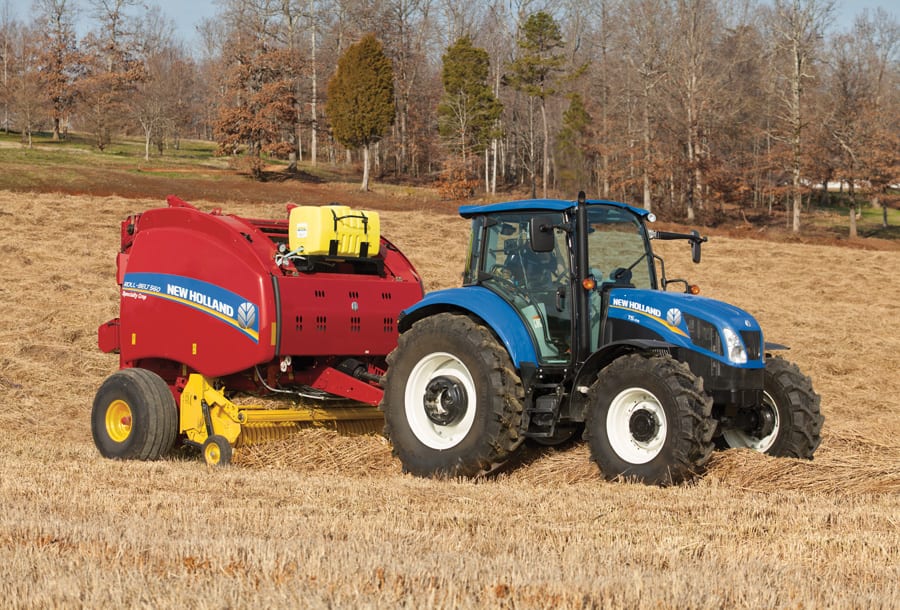 @Fab please add all that you can. It only increases our options. In game, we have HMS Machinery. I so hope that some day, ATS can actually have 2-3 large machinery prefabs. HMS Machinery is like a fix it/ mechanic shop. Tossing in a real retail shop or even a rental farm equipment shop is ideal for large machinery. Imo, we should have at least (1) construction machine retail prefab, (1) agricultural machine retail prefab and (1) rental place for both. That is (3) prefabs to categorize large machinery. Things could be more specific to building types. Then HMS Machinery can be the mechanic fix it shop as it appears to be now. We need the other pieces to the puzzle for large machine and that is the retail/rental side. If we want to go even further than that, we should get the manufacturer for these. So it can get even deeper. It should be:
We are missing the top 3 in this equation. In ATS, we get the end result prefabs but as more states come and things get deeper, the beginning stages are should start got populate delivers a bit more.
DON'T BUY SHIFT KNOB FROM CSIO OR TA! YOU'VE BEEN WARNED!
*Poll: Choose Next 2 ATS States
*Poll: ATS Flatbed
*ATS Concept Map
*ATS Special Transport
*North American Agriculture
Top

@plinio.lisboa.br Thanks, i tried to do so but I didn't put there the entire url, only the "share" link. My bad, anyway thank you very much! Going to update the post.

Edit: it still doesn't work, not sure why

Edit2: changed video and now it works, so it was the video setting made in the wrong way. Anyways thanks my friend

Sometimes youtube videos also have extra stuff in the url that you have to remove. Normally its stuff after the = sign. Here and there, I still run across video that still won't embed though.
DON'T BUY SHIFT KNOB FROM CSIO OR TA! YOU'VE BEEN WARNED!
*Poll: Choose Next 2 ATS States
*Poll: ATS Flatbed
*ATS Concept Map
*ATS Special Transport
*North American Agriculture
Top

The factory has many other very interesting equipment on the world of agriculture dedicated to growing potatoes in North Dakota, U.S.A.

Note:
Here in Brazil, in the world of agriculture, all the equipment for harvesting some product, which is attached to a tractor; we call it a "trailhead" (portuguese = Trilhadeira) our "reaper".
Top
Post Reply
79 posts